Ottawa to spend another $305M on pandemic assistance to Indigenous communities

“This funding will provide crucial support to key community initiatives” 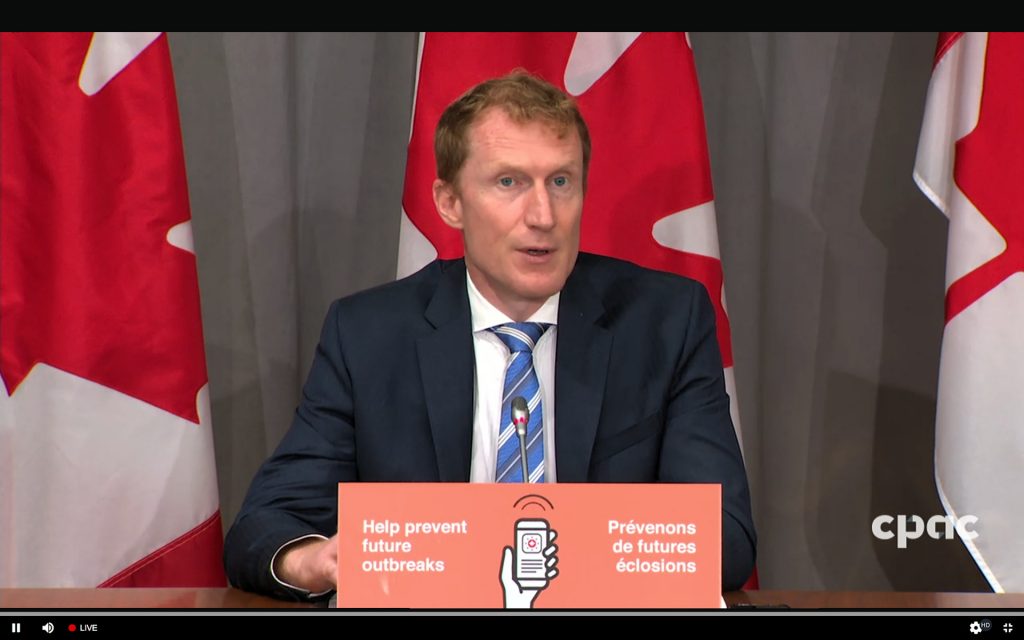 Marc Miller, the Indigenous services minister, announced today in Ottawa that the Liberal government will spend another $305 million to help Indigenous communities cope with the COVID-19 pandemic. (CPAC screenshot)

The new money will go into a special program called the Indigenous Community Support Fund, which the federal government announced this past March 18. Their initial contribution at that time was also worth $305 million.

“This funding will provide crucial support to key community initiatives that strive to prevent, prepare for and respond to COVID-19 in First Nations, Inuit and Métis communities,” Miller told reporters.

The new money, like previous contributions to the support fund, will be distributed through Indigenous organizations and governments. Miller said that’s because local and regional Indigenous leaders are best able to respond to local conditions and changing circumstances.

He said distribution criteria will continue to include factors like population size, health indices, vulnerabilities and remoteness.

Some of the money will also go towards Inuit and Métis living in urban centres, on an “application basis.” Miller said the federal government will provide details about that at a later date.

It’s not clear how much will go into the four regions of Inuit Nunangat, but the first $305-million tranche from last March led to $45 million flowing through the four organizations that compose Inuit Tapiriit Kanatami.

At that time, the four organizations divided it up like this:

• $5.35 million to the Nunatsiavut Government.

Miller said that, as in past months, the new money will go towards community-based efforts such as:

• Support for elders, children and other vulnerable community members

“Inuit and Métis are among the most vulnerable in Canada. They have been confronted, and throughout the pandemic continue to be confronted, with unique challenges exacerbated by social inequalities,” Miller said.

But he praised Indigenous leaders across the country for playing a “strong role” in keeping novel coronavirus infection rates at low levels within their communities.

“They and their governments, organizations, are the best place to determine the needs of Indigenous peoples and to develop community-based solutions to respond to these challenges,” Miller told reporters.

As of Aug. 11, 425 positive cases of COVID-19 had been reported within First Nation reserves. Of those individuals with positive cases, 34 have been admitted to hospital and 393 have recovered, Miller said.

And he pointed out that within Nunavik the 17 people who tested positive for COVID-19 earlier this year have all recovered.

At the same time, Nunavut is holding steady with zero cases within the territory.

The new injection of cash means that since March, Ottawa will have put $685 million into the community support fund. Of that amount, they’ve already allocated $380 million.

In addition to the Indigenous Community Support Fund, money from other federal commitments has also provided benefits to Inuit and other northern Canadians, including the following:

• $72.6 million for health and social services support to the governments of Yukon, Northwest Territories and Nunavut

• Up to $306.8 million in interest-free loans to help small- and medium-sized Indigenous businesses