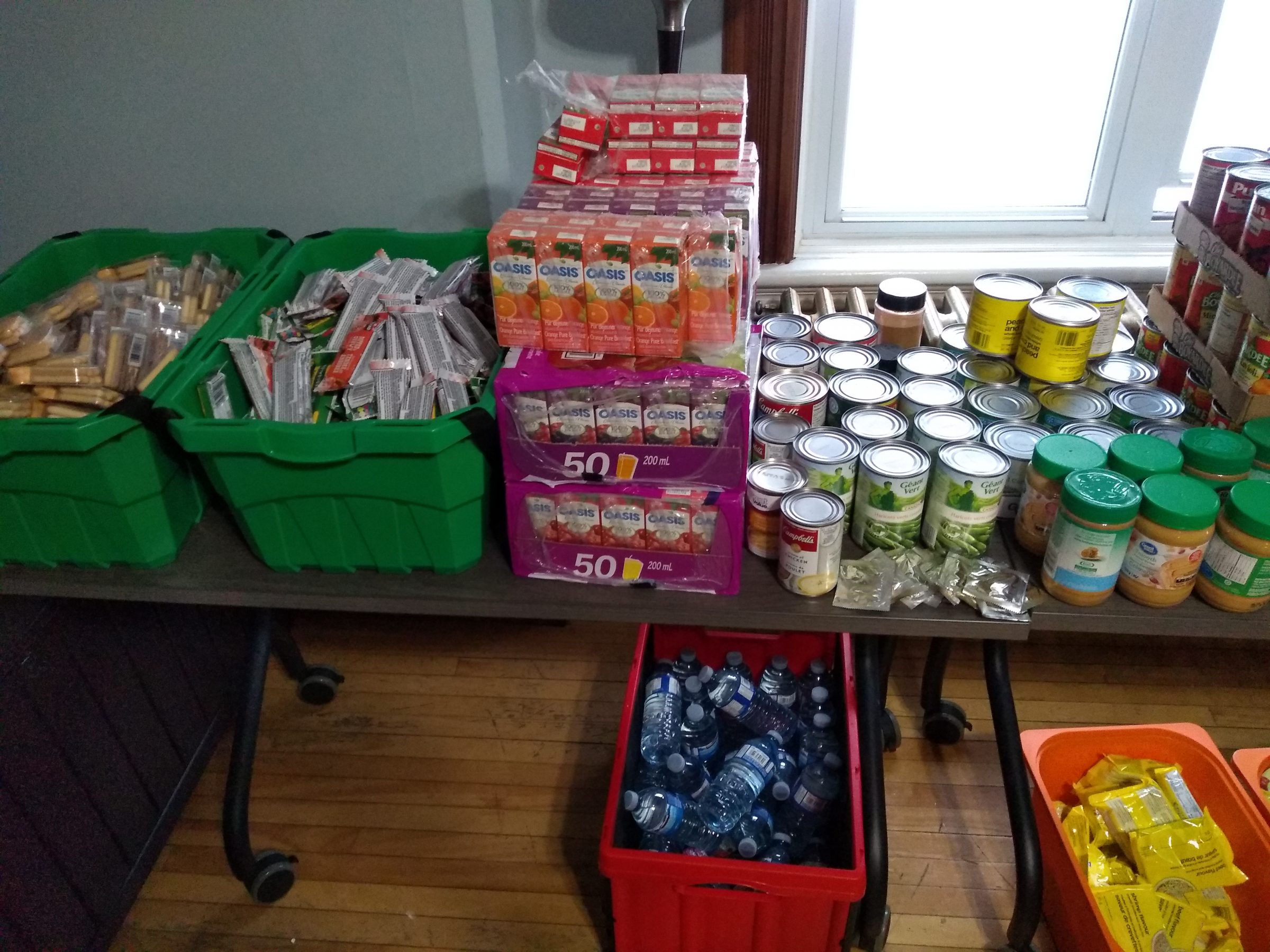 A look at some of the contents of the hampers distributed last Saturday by Tungasuvvingat Inuit, the Ottawa-based Inuit community organization. TI will distribute food and other supplies to vulnerable Inuit in the nation’s capital on Thursday, March 19, with details available on its Facebook page. (Photo courtesy of TI)

Even as Ontario declared a state of emergency this week, many Ottawa-based organizations serving the large Inuit population in the province and across Canada have already closed their doors to limit the spread of the novel coronavirus that causes COVID-19.

Tungasuvvingat Inuit, the organization for Inuit in Ontario, shut down its public programs last week.

So TI is now looking at opening a phone line for counselling “to make sure we stay connected,” said Jennisha Wilson, a program manager at TI, in an interview from Ottawa.

TI’s overall focus during the pandemic is to have something in place if the entire city of Ottawa shuts down, she said.

She said TI is now planning for how it will continue to help the most vulnerable Inuit among the roughly 4,000 who live in nation’s capital. 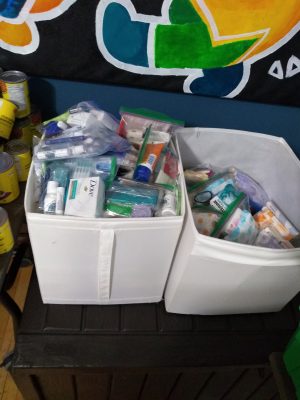 Tungasuvvingat Inuit says it will continue to provide hygiene supplies to Inuit in Ottawa who need them. This photo shows items distributed last weekend. (Photo courtesy of TI)

Last Saturday, March 14, TI distributed more than 50 hampers, filled with a variety of items from pre-packaged food to hygiene supplies like toilet paper.

TI has since instituted a system to deliver hampers to Inuit elders on Thursdays.

Wilson said TI plans to continue to obtain and distribute items, working closely with the Ottawa food bank and donors.

Among the recent deliveries of in-demand supplies to TI is a large quantity of toilet paper, packed in single rolls.

“We can think creatively about what we have, what is sold out and what we can get, such as country foods,” said Wilson, who is working with a Quebec distributor to obtain seal meat.

For now, no information has come to TI yet about any Inuk who is confirmed to have COVID-19.

“But in terms of exposure, the reality is that there is overcrowding in the North and the shelters here [in Ottawa] are overcrowded and people tend to share resources, so there could be a level of exposure happening,” Wilson said.

Dr. Vera Etches, Ottawa’s medical officer of health, said in a news release on Sunday, March 15, that there could now be “hundreds to even a thousand cases” of COVD-19 in Ottawa.

“I am asking all people in Ottawa to increase their practices of social distancing. This means limiting non-essential trips out of the home and making efforts to maintain a distance of one to two metres from other people as much as possible,” Etches said.

On its Facebook page, TI has posted information about COVID-19 prevention, such as social distancing.

Other organizations serving Inuit have also shut their offices down: