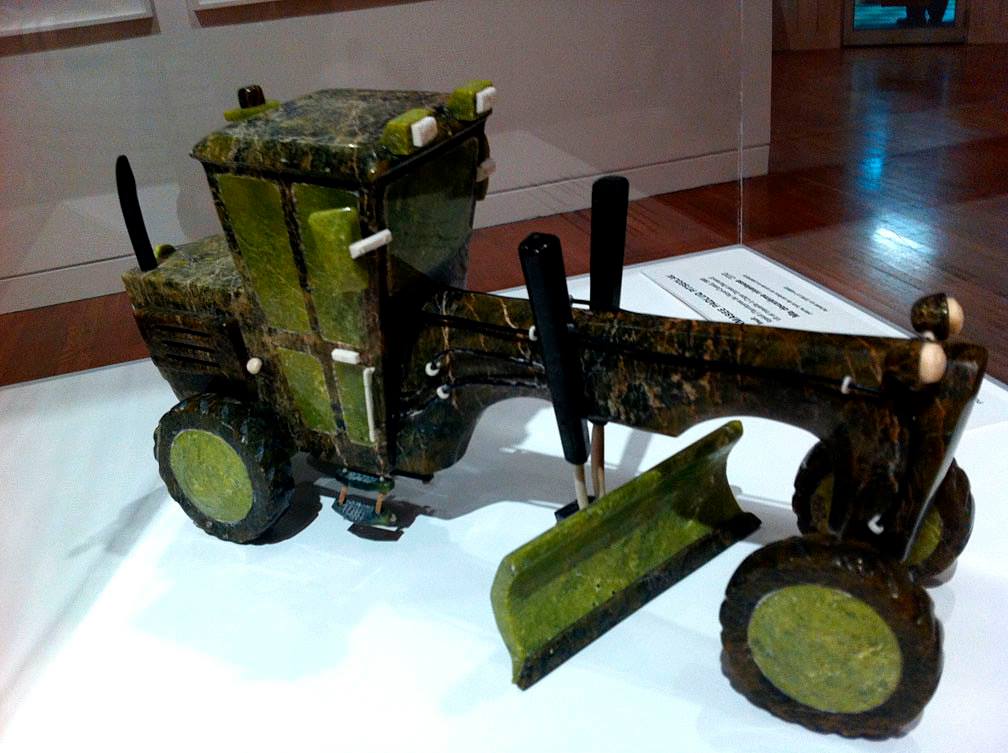 One of 2018’s top photos: Cape Dorset artist Jamasee Padluq Pitseolak created this sculpture, titled My Second Grader, in honour of his father, Mark Pitseolak, who worked as a heavy machine operator. It’s made from stone, caribou antler and plastic cord. Nunatsiaq News managing editor Patricia Lightfoot photographed it at an Ottawa event.

The staff at Nunatsiaq News wish our readers a restful Christmas holiday. We will resume publishing on Dec. 31.

A mother polar bear with her cubs 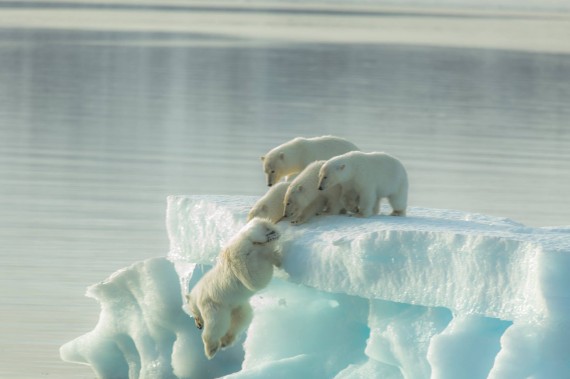 A mother polar bear plays with her four cubs on an ice floe near Arctic Bay on Sept. 28. “Many of us sort of became tourists and got our cameras out, for we witnessed something rare—a polar bear with four cubs,” said photographer Niore Ikalukjuaq. 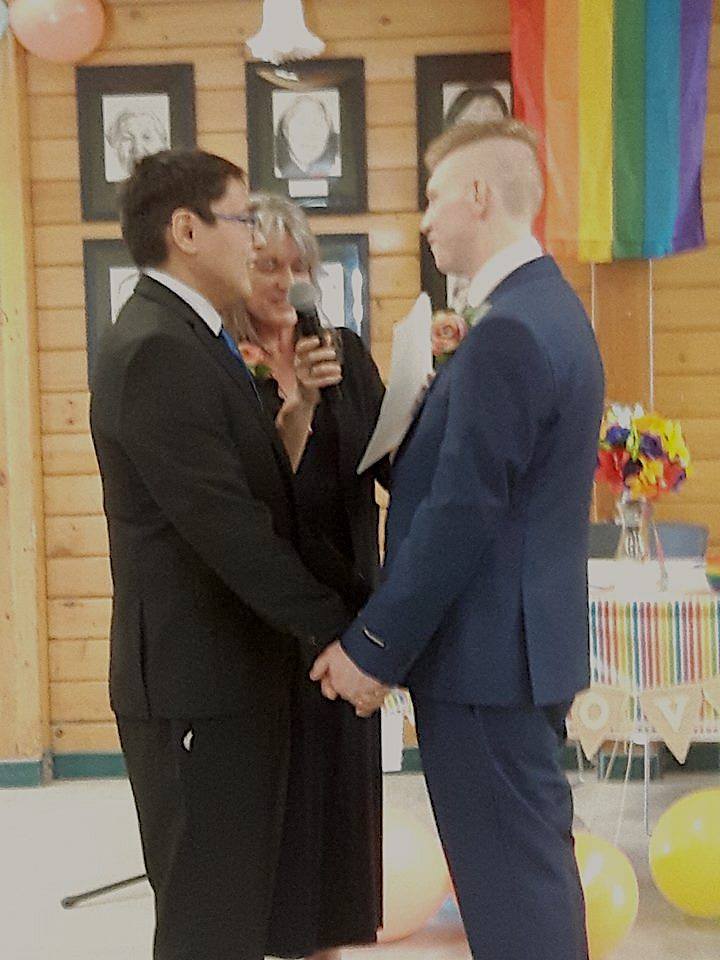 Jason Koblogina, 27, and Kyle Mercer, 20, exchange vows in the Luke Novoligak Community Centre in front of friends and family on Aug. 8, in this photo – one of the top-viewed images published by us in 2018 – taken by Aopak Angulalik. 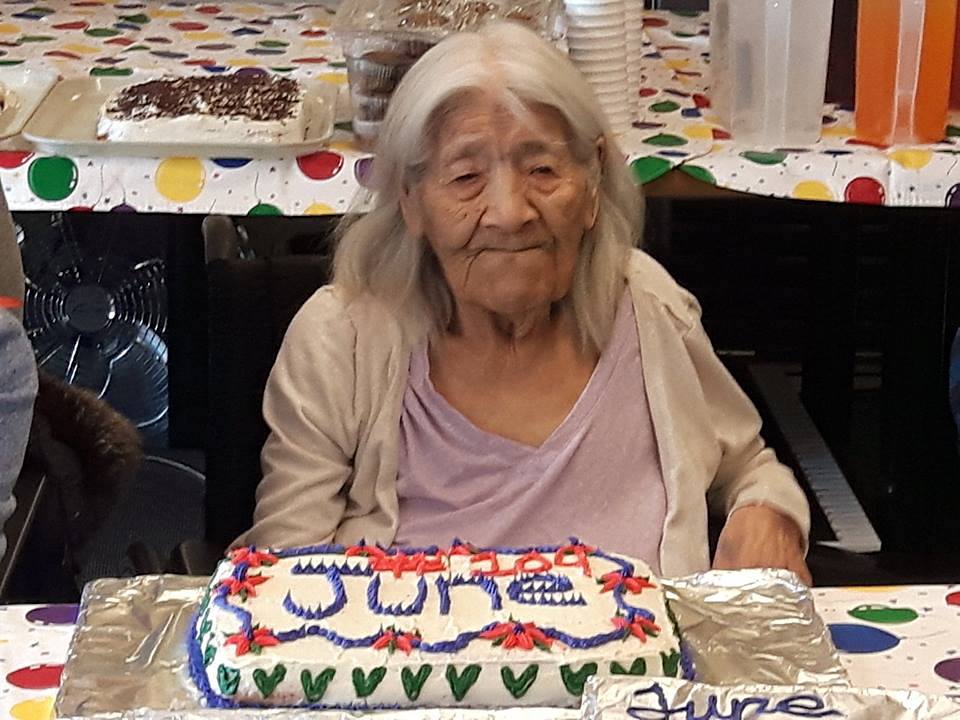 June Okalik Klengenberg, a resident of Gjoa Haven’s continuing care facility, celebrates her 104th birthday June 1, with a big cake and music from the Gjoa Band, which shared this photo. Klengenberg was born on Holman Island in 1914. In 1932, she married Andrew Klengenberg, the son of Christian Jorgensen Klengenberg, the famous Danish whaler and fur trader who is well-remembered throughout Alaska and Canada’s western Arctic. 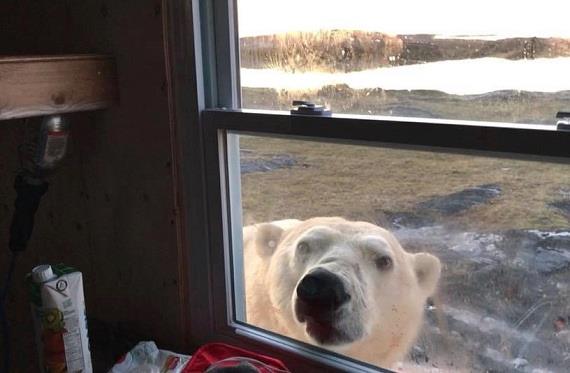 Felix St-Aubin was out at his cabin at Killinik, near Kangiqsualujjuaq, in August when he was woken up not once, but twice, by two different polar bears who came to visit. St-Aubin said he came to face-to-face with this polar bear at about 3:30 a.m. when he found it looking into his cabin window. The animal sniffed around and then wandered away, he said. 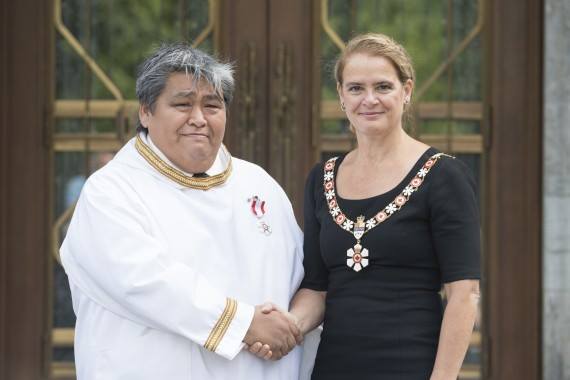 Andrew Qappik of Pangnirtung shakes hands with Governor General Julie Payette on Sept. 6 at Rideau Hall in Ottawa during his investiture into the Order of Canada. Qappik, seen here in a photo by Sgt. Johanie Maheau from Rideau Hall, was honoured for his “initial drawings that helped inspire draft versions of Nunavut’s flag and coat of arms” and “for his contributions to defining the visual culture of Nunavut as a master printmaker and sculptor.”

The “Father of Nunavut” speaks 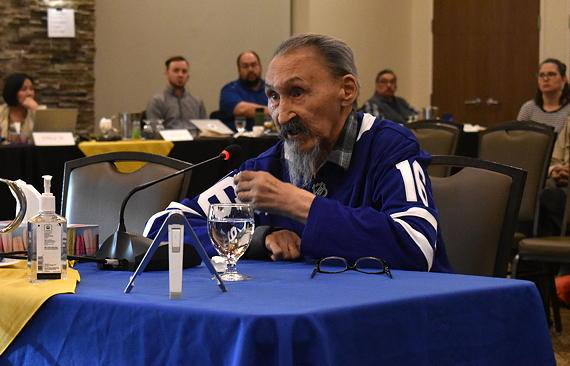 John Amagoalik gives a passionate speech to Nunavut Tunngavik Inc.’s annual general meeting on Oct. 25 in Iqaluit. Known as the “Father of Nunavut” for his involvement in the creation of the territory, Amagoalik spoke about how a stroke made him consider his “bucket list,” and what he hopes to see come from the Nunavut Agreement.

Compliments to the chef 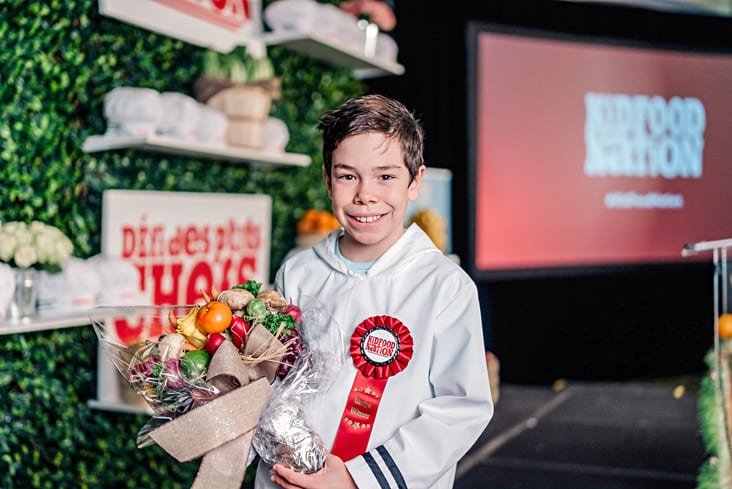 River McCluskey was one of 26 youth aged seven to 12 who won in the Kid Food Nation recipe contest. The weekend of Oct. 19 he and his healthy-cooking cohort were celebrated at the Fairmount Chateau Laurier in Ottawa, in this photo published courtesy of the Boys and Girls Club of Canada. 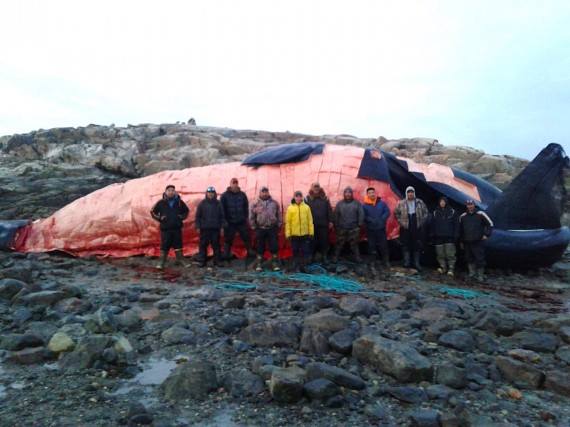 One of 2018’s top photos: Naujaat’s whalers stand by the bowhead whale they landed on Aug. 26, in this shot taken by Gabby Tinashlu. 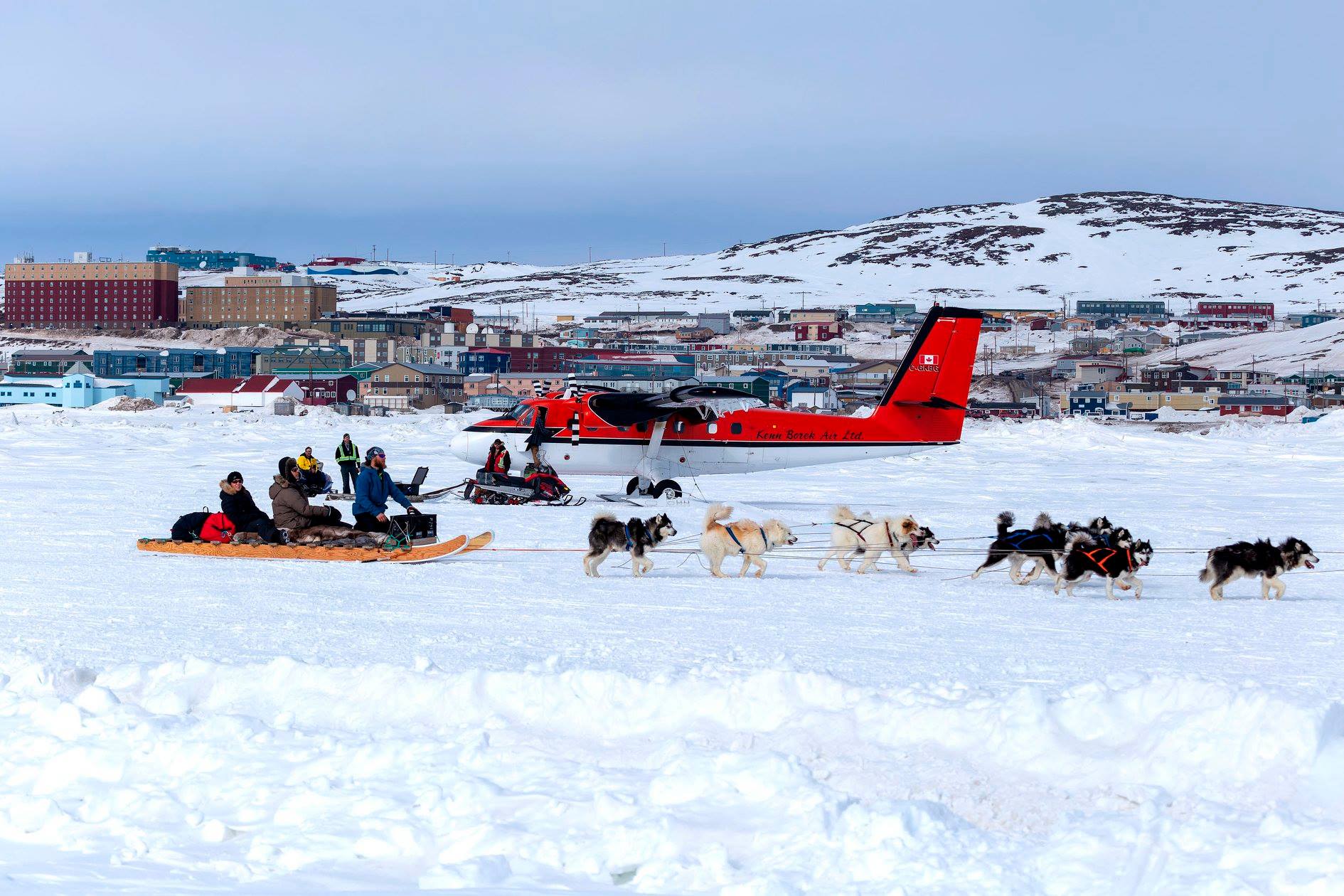 A dogsled team passes a Twin Otter aircraft that had landed on the sea ice outside Iqaluit on April 18. Brian Tattuinee of Iqaluit saw the team against a background of Kenn Borek Air practising takeoffs and landings with the ski-mounted plane that day.