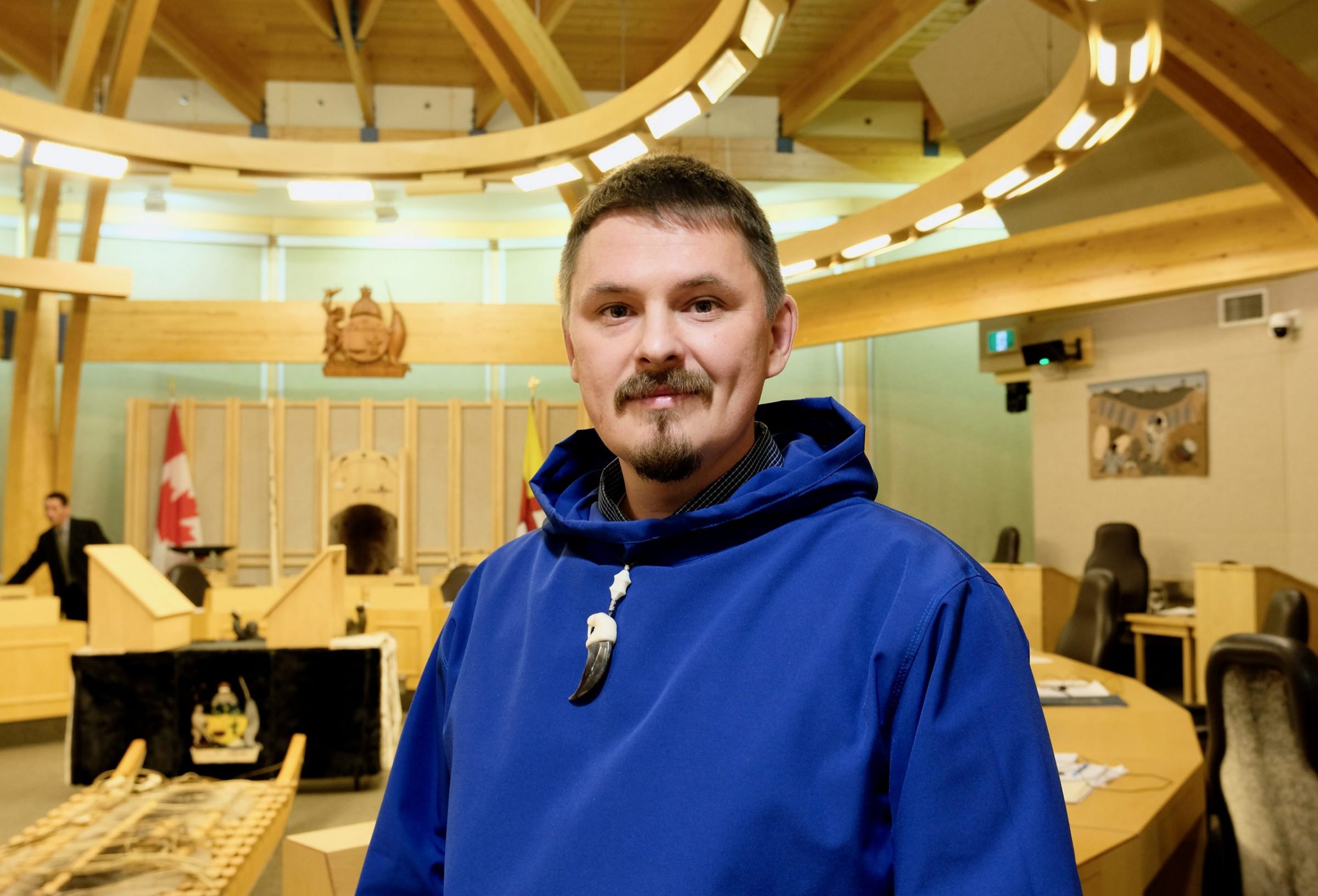 P.J Akeeagok has been named Nunavut’s new premier-elect after a three-way race on Wednesday.

“I’m very honoured,” he said, and then thanked his family, elders, and constituents after he was elected.

“I know there’s so much work to be done but I think we’re ready to pull up our sleeves and get to work.”

The race was settled by secret ballots cast by the MLAs elected to the sixth legislative assembly by Nunavummiut.

Before MLAs voted, each nominee made a speech and answered questions from other members.

Akeeagok referenced the Iqaluit high school students who walked into the lobby of the legislature on Tuesday to demand more resources.

“I want every one of them to know we heard you loud and clear,” he said, addressing the youth.

He compared the severity of suicide rates in Nunavut to the COVID-19 pandemic.

“Governments were able to mobilize very quickly, they were able to provide support to ensure safety,” he said about the pandemic response. The response to suicide needs to be similar, he said.

“I will do everything in my power to bring tangible solutions to the issue.”

Akeeagok was the president of the Qikiqtani Inuit Association for seven years until resigning to run in Nunavut’s Oct. 25 general election.

This experience came up when the nominees for premier debated how the Government of Nunavut should work with Inuit organizations to tackle issues, like the housing crisis, more effectively in the territory.

With Nunavut Tunngavik Inc., having recently passed a resolution to seek Inuit self government, and stating the GN has failed Inuit, Akeeagok said he’s looking forward to meeting with NTI executives soon, in an interview after he was elected.

“To really come openly and really listen in terms of where we could collaborate,” he said.

Akeeagok said two of his top priorities if elected would be addressing the housing shortage and elder care needs.

Throughout the candidate debate, Savikataaq relied on his track record and said his strength is being fair to all Nunavummiut and listening to all sides of issues.

He said giving him a second term would allow for consistency through the changing government.

“There is no learning curve.”

Health Minister Kusugak spoke about the need for the next government to be proactive multiple times.

“This government has to stop being a reactionary government on very important issues such as child abuse, suicide, and other crimes to our women and children,” he said.

When the topic of decentralizing the GN to create jobs in small communities came up, Kusugak also suggested more remote jobs be made available to bring remote Nunavummiut into the workforce without needing to build local offices.

Tony Akoak, the MLA for Gjoa Haven, was elected as Speaker of the house at the beginning of Wednesday’s leadership forum.

On Wednesday evening, eight ministers will be chosen from the group of MLAs, also voted-in by their peers by secret ballot.

The premier-elect will assign ministers their portfolios in the coming days.

After the premier was chosen, the MLAs voted for the eight members who will form the cabinet.

They nominated 16 of their peers, including six newcomers, to become ministers, forcing more voting to narrow the field to eight.

Seven ministers were voted in on first ballots.

But four more ballots were needed to narrow down who got the last seat in cabinet, with Aggu’s MLA Joanna Quassa, breaking the stalemate.

Pamela Gross, the MLA for Cambridge Bay, and Aggu’s Joanna Quassa, are the only first-time MLAs in the cabinet and are among the four women chosen for ministerial positions.

It’s up to Akeeagok, as premier-elect, to assign ministers their portfolios in the coming days. MLAs will be officially sworn in to their roles on Friday.