Pandemic at forefront as spring legislative session kicks off 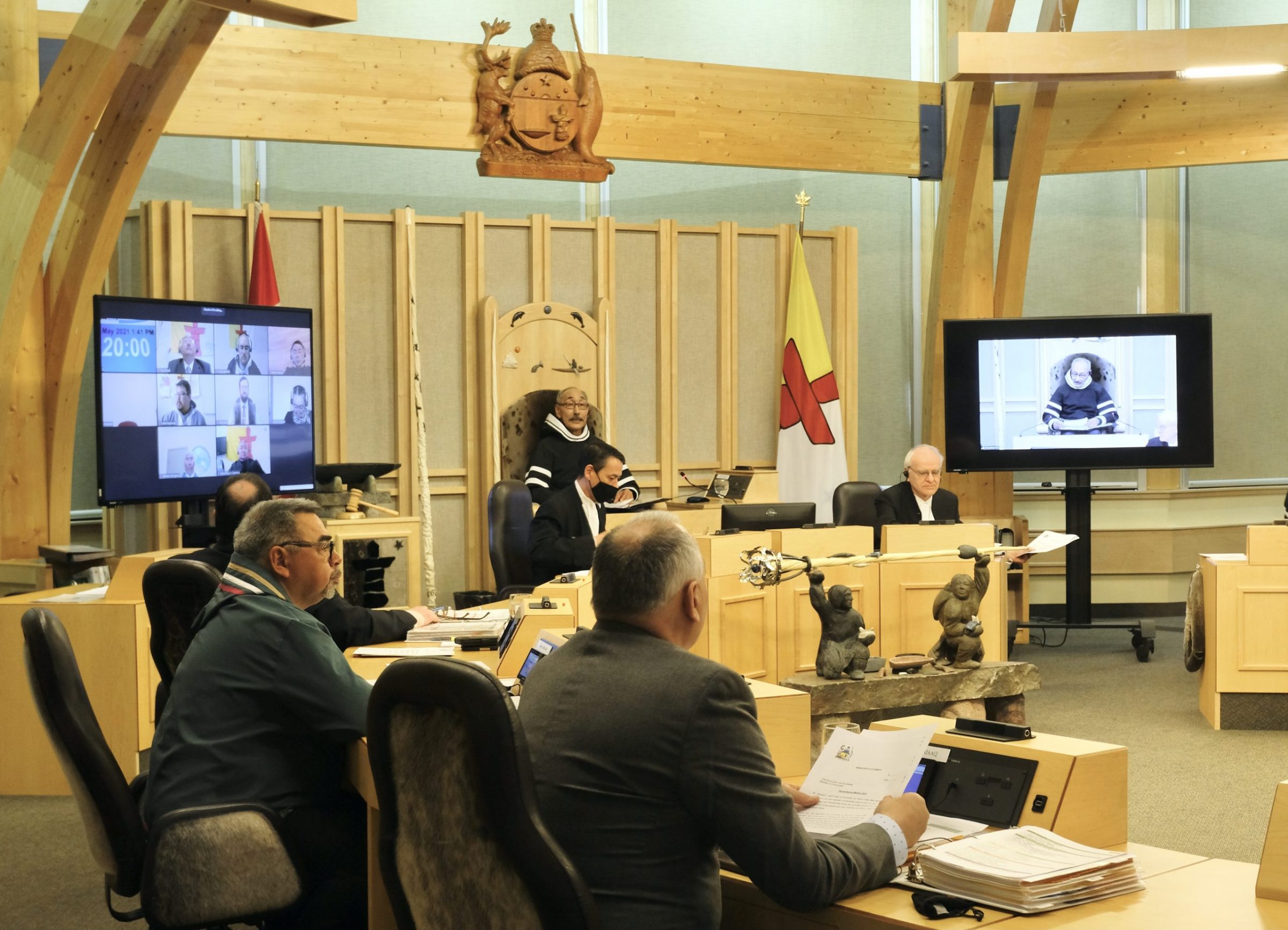 Most members of Nunavut’s legislative assembly are participating in their spring session virtually, as the outbreak in Iqaluit continues. (Photo by Mélanie Ritchot)

Most members of Nunavut’s legislative assembly are taking part in their spring sitting virtually amid Iqaluit’s ongoing COVID-19 outbreak, which is limiting travel between communities.

The virus, which is keeping nine of 13 MLAs home, was the most talked about topic in the chamber as territorial leaders reconvened Thursday.

John Main, the MLA for Arviat North and Whale Cove, opened question period by asking Health Minister Lorne Kusugak whether those in the Kivalliq region needing emergency medical care could be sent to hospitals in provinces other than Manitoba, which is currently recording the highest infection rate per capita in North America.

Kusugak said the department is prepared to do that, but he was not aware of any patients redirected for this reason to date.

Iqaluit-Niaqunnguu MLA Pat Angnakak questioned whether the Government of Nunavut would implement paid sick leave for workers as other areas of Canada have done, echoing a recent call from Nunavut Tunngavik Inc.

Finance Minister George Hickes said he isn’t interested in creating new legislation that would no longer be needed by the time it could be used.

“It wouldn’t be available until September, which is realistically the light at the end of the tunnel,” he said.

Angnakak responded, “let’s hope we don’t have any more pandemics where it would have to be addressed.”

In late April, the territory’s chief medical health officer Dr. Michael Patterson said he was considering plans submitted by Baffinland Iron Mines Co. and Agnico Eagle to allow this to happen. At that time, Patterson said his office was working with the mining companies in planning and preparation, but he did not offer a date for when a return to work could be.

There is still no timeline, Akeeagok said, explaining that many factors like ongoing outbreaks and vaccination rates both in the territory and in the south play a role in deciding when Nunavummiut can get back on site.

Nunavut’s isolation hubs also came up during question period, when Gjoa Haven MLA Tony Akoak asked the health minister whether people who break the rules and have to restart their 14-day isolation period more than once should pay for their stay out-of-pocket.

“We don’t like to make people pay for their isolation,” Kusugak said.

“Many, many people go through medical travel and it’s very difficult on the finances.”

He said there are counsellors and staff at the hubs who try to support those struggling to complete their isolation.

The territorial election date could also be up in the air, according to Speaker Paul Quassa.

It is currently scheduled for Oct. 25, but Quassa said if necessary, it could be revisited if the pandemic is still making in-person events, such as voting, unsafe.

This spring sitting runs until June 10.