‘Our numbers are high, but we are not guaranteed funding,’ says Ikurraq Food Bank manager 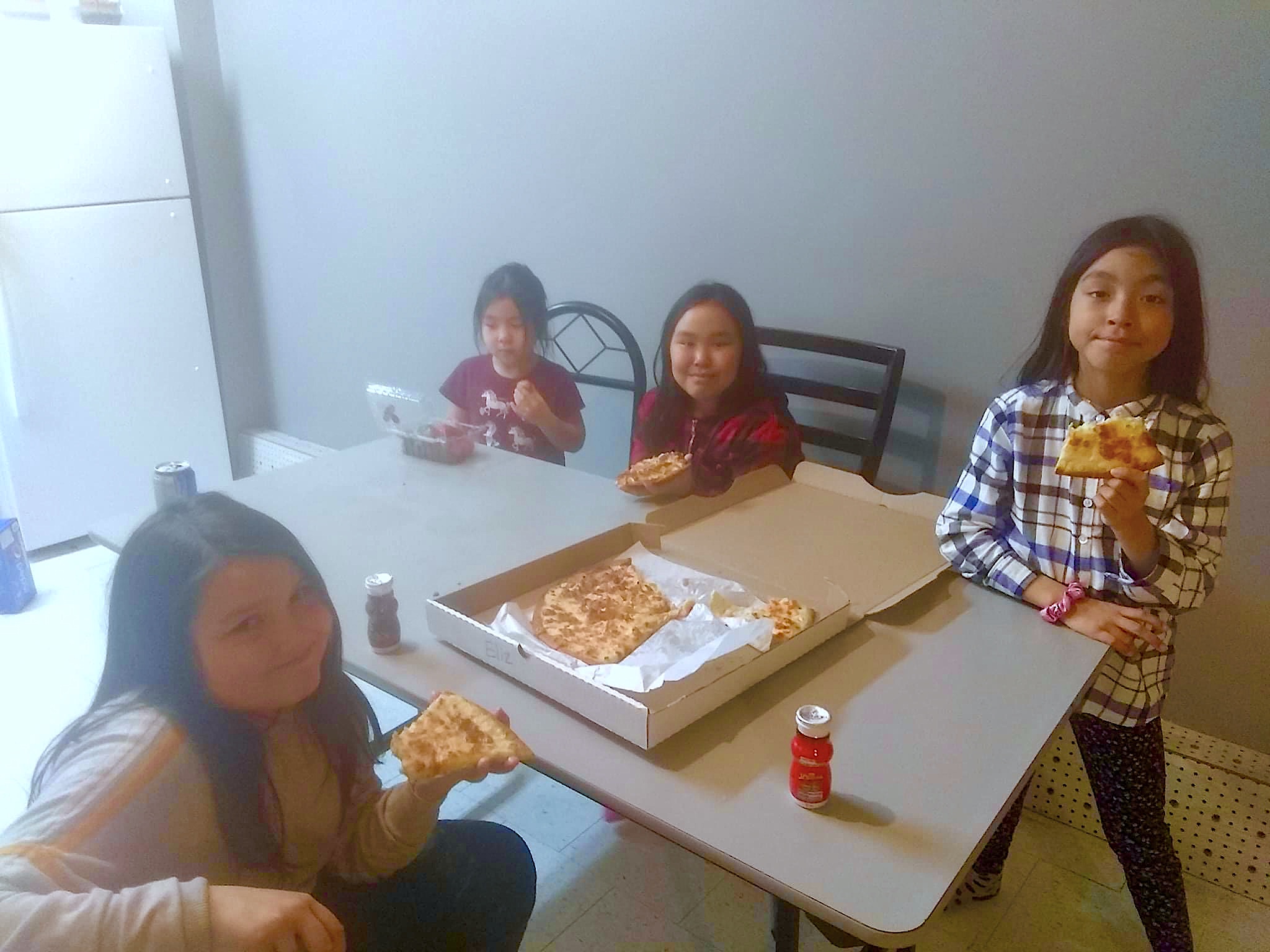 From left to right, in the back row, Bailey Irkotee, Rachel Taparti, Akeelak-Kate Irkotee and, in the front, Brooklynn Czar enjoy pizza at the Slap Shot canteen thanks to Rankin Inlet’s Ikurraq food bank. (Courtesy of Eliz Irkotee)

The Ikurraq Food Bank in Rankin Inlet faces an uncertain year ahead because its clientele has grown, but the volunteer-run food-bank has no stable source of income.

“It’s concerning that our numbers are high, but we are not guaranteed funding for the coming year,” said David Fredlund, the food bank’s volunteer manager.

It is not a registered charity, so it uses an account at the local cooperative store for monetary donations not funnelled through the hamlet or sent in directly by corporate or private donors.

Over the past year, Ikurraq also received about $250,000 through the various relief programs from the federal and territorial governments and Inuit organizations, as well as donations of food and cash.

The additional money took “some of the burden of our shoulders,” Fredlund said, adding the food bank usually also fundraises to support itself.

But those efforts were impossible over the past year due to the public health measures designed to contain the spread of COVID-19.

The money, which will flow through the four Inuit land claims organizations, including Nunavut Tunngavik Inc., will be used to support Inuit-led COVID-19 food security relief initiatives. Fredlund said he doesn’t know how much of that money might be destined for Ikurraq.

Those at Ikurraq were able to wrap up the challenging year with a giveaway over this past month of nearly 400 chicken alfredo pizzas.

“We wanted to do something for people in the community as a whole,” Fredlund said.

For the giveaways, Ikurraq organized draws where people could enter their names in for a pizza.

“Not all those who won a chance for a pizza were regular food bank users,” he said. “But everyone has a need at some time in their life. So this is kind of a way of giving back to the community.”

The pizzas were made by the Slap Shot canteen, a fledgling business which itself had a tough year of operation during the pandemic. 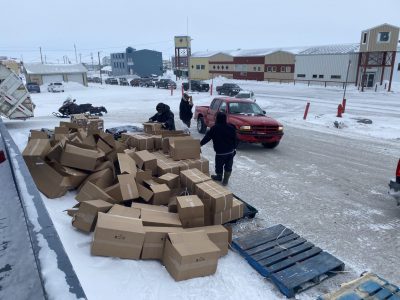 The demand for food overall in Rankin Inlet was up this year, Fredlund said.

“We have definitely seen an increase in the number of people who have come to the food bank,” he said.

That could be due to the fact that many had to stay home while under lockdown, he suggested. For example, Agnico Eagle sent all of its Nunavut workers home last March, with 75 per cent of their salaries.

But even before the pandemic, 76 per cent of Inuit aged 15 and over living in Inuit Nunangat were experiencing food insecurity, that is lacking food, according to the 2017 Aboriginal Peoples Survey.