“Why not honour and respect Inuit by listening?” 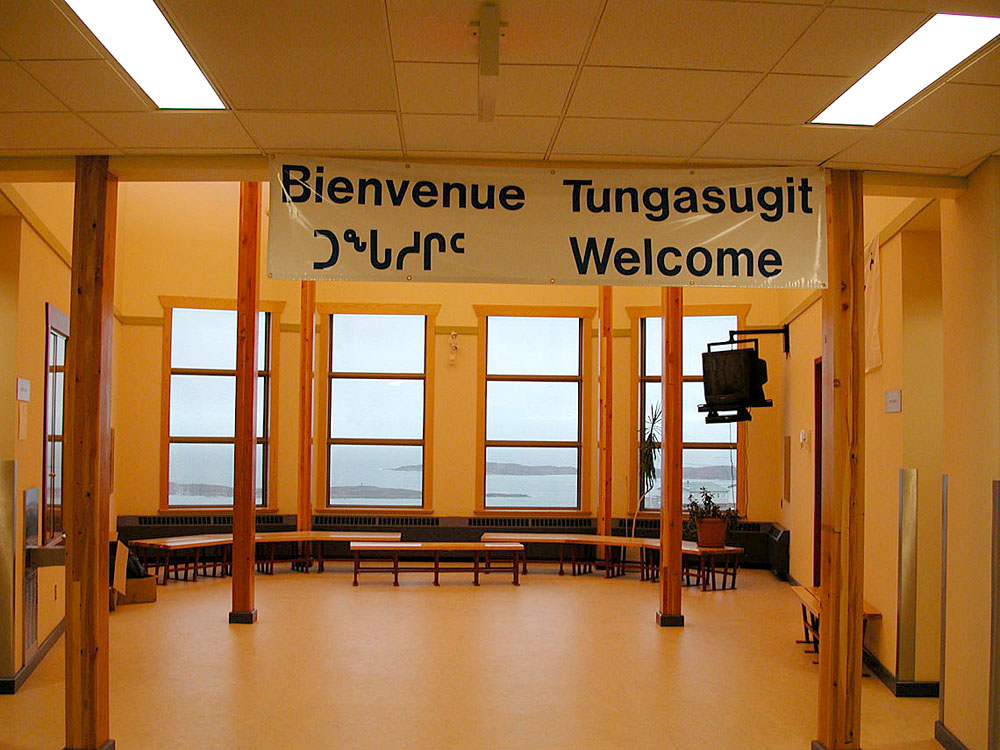 Signs in three languages and two writing systems welcome visitors to École des Trois-Soleils in 2003, about a year after the school opened in Iqaluit. (File photo)

We write as concerned parents of children attending École des Trois-Soleils (ÉTS) and not as employees of Qulliq Energy Corp. or the Government of Nunavut, respectively.

It presents overwhelmingly positive and privileged Qallunaat perspectives of the Sila land-based education program. It describes some of the context of the program, yet masks concerns some parents have raised about Sila since its inception two years ago.

As Qallunaat parents of French-speaking Inuit children, we have written letters to the Commission scolaire francophone du Nunavut (CFSN) and the GN Department of Education since the fall of 2017 to make clear our objections to the local francophone school leadership promoting the appropriation of Inuit culture and knowledge.

Following his participation at the CSFN annual general meeting in October 2017, Derek wrote a letter to the CSFN about its lack of transparency in using GN funds to hire non-Inuit for Innait Inuksiutilirijiit (Inuit Elders in Schools) for the Sila program at ÉTS. The CSFN has yet to respond.

1. Inuit elders and guides do not speak French.

2. ÉTS has “to follow the school’s language mandate,” which is to promote, preserve and protect French.

But at what cost? Must ÉTS take such a firm stance on the exclusion of Inuit when teaching and learning on Inuit land?

Trying to connect to Inuit land without truly connecting to the people of this land (that is, Inuit) is an example of colonialism. It is also an example of conflicting educational policies and practices at École des Trois-Soleils, which is a GN institution.

Why not honour and respect Inuit by listening?

Note: Nunatsiaq News thank Derek Allerton and Laura Thompson for their letter. It was never our intent to “mask concerns” that we could not possibly have known about in advance. When the imputed article was published, we had no inside knowledge of any letters of concern that parents may have sent to the CFSN, or any inside knowledge of the CFSN’s alleged use of GN funds.

All letters are edited for length, grammar, punctuation, spelling, taste and libel. You may withhold your name by request, but we must know who you are before we publish your letter