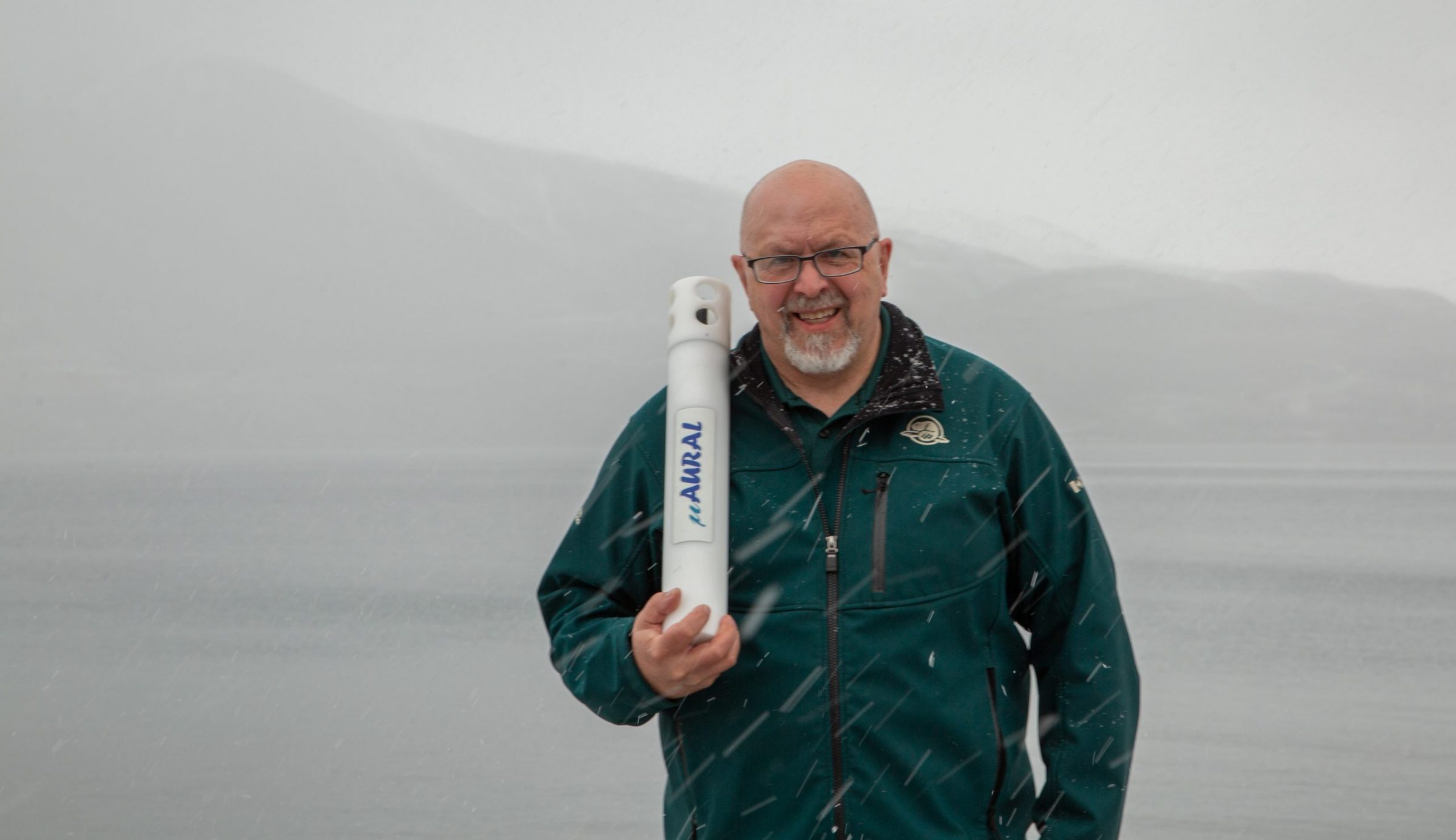 Parks Canada wants to record underwater activity in four spots around Arctic Bay, in the hope of creating greater understanding of how human activity in the area affects the ocean.

“The ocean is a dynamic place,” said Clare Kines, who is the Inuit stewardship co-ordinator with Parks Canada and is managing the underwater noise study file. “It has its own soundscape, and noise propagates very well in the ocean.”

Kines spoke on the phone from Arctic Bay, where he’s lived for 20 years. The idea is that the four hydrophones—the devices that record sound under water—would be placed in locations in the Tallurutiup Imanga National Marine Conservation Area.

Tallurutiup Imanga is known as Lancaster Sound in English. It borders northern Baffin Island, where Arctic Bay is located.

Tallurutiup Imanga National Marine Conservation Area is cooperatively managed by Parks Canada, the Qikiqtani Inuit Association, Fisheries and Oceans Canada and Transport Canada through the Aulattiqatigiit Board, which was established by the Tallurutiup Imanga NMCA Inuit Impact and Benefit Agreement. The Nauttiqsuqtiit in Arctic Bay, or Inuit stewards, grew out of a pilot program co-managed by Parks Canada and the QIA.

Along with preserving the region, one of the intents behind giving Tallurutiup Imanga protected status is to understand it using scientific research, Kines said.

So measuring underwater noise in Tallurutiup Imanga is meant to help the people who manage it understand “how it is right now, and if it’s changing in the future, and if anything needs to be done to better that as time goes by.”

The Parks Canada proposal is currently being assessed by the Nunavut Impact Review Board.

Parks Canada is working with the Nauttiqsuqtiit of Arctic Bay to help choose locations for the recording devices, and to perhaps help them put them underwater after the ice melts, and to take them out before it forms.

The hydrophones record for 15 minutes out of every hour and will pick up natural ocean sounds. 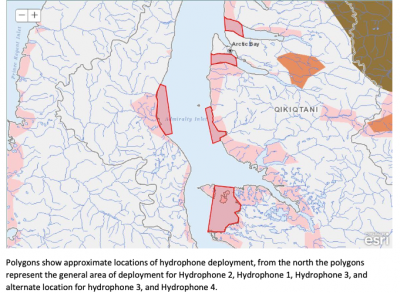 This map from the Nunavut Impact Review Board shows the planned locations for the four hydrophones. (Screenshot)

“The ocean isn’t silent,” Kines said. “There’s a number of different noises, everything from crustaceans to marine mammals to, in some cases, fish even create noise.”

This translates to squeaks, squeals and grunts, Kines said.

“There’s a range of vessels that ply these waters,” Kines said.

Over the years, Kines has seen ship traffic around Arctic Bay decrease and then pick back up again.

It’s important to have a baseline of information about ocean activity based on noise, Kines said, so that people who manage the area know how to recognize changes.

“In many ways the ocean is a big mystery, especially the Arctic Ocean, and this is one small step in increasing our understanding of the ocean and the systems that drive it, and how it may change over time,” he said.

Parks Canada had hoped to start recording this summer, but it’s still waiting for approval. Along with the Nauttiqsuqtiit, Kines said they are consulting with the hamlet of Arctic Bay, the hunters and trappers organization, as well as community members in general.

Nunatsiaq News reached out to the QIA, the hamlet and the HTO to ask what they think of the value of the study. None of them were available for comment by deadline.

Parks Canada was hoping to start gathering data this year because the oceans are particularly quiet due to COVID-19 restrictions, Kines said. But at this point it looks like the study won’t start until next year.

There are other organizations that have done similar studies in Arctic waters. Kines hopes that data from this study will eventually contribute to a body of scientific knowledge about the Arctic Ocean.