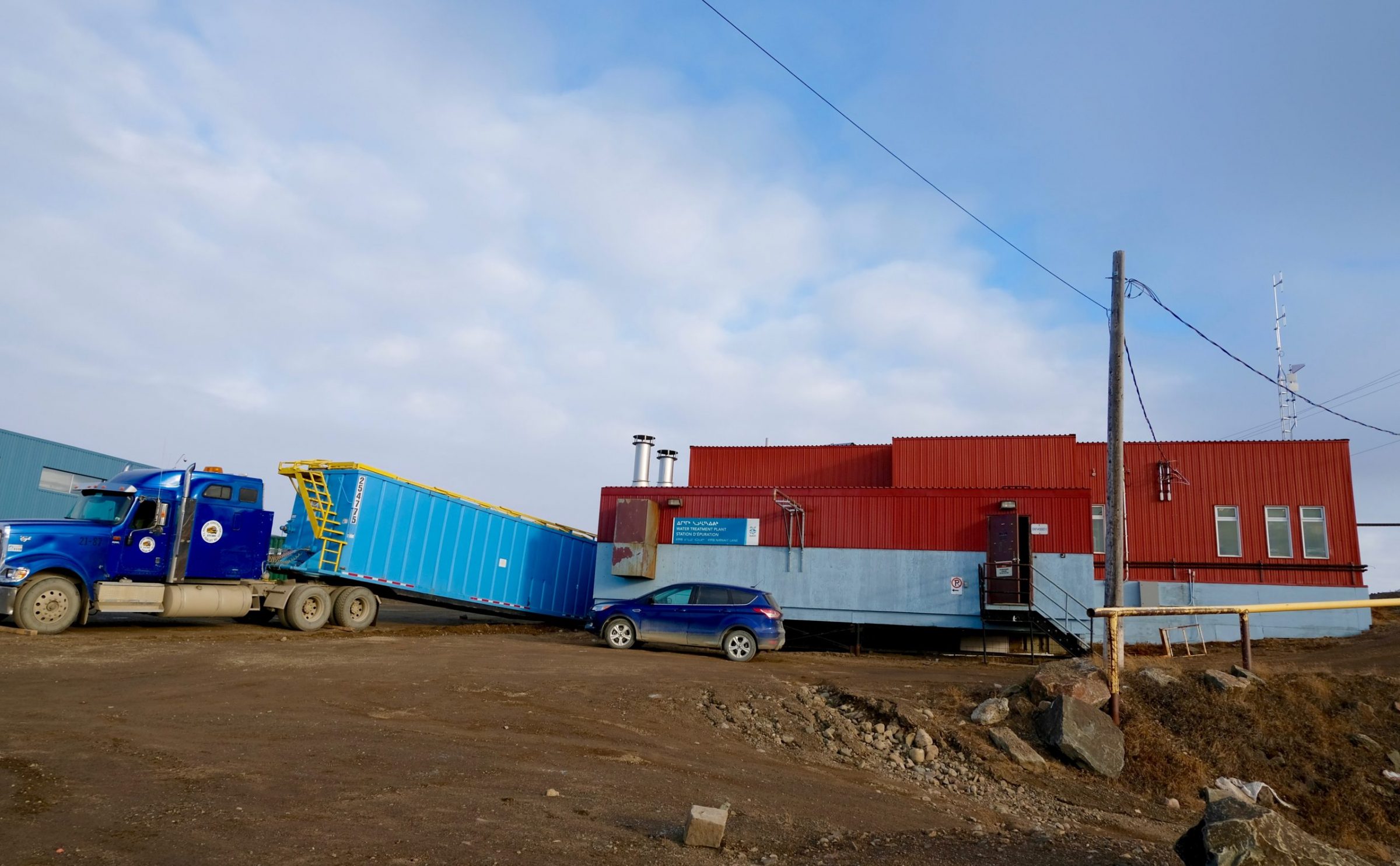 Iqaluit’s water treatment plant. The Government of Nunavut has set out eight requirements the city must fulfill for the GN to pull back a do-not-consume water order issued in mid-October. (File photo by Mélanie Ritchot)

The Department of Health has set out several requirements the City of Iqaluit must meet before people in the city can start drinking their tap water again.

It’s been nearly five weeks since the territorial government issued a do-not-consume water advisory following the discovery of fuel contamination at the Iqaluit’s water treatment plant.

The list is extensive, with a number of measures meant to demonstrate not only that the water is safe to drink, but that city staff understand how fuel got into the water treatment plant and what work is needed to scrub it out.

“The important thing is that the [water treatment plant] is back online, delivering safe drinking water,” wrote Health spokesperson Danarae Sommerville in an email to Nunatsiaq News.

The city will also need to swab and test the city’s water pipes to ensure there is no fuel remaining in city infrastructure.

There is also a requirement to produce a report that shows how the fuel entered the system, what the source of the contamination was and why other areas of the water treatment plant didn’t end up being as susceptible to contamination as the one tank where the majority of the fuel was found. That report needs to be reviewed by a third party.

Fuel primarily tended to collect in one underground tank at the water treatment plant, called the North Clear well. On Oct. 12, before cleanup began, hydrocarbon levels in that tank were several hundred times higher than Canada’s Guidelines for Canadian Drinking Water Quality. For example, levels of benzene, a known carcinogen, in the tank on that day were 600 times higher than what’s considered to be safe.

If the city cannot provide recent testing for bacteria, Sommerville said issuing a boil water advisory will also be one of the criteria.

The city also needs to create three plans, including an outline of how it plans to monitor its water system, a contingency plan in case fuel enters the system again, and an explanation of what remediation work is being done.

The city has hired engineering firm WSP Canada to carry out much of this work. Representatives for WSP gave a presentation to council on Monday, which included some raw testing data and how it’s now believed the fuel entered the plant.

This diagram shows where fuel is believed to have entered Iqaluit’s water system, and where it collected. (Graphic courtesy of City of Iqaluit)

There is strong evidence that the spill came from an historic underground fuel storage tank that was a part of the original water treatment plant construction in 1962,  said Ian Moran on behalf of WSP.

WSP has also placed a real-time hydrocarbon monitoring system in the treatment facility.

Iqaluit’s chief administrative officer Amy Elgersma told council on Monday that the city has hired a company to clean up the historic fuel spill that is the suspected source of contamination.

She said the city doesn’t have a timeline for when the work will be completed.

Sommerville said the GN is working on a presentation of test results the territorial government has collected from municipal water samples, and that it will be presented to the public when it’s completed. She gave no indication of when that will be either.

Correction: This article has been altered from a previous version to accurately describe the contaminants’ pathway into the city’s water system.