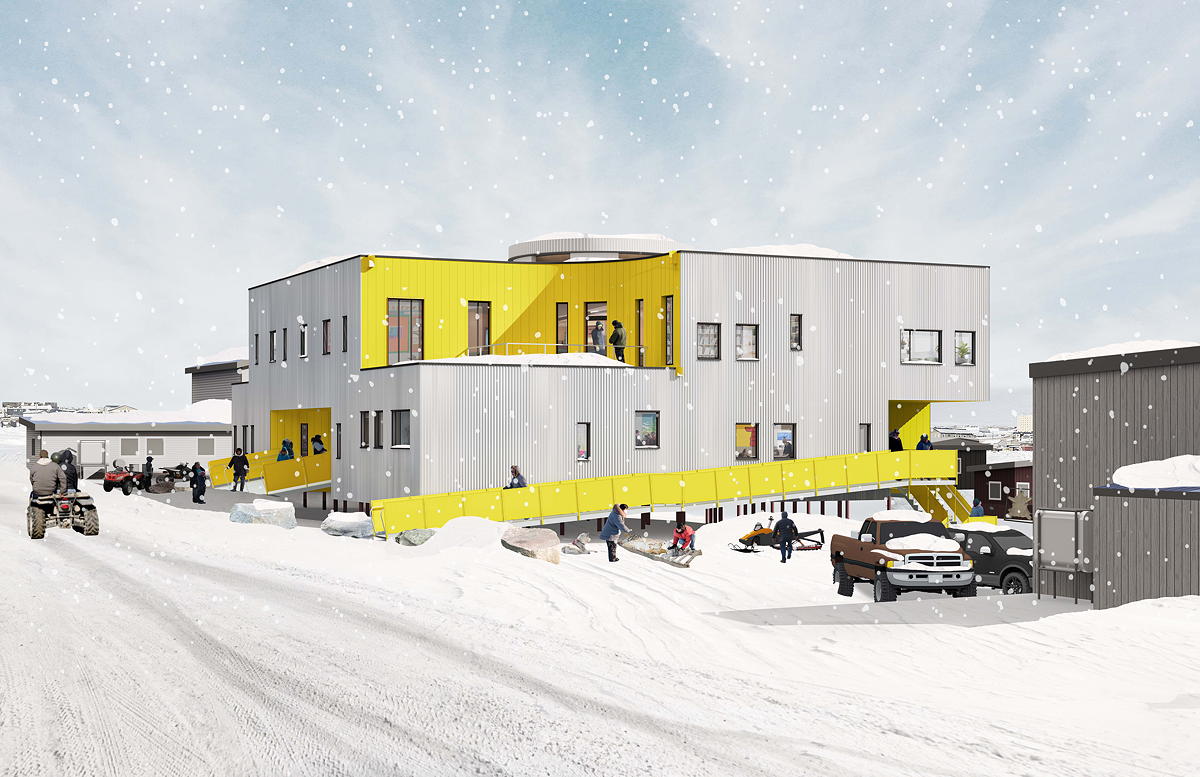 The drive to build the Inuusirvik Community Wellness Hub in Iqaluit continues despite new challenges due to the COVID-19 pandemic.

“We just keep going,” said Gwen Healey Akearok, executive and scientific director of the Qaujigiartiit Health Research Centre, which is the organization behind the hub’s construction.

“It’s like a four-year labour of love to get this building going and now we’re facing more setbacks.”

The hub would bring health research, Inuit-specific counselling and early childhood education under one roof, she said.

It would be located at the corner of Queen Elizabeth Road and Fred Coman Drive in downtown Iqaluit. 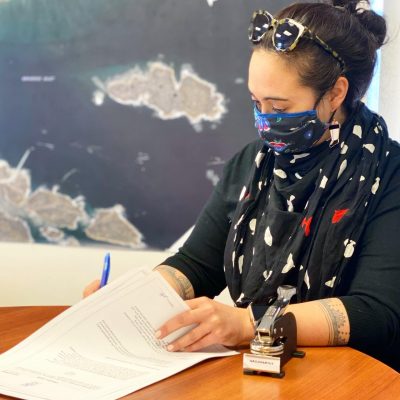 “We want a really accessible community space in the heart of downtown,” Akearok said.

“If we think of what we want a building to do for families and children, we want them to be accessible. We want it to be a place where children and families go and services come to them. We know this will work and we want to evaluate it so it can be replicated in other communities.”

But COVID-19 keeps driving up the cost of the project, due the increased costs of materials, transportation and labour, Akearok said.

“Every two months, the new quote for our building goes up and up and up,” she said. “Initially it was going to cost $4 million and now it’s up to $10 million.”

She said hopes to be able to keep costs lower by using local labour rather than bringing in a construction crew.

To raise the money now needed for the project, Qaujigiartiit is fundraising online and approaching federal departments for support.

The goal is to purchase the building materials next March for the sealift, with a view to start construction next year.

The hub’s two-storey, 9,000 square-foot space would include a multi-purpose community space, a meeting area, the Tasiuqtigiit day care, llisaqsivik counselling offices and the Qaujigiartiit centre.

Accessible from the street, people would enter into a big circle off where there will be doors leading to the various spaces: “we call it the drum,” Akearok said.

Last year, the Canadian Northern Economic Development Agency invested $225,000 to support the completion of engineering, architectural and geo-technical drawings and documents for the hub.

In March, Akearok signed the land lease for the property where the hub will go up, hopefully by 2023.

This summer, the plan is to move the two properties now on site and prepare a pad for the hub.