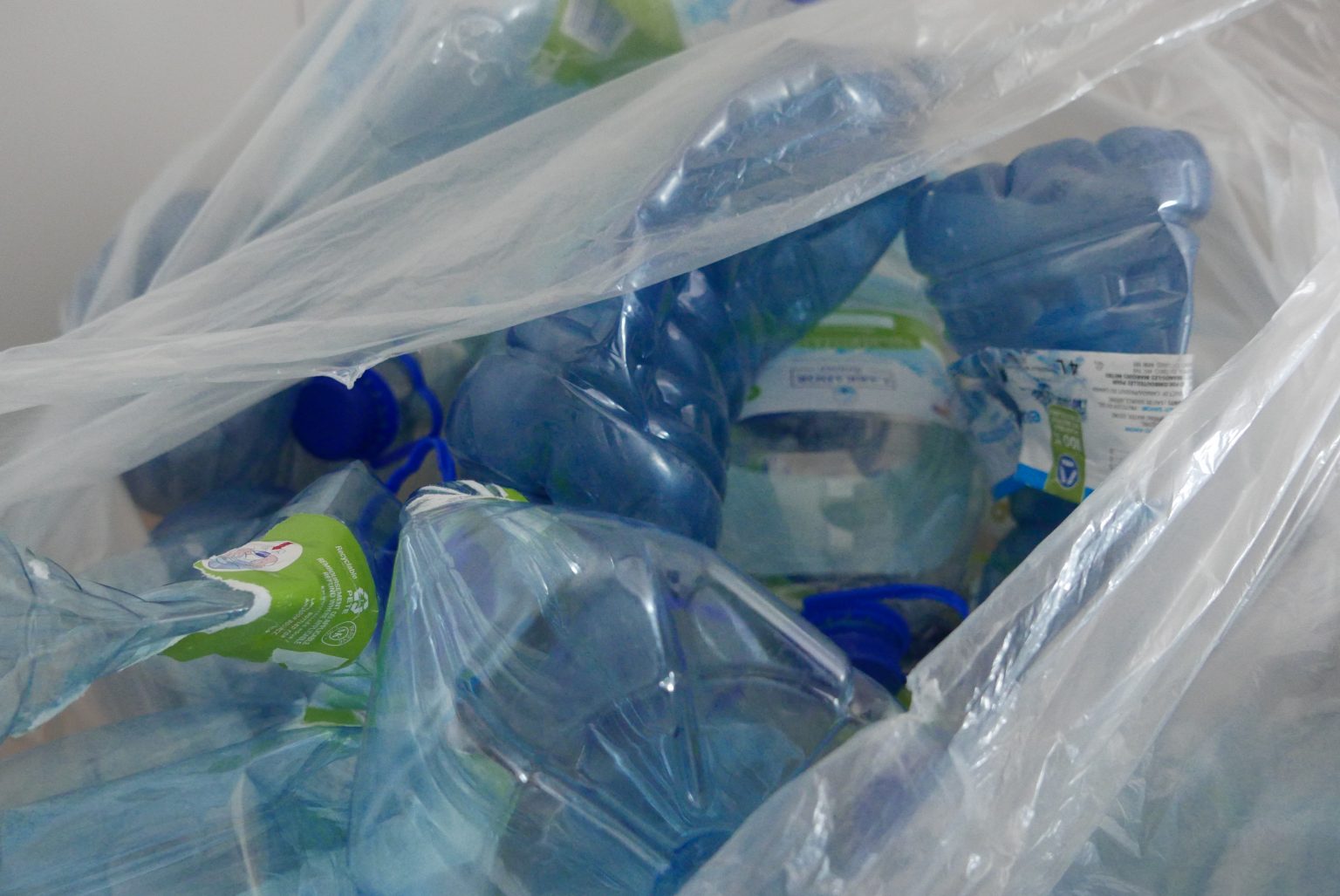 Eight sea cans full of plastic bottles left over from Iqaluit’s water crisis last year will be sent for recycling to Montreal by the end of July.
The water bottles were used in Nunavut’s capital last fall when fuel contamination in the municipal water supply prevented approximately 8,000 Iqalummiut from drinking tap water for two months. 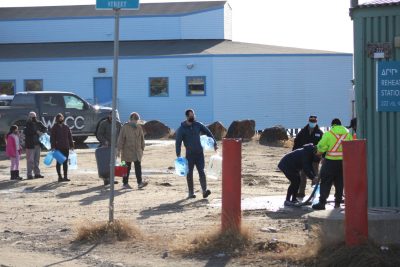 A do-not-consume water advisory for Iqaluit was issued by the Government of Nunavut on Oct. 12, forcing residents to buy bottled water from grocery stores, fill jugs at a station near the library supplied by water trucks hauling water from the Sylvia Grinnell River or drive to the river themselves. (File photo by David Lochead)

Brian Tattuinee, a business development manager with Nunavut Sealink, which is partly owned by Arctic Co-operatives Ltd., said the organization has partnered with five others — Qikiqtaaluk Environmental Inc., Nunavut Airport Services Ltd., Baffinland Iron Mines Corp., the Qikiqtani Inuit Association and the City of Iqaluit — to ship the bottles south on the first sealift ship arriving in Iqaluit.

“We thought about what we could do to try and help alleviate some of the environmental impacts of what was happening,” he said. “Our intention was to try and reduce that impact and to help where we can.”

As other organizations, including the city and the Government of Nunavut, stepped in to help, four more cans were filled.

He said that helped divert approximately 265 cubic metres of plastic from entering the landfill.

“Given the circumstances, I think everybody who could step up has stepped up and done what they can to try and help with the whole situation,” Tattuinee said.

At the time of the crisis, Nunavut Sealink also donated money to local initiatives like the Nunavut Helpline that were involved in assisting residents to access drinking water.

According to Tattuinee, the plastic bottles will be transported to the Nunavut Sealink and Supply port in Sainte-Catherine, Que.

Last Oct. 12, the Government of Nunavut issued a do-not-consume water advisory in Iqaluit, forcing residents to buy bottled water from grocery stores, fill jugs at a station near the library supplied by water trucks hauling water from the Sylvia Grinnell River, or drive to the river to draw water themselves.

The government also brought in at least 80,000 litres of water in plastic bottles from southern Canada.

The do-not-consume order was lifted Dec. 10.