Two-month operation led to $1.8 million worth of illicit alcohol and drugs being seized 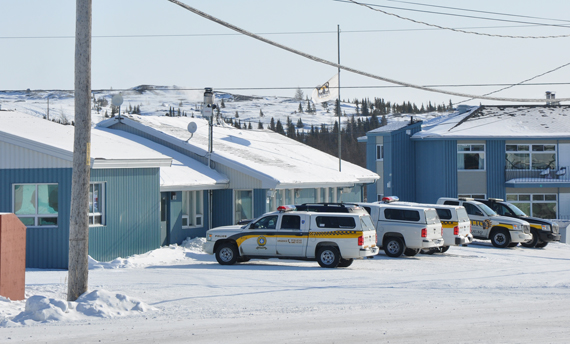 A partnership between northern and southern police forces and Canada Post has stopped nearly $1.8 million worth of illegal substances from arriving in Nunavik over the span of two months.

The operation saw the seizure of more than $1 million worth of drugs and $770,000 worth of alcohol during the months of May and October.

The Montreal-based operation involved an investigator and intelligence analyst with the Kativik Regional Police Force and Canada Post inspectors, along with RCMP from Nunavut’s V division and the Aboriginal Combined Forces Special Enforcement Unit.

“The goal of the operation is to reduce the trafficking of illegal substances destined to Nunavik communities,” police chief Jean-Pierre Larose told councillors at the Kativik Regional Government meeting on Nov. 26.

“This operation is also to assist the KRPF with gathering criminal intelligence information to enhance its investigations.”

David Annanack, a regional councillor and the mayor of Kangiqsualujjuaq, said the subject had come up at an all-mayors meeting with Air Inuit the previous week.

That annual gathering, which is hosted by the airline, is meant to provide a chance for the concerns of communities to be brought forward to Air Inuit.

“The people that provide the alcohol and drugs to the communities … it is through the airlines, and we should work together on this,” Annanack said. “We know it will not happen right away, but without discussing it, it will just prolong the problem.”

He said this situation has been going on for far too long and negatively affecting people, especially children.

“As we can see now, the problem is big and we have to deal with this together as organizations,” he said.

Seizures made through Canada Post do not result in charges being laid as the sender is not technically in possession of the substance, said deputy chief of operations Jean-Francois Morin.

“But we are using it for intelligence,” Morin said. “There is work being done behind the scenes.”

On top of what was caught during the Canada Post operation, from January to October, the KRPF seized $427,750 worth of alcohol and $326,997 worth of drugs in Nunavik.

The most common drugs found were marijuana and hash, followed by shatter—a potent cannabis extract. Cocaine, crack and methamphetamine were also collected.

While possession of illegal drugs for the purpose of selling falls under the criminal code, and includes jail time, bootlegging alcohol carries only a fine.

In Nunavik, a bootlegger sees a maximum fine of $300, Larose said. That’s something they’d like to look at amending, he said, as that fine is significantly lower than in other parts of the province.