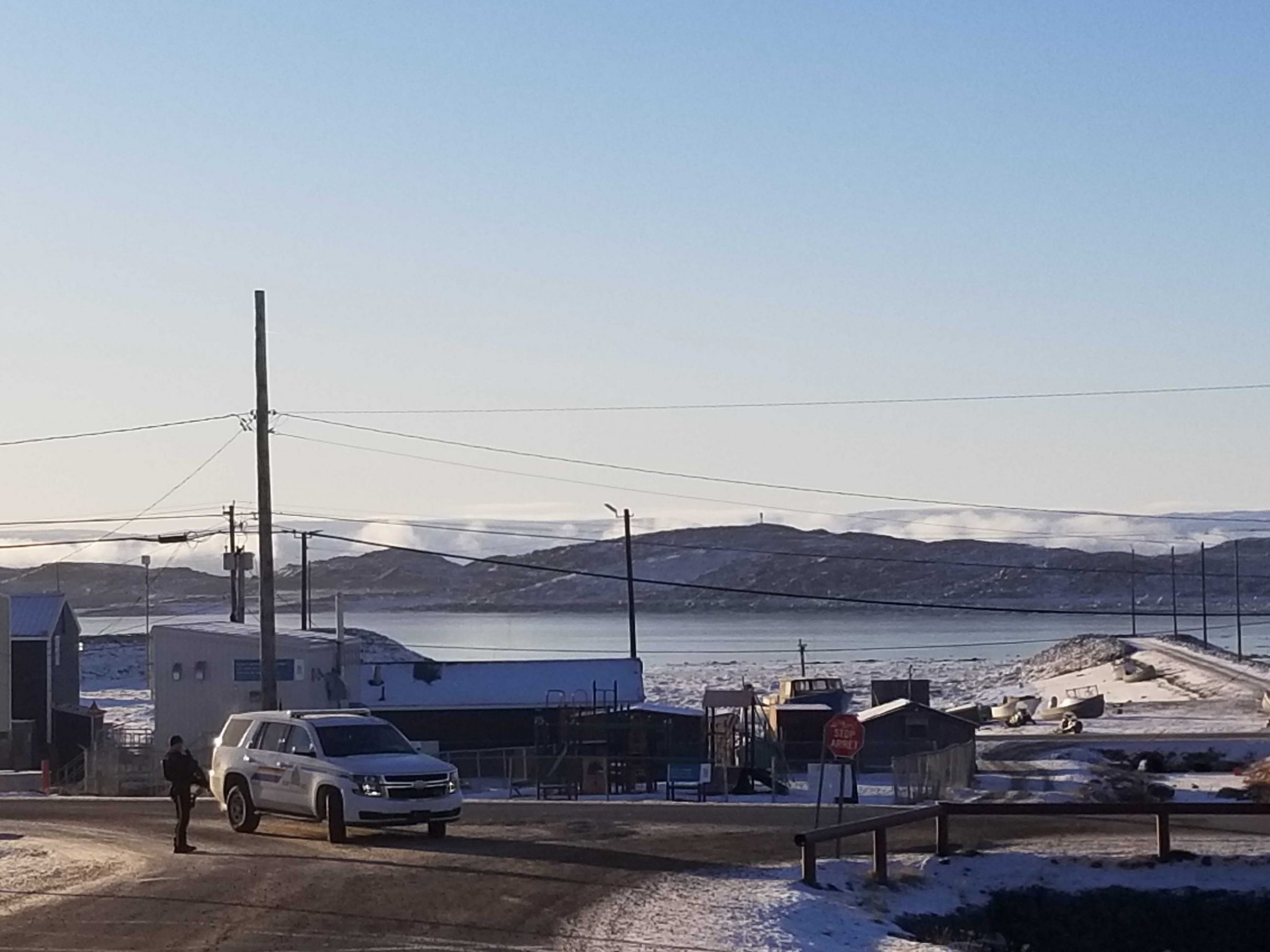 RCMP in Iqaluit confirmed what was reported as “shots fired” in the Nipisa Street area were actually ball bearings from a slingshot. Police blocked of the area for an hour Monday morning, (Photo by David Venn)

Police in Iqaluit resolved a call in the Nipisa Street area Monday morning, after confirming that what was reported to be gunshots were actually ball bearings fired from a slingshot.

RCMP said on Twitter at 10:22 a.m. that officers were responding to a report of shots fired in the area.

Almost an hour later, at 11:19 a.m., police reported “the matter has been resolved.”

“The report of gunshots has been confirmed to be ball bearings from a slingshot,” the police tweet said.

Police lifted the notice they had issued asking people to avoid the area and to stay indoors.

Police had phoned businesses in the area to warn that an armed standoff was underway and they blocked off the area.

The police activity took place in the area near the Nunatsiaq News office, The Snack, a Quick Stop and the Country Food Store. There are also homes in the area.

Nipisa Street runs the length of the Lower Iqaluit neighbourhood in a long horseshoe, stretching from Queen Elizabeth Way and curving past the graveyard, just east of the city centre. It takes in many buildings numbered in the 100s, 200s, and 300s.