Inunnguiniq program an opportunity for ‘dialogue’ about pregnancy and early education, say organizers 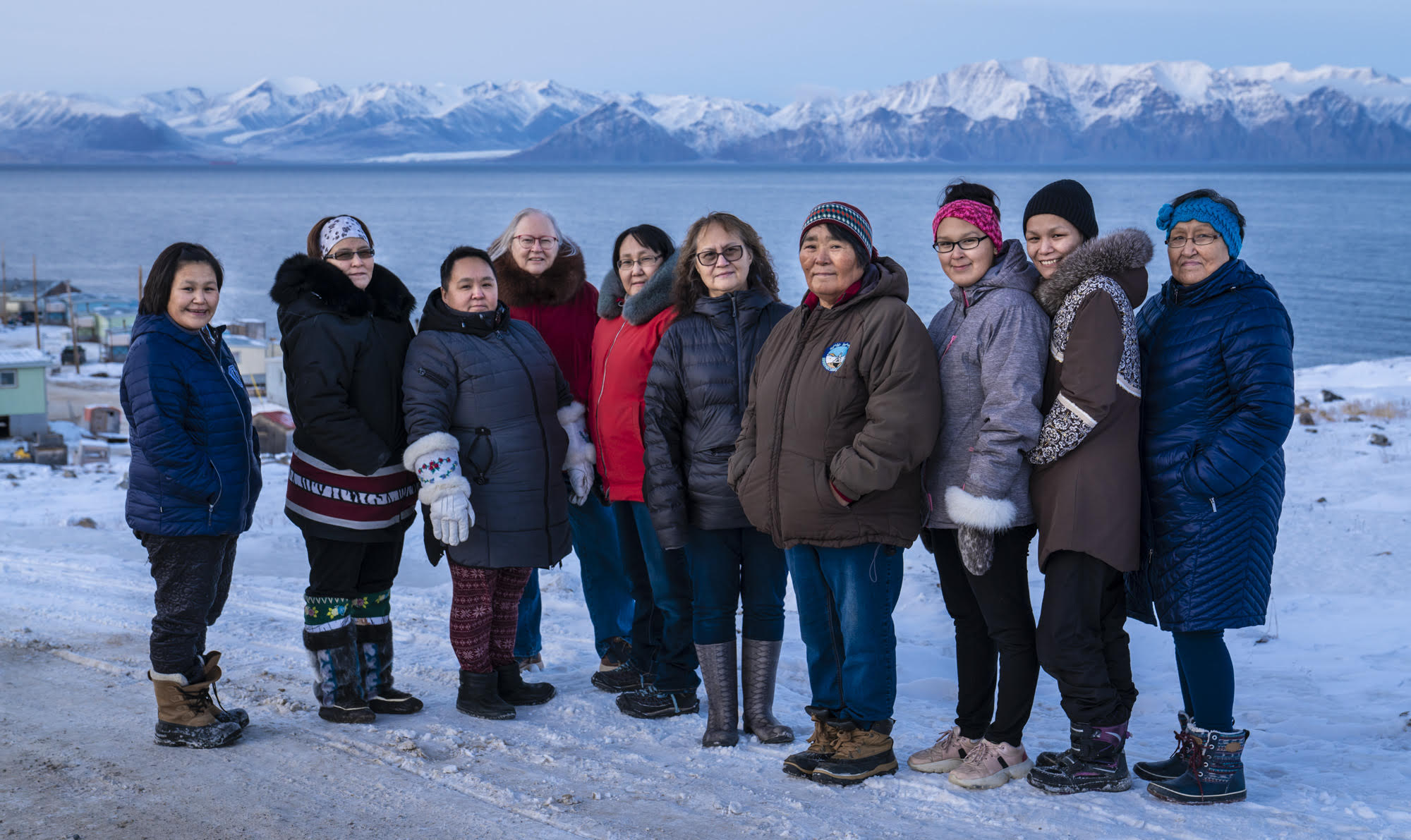 The Early Years — Inunnguiniq project, which is holding a virtual fundraiser Tuesday at 7 p.m. ET, is part of a wider effort to help restore traditional knowledge about birthing and offer expectant mothers a different avenue of support beyond what’s offered at the local health centre.

Traditional Inuit midwifery is about giving birth at home and surrounded by community members, with the person delivering the baby an Inuit midwife or someone close to the mother. There are Inuit midwives in Pond Inlet who have been delivering babies this way for decades.

Dina Koonoo Arreak is the general manager of the project. She helps pregnant women attend appointments and facilitates opportunities for new parents to learn from more experienced community members, including an elder.

“[The elder] helps in many ways. She talks about pregnancy, she talks about parenting advice and what her experience was like back in the day,” Koonoo Arreak said.

Tessa Lochhead is the co-director of the Pirurvik Preschool Society and an administrator of the project. She provides support to Koonoo Arreak and others in the Pond Inlet program.

The Early Years — Inunnguiniq project started when the Martin Family Initiative, an organization that works with Indigenous Peoples to support education and health in communities, approached the Pirurvik Preschool Society in January 2020 about implementing its Early Years programming in Pond Inlet after experiencing success with it in Alberta, Lochhead said.

“The preschool society decided this was a big part of early childhood education … so this program really fit in beautifully with what we were hoping to do one day,” she said.

The Inuit Child First Initiative then stepped in with funding support. The program does not train participants to become certified midwives, but instead offers opportunities for education, sharing circles and support for expectant parents.

Lochhead said one of the biggest parts of the project includes providing vehicles for support workers so they can transport women to the health centre, increasing accessibility to programming for prenatal health and wellness and offering home visits for pregnant women who need additional support.

Lochhead said the local health centre, where most women go to receive care, is sometimes stretched thin in what services it can provide expectant mothers, and it is common for women to have to travel outside of Pond Inlet to larger hubs in order to give birth.

Concerns about patients’ safety are commonly cited as a reason why travel is necessary, but Koonoo Arreak said the Early Years – Inunnguiniq project has been formed in large part to offer mothers who want to give birth in their home community a healthy opportunity to do so.

“We want to open the door for dialogue, because right now, there is not a dialogue around that topic,” added Lochead. “In the south, they’re opening up birthing centres because they’re realizing hospitals aren’t great places for giving birth.”

As part of its efforts to increase awareness on the topics of Inuit midwifery and child rearing, a virtual fundraiser will be hosted online this Tuesday by the non-profit Justice for Indigenous Women.

Building the Heart of a Child: Pirurvik Preschool, a short documentary film about the Pirurvik preschool and Inuit-led efforts to restore birthing and childrearing practices, will be screened at the fundraiser. Shot in Pond Inlet last summer, the documentary is a production by Iqaluit-based Chickweed Arts and is directed by Jamie Griffiths.