‘All we need is sea cans,’ hamlet administrator says of tiny homes made with reused materials and less than $20,000 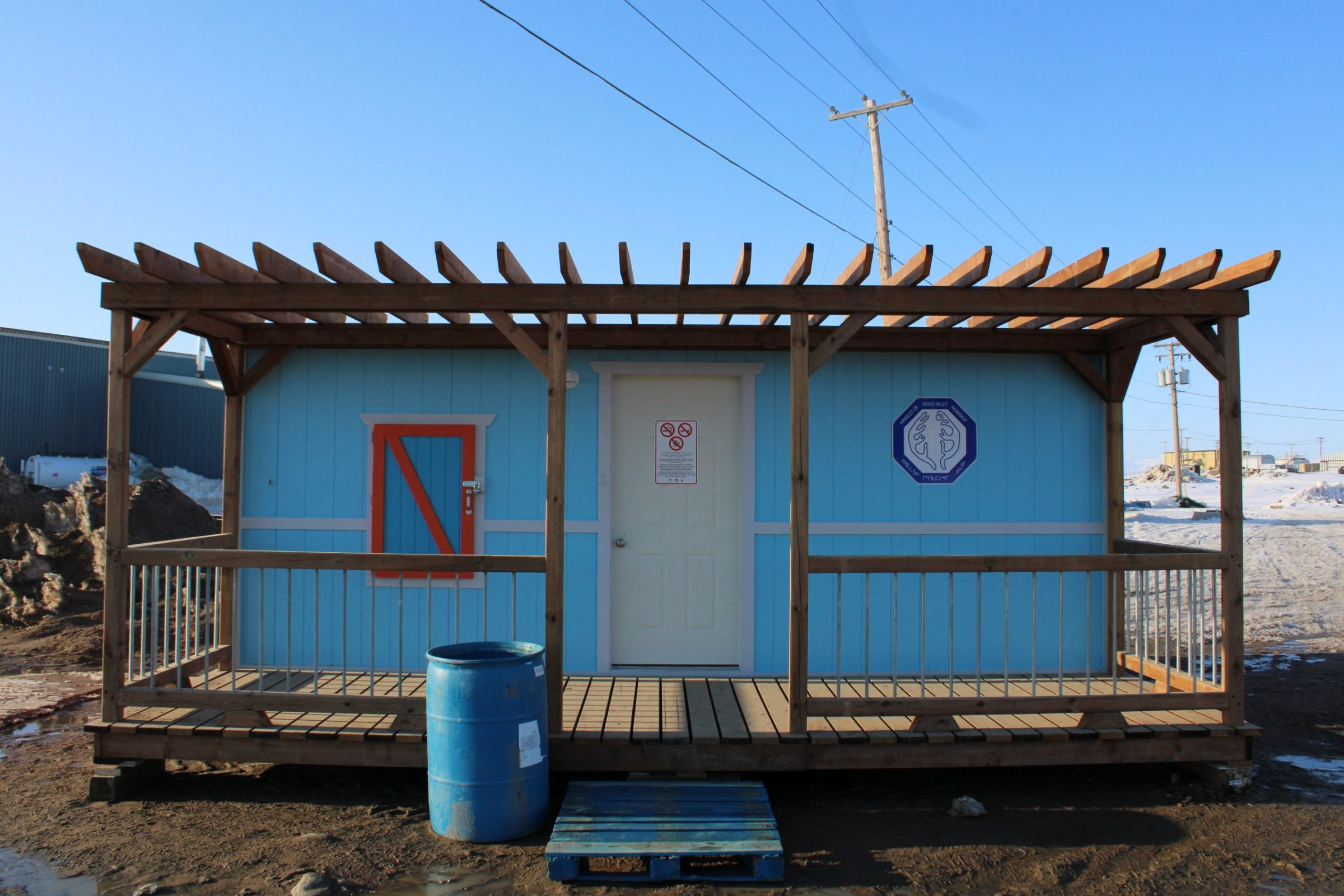 The Hamlet of Pond Inlet finished a tiny home made from a sea can on May 20. (Photo by David Venn)

On display in front of the Hamlet of Pond Inlet’s office is a tiny home made from a sea can.

It took two weeks to construct, has the potential to be expanded both in size and number, and can be used as transitional housing for people waiting for a housing unit and needing to get away from crowded homes, said senior administrative officer Dave Stockley.

“[The home is] a fantastic opportunity to help a lot of people,” Stockley said. “All we need is sea cans.”

The Government of Nunavut’s Family Services Department gave the hamlet $40,000 at the beginning of April for the project. The contractor working on the model home finished it May 20.

At one end of it is a booth-style table. Beside that, a wood-burning oven in the middle of the room, and a kitchen counter with two cupboards up against the wall.

There’s a door next to the counter that leads to a tight bedroom with a bunk bed that can sleep two people.

The interior is painted orange and blue.

Each unit is light enough that a forklift can pick it up and move it to another part of town, but is solid, well-insulated, battery-powered and easy to maintain, Stockley said.

It’s possible to attach more sea cans to expand it, he said, and add an electrical panel, water and sewage tanks, and a shower. Additional containers can be placed on the top, side or the back of the first one.

The first tiny home measures six metres by 2.4 metres (20 feet by eight feet), but the homes can vary based on how many sea cans are used. The hamlet would like to see 10 sea-can homes, ranging in size up to 12 metres by 4.8 metres.

For no more than $50,000, the hamlet with a population of about 1,500 could build a two-bedroom unit that residents could live in temporarily, he said.

“There’s just so many options,” Stockley said, adding the hamlet could even attach solar panels to the units.

“I would love for us to be able to start a subdivision of these houses for temporary homes.”

A contractor hired by the hamlet uses a space in the old curling rink to convert sea cans into tiny homes.

Pond Inlet spent about $300,000 to refurbish the rink and turn it into a new inventory centre with a garage in the front — work that was completed about two or three months ago.

Stockley said at least three tiny homes could be worked on at one time, which would create five or six jobs.

“It’d be amazing what the output would be,” he said. “It’d be great for employment. And it’d be something new for Nunavut.”

Now, it’s just a question of whether the territorial government is willing to fund the idea so Pond Inlet can make more for its community, Stockley said.

His hope is that a subdivision of tiny homes could be made there.

Tununiq MLA Karen Nutarak said money for the tiny homes is something she could see herself lobbying the government for.

She said Nunavut Housing Corp. is already looking for ways to build cheaper units in communities outside of Iqaluit, Cambridge Bay and Rankin Inlet.