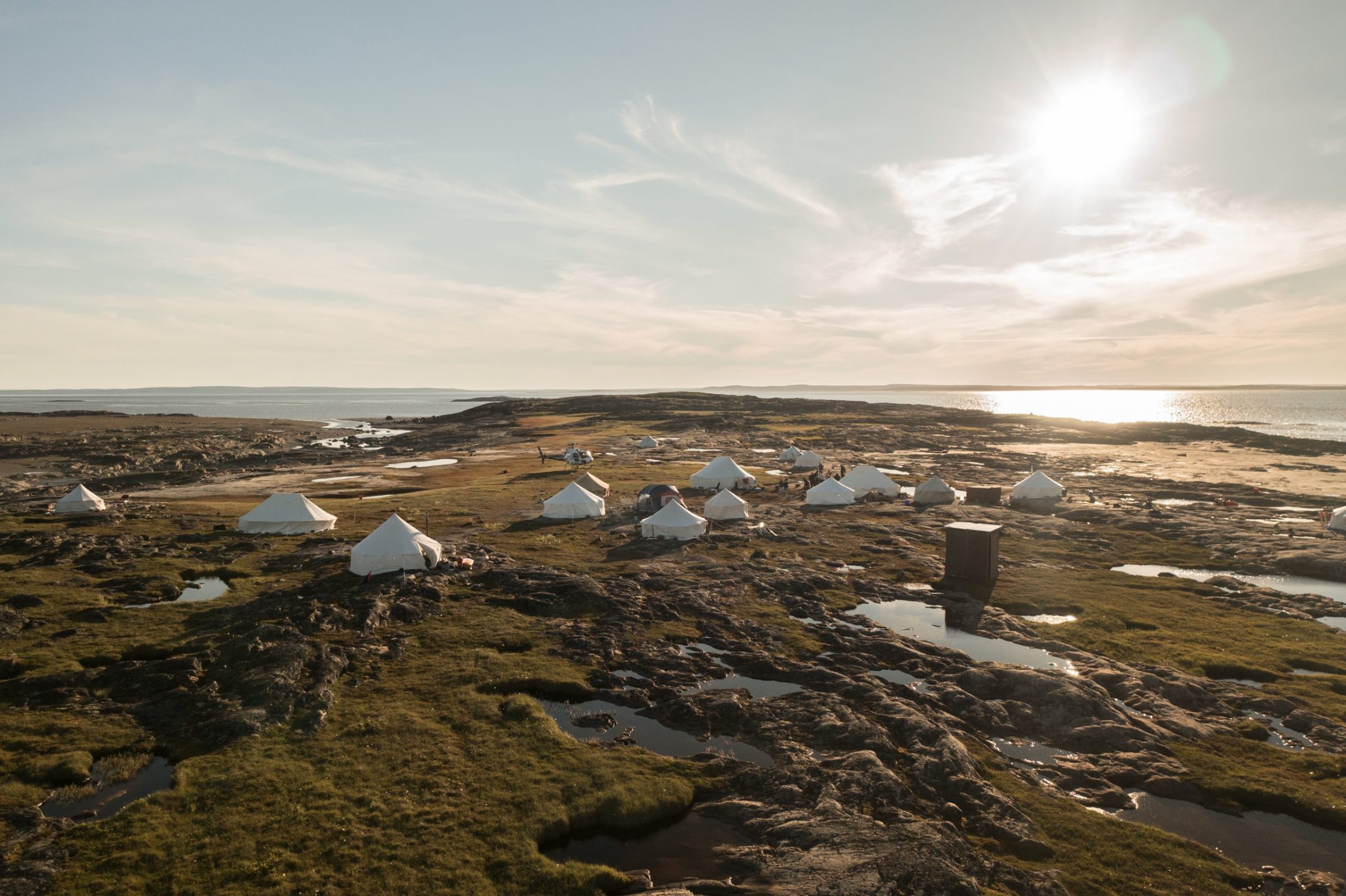 A lack of data and an endangered species status are the reasons a ban on beluga whale hunting in Ungava Bay remains in place, according to the federal Department of Fisheries and Oceans.

However, the department says it is working with communities to build a foundation of knowledge that could, possibly, see the ban reconsidered.

That area, located between Kuujjuaq and Kangiqsualujjuaq, is a traditional beluga hunting ground, said James May, president of the Nunavik Hunting, Fishing and Trapping Organization.

May’s organization, also referred to as RNUK, is gathering a mix of scientific and traditional Inuit knowledge to convince Fisheries and Oceans to overturn the ban.

According to May, the federal department did not consult with Inuit before closing the estuary to beluga hunting.

He said the population of belugas in the region fluctuates yearly due to a variety of environmental factors such as food abundance and water temperatures.

The Marralik beluga population is classified as endangered by the federal Committee on the Status of Endangered Wildlife in Canada, and currently there is not enough data to change that, said DFO spokesperson Kariane Charron, in response to emailed questions from Nunatsiaq News.

However, Charron said, the department is supporting regional and local efforts to fill that knowledge gap.

“The RNUK and DFO signed a Memorandum of Understanding in October 2021 to ensure more transparency in the transmission of results concerning data collected from belugas hunted in the Marralik River,” she said.

Charron added that Inuit knowledge plays a major role in decisions made by Fisheries and Oceans, and the department is always open to more collaboration.

“DFO’s goal is to further integrate Inuit knowledge into research and to contribute to capacity development in Inuit communities,” Charron said.

“For example, DFO has provided training to Inuit marine mammal observers who will be actively participating in collection and entry of aerial survey data, as well as collecting environmental data and hunt samples.”