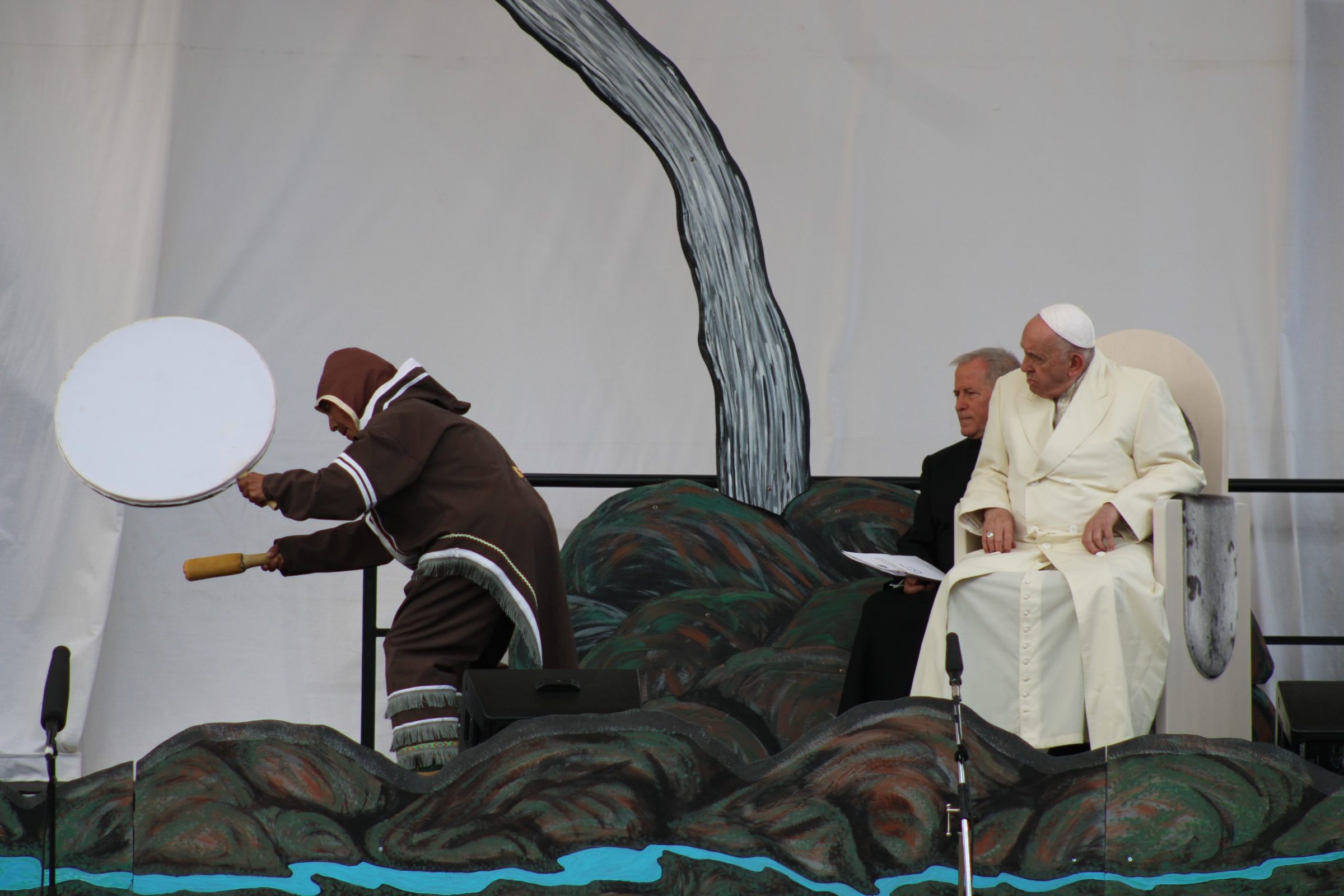 Francis took a seat on a sealskin-covered white chair to cheers and applause from the audience at around 5:40 p.m. ET and delivered his speech approximately 30 minutes later, after taking in a number of Inuit cultural performances.

“I want to tell you how very sorry I am and to ask for forgiveness for the evil perpetrated by not just a few Catholics in these schools who contributed to the policies of cultural assimilation,” he said in Spanish.

His words were interpreted into English and Inuktitut for the crowd.

Spectators had begun gathering in the school’s parking lot and basketball courts even before the Pope landed at the airport.

Around 600 people were gathered by the time the master of ceremonies, Lisa Koperqualuk, introduced the first performers of the evening at 4 p.m.: Huqqullaaqatigiit, a singing and drum dancing group of seven people from Cambridge Bay. 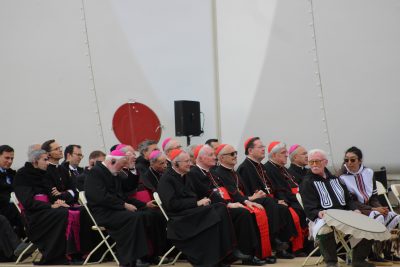 Piita Irniq, who is a residential school survivor, sits in the front row, ahead of Catholic cardinals, prior to performing a drum dance in front of Pope Francis in Iqaluit Friday evening. (Photo by David Venn)

When Francis arrived on stage, he was met with more performances from the opening acts, as well as Piita Irniq.

Irniq, who was one of several residential school survivors who met with Francis privately inside the school, drum-danced, then spoke to the crowd before gifting his drum to the Pope.

“In the old days, we danced when we were happy … Today, we are happy because the Pope is visiting us,” Irniq said. “Welcome to the Inuit homeland.”

Over the span of an hour, Francis delivered a speech that touched on residential schools, motivation for youth and Inuit culture.

He thanked Irniq and the other survivors who shared their stories with him privately.

“I thank you for having had the courage to tell your stories and to share your great suffering. I had not imagined the suffering,” he said. “This only renewed in me the indignation and shame that I have felt for months.

“How evil it is to break the bonds uniting parents and children, to damage our closest relationships, to harm and scandalize the little ones.”

He spoke to the relationship Inuit have with the land.

“There is a beautiful relationship between you and this land you inhabit, because it too is strong and resilient,” he said.

During his speech, a few members of the audience held signs that read, “reconciliation equals truth and action” and “rescind the Doctrine of Discovery,” which refers to a historical edict that justified colonialism.

One spectator shouted, “Every child matters.”

But Francis left the stage waving to a fleeting crowd of a few hundred — some who yelled, “We love you,” some who cheered, and many who waved back. 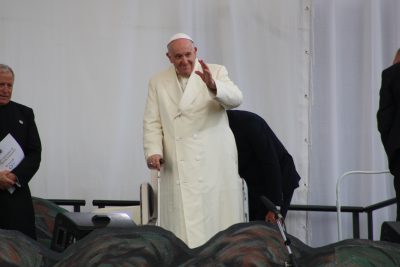