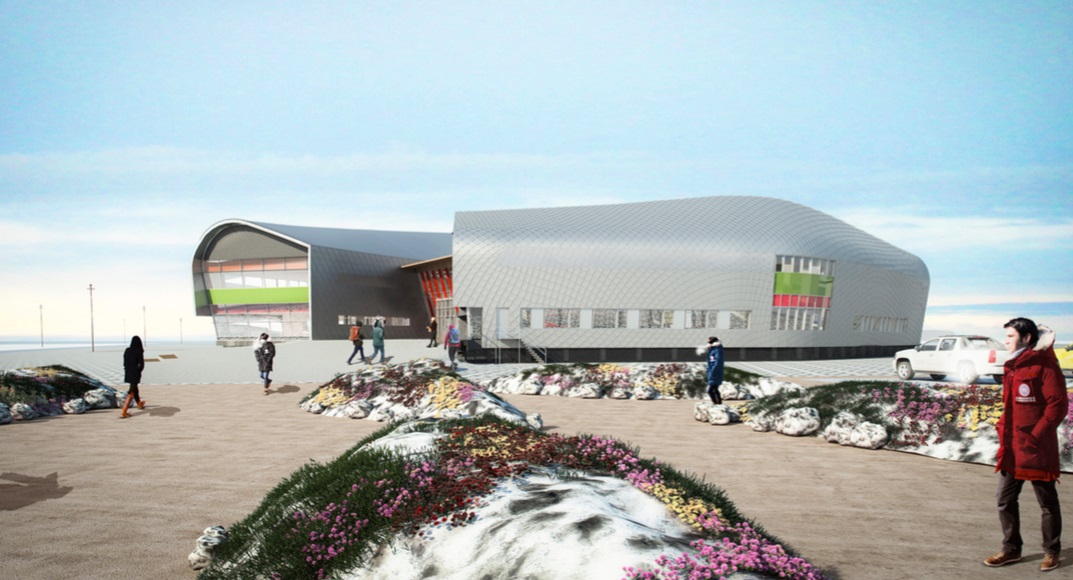 This is one artist’s rendering of the proposed Inuit performing arts and cultural learning hub in Iqaluit. (Image courtesy of Diamond Schmitt Architects)

Qaggiavuut! says it will launch a feasibility study in August to determine what’s needed to build an arts centre in Nunavut.

The performing arts society was working to secure a $125,000 private-public funding partnership to finance the study, before it could launch the process.

Now, a Toronto firm called Savira Cultural Capital will work alongside the Inuk project manager, Kathleen Merritt, to prepare the study over the next six-month period, Qaggiavuut said in a July 29 release.

The centre, or qaggiq, would serve as a venue to take in performance, film and visual arts “with a focus on Inuit culture and language,” Qaggiavuut has said.

The Iqaluit-based facility would also offer space for training sessions and a market space for artists.

“The most important objective is the space to train and build performance skills,” said Qaggiavuut chairperson Rhoda Ungalaq in the release.

“Our youth need a beacon of hope.”

Nunavut is the only territory or province in Canada without a performing arts space, prompting Qaggiavuut to spearhead its Let’s Build a Qaggiq campaign.

To fund the construction of the centre, the organization has approached the federal government to contribute about $30 million—roughly half of its estimated cost.

The feasibility study should be completed by the end of the year, and would offer recommendations on a potential location and governance model for the centre.

If Qaggiavuut is successful getting the financing it needs, the organization hopes to see construction begin on the new centre in 2020.