Inuit org says they want an end to “obfuscation” 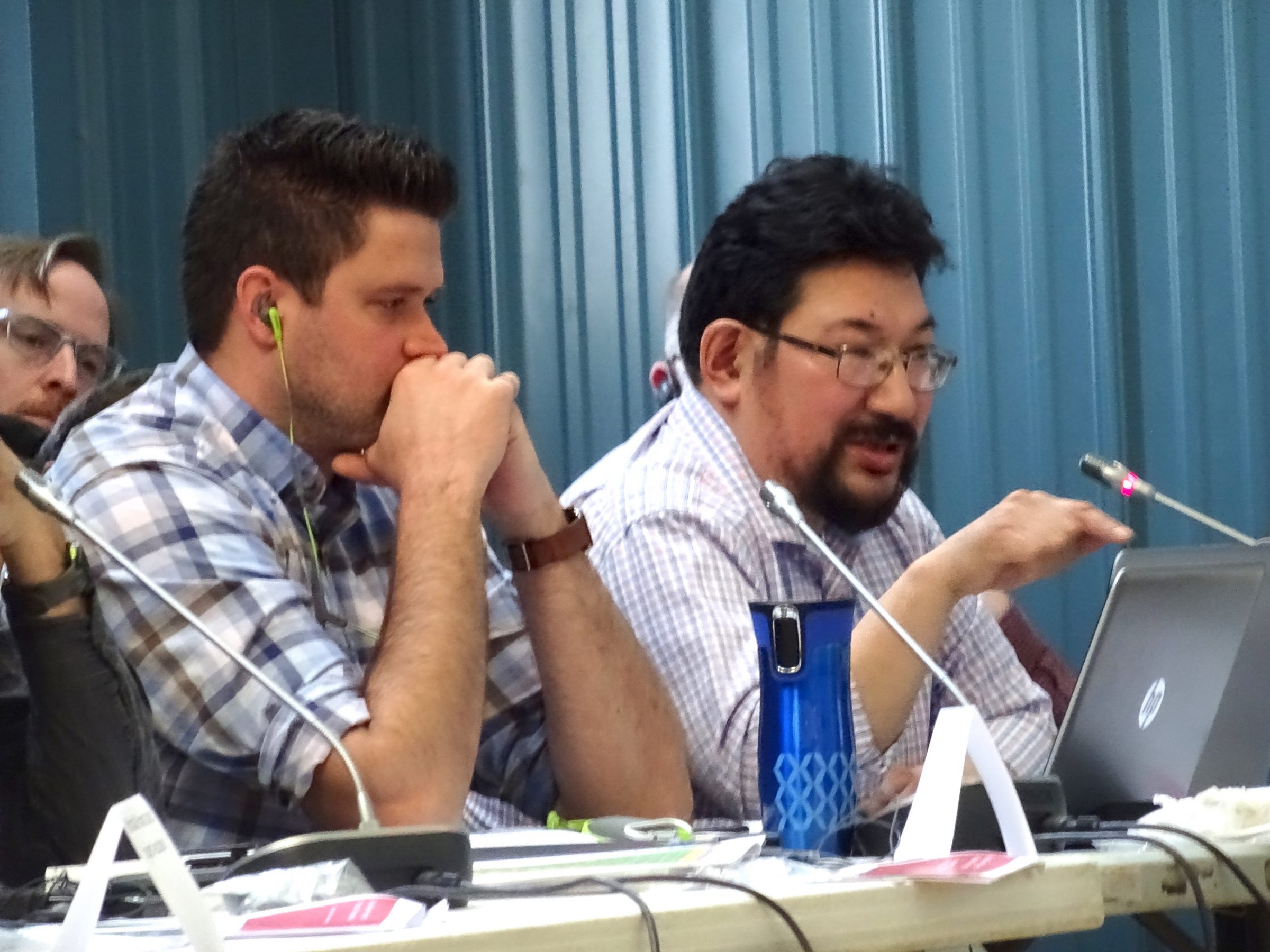 Levi Barnabas of the Qikiqtani Inuit Association asks questions to representatives of Baffinland Iron Mines Corp. at April’s first technical meeting into the proposed expansion of the mine. The QIA will be back in Iqaluit’s Cadet Hall June 17 to June 19 for another meeting—and this time, the QIA wants to see more time spent on discussing cumulative effects, among other issues. (Photo by Jane George)

The Qikiqtani Inuit Association wants the Nunavut Impact Review Board to tweak its agenda for next month’s second technical meeting on Mary River iron mine expansion and, at the same time, ensure they get clearer answers from Baffinland Iron Mines Corp.

During the NIRB’s last technical hearing, the QIA said it asked for more culturally related information about water bodies in the mine zone and was referred to the project’s final environmental impact assessment—only to find out that the information wasn’t there.

“A response to a question in a technical meeting should be fulsome in the interest of constructively advancing the review without obfuscation,” the QIA said—obfuscation meaning the message may be difficult to understand, due to confusing and ambiguous language.

The QIA also told the NIRB this week that it still has a number of outstanding concerns about the company’s proposed phase two expansion of the iron mine.

These plans include building a 150-kilometre railway from Mary River north to Milne Inlet and a new port. The mine’s production would double and shipping would increase to about 175 round-trips per year.

The technical meeting is set to be held from June 17 to June 19 in Iqaluit.

In early April, a week-long technical meeting in Iqaluit produced many complaints about a lack of detail on the environmental impacts of the expansion.

The NIRB said the second technical meeting is structured to facilitate “informal, face-to-face discussions” to address those unresolved issues.

Although the agenda for the June meeting has been announced, the QIA sent a May 24 letter to the NIRB asking for changes, and spelling out what they want to discuss.

At the top of the QIA’s list: more discussion on the project’s cumulative impacts, especially the future impact of a proposed railway system that could run all the way across Baffin Island from Milne Inlet to Steensby Inlet, and more discussion on Inuit Qaujimajatuqangit.

The QIA has carried out its own work to better understand what IQ has to say about the project’s potential impacts on Inuit culture, land use and resources. Now it’s asking for more time at the technical meeting to discuss its own IQ study around Pond Inlet.

As well, the QIA wants more time to discuss the project’s impact on caribou, and other environmental issues.

“The perspectives of Inuit land users on the topic as they relate to Phase Two warrant appropriate and deep consideration,” wrote Jared Ottenhof, the QIA’s senior manager of major project, who signed the letter to the NIRB.

Other issues of concern to the QIA include uncertainty about expanded marine shipping and the associated potential impacts on Inuit food security and harvesting activities.

And there’s another issue that the QIA wants to talk about, which was referred to several times during April’s first technical meeting: the QIA wants to bring up the lack of “proposed additional equitable benefits through proposed growth and expansion through phase two.”

During that meeting Baffinland pointed to the recently finalized Inuit impact and benefits agreement and said the technical meeting wasn’t a place to talk about changes to that deal.