“The Nauttiqsuqtiit have only been working for a few months, they are already making a huge difference” 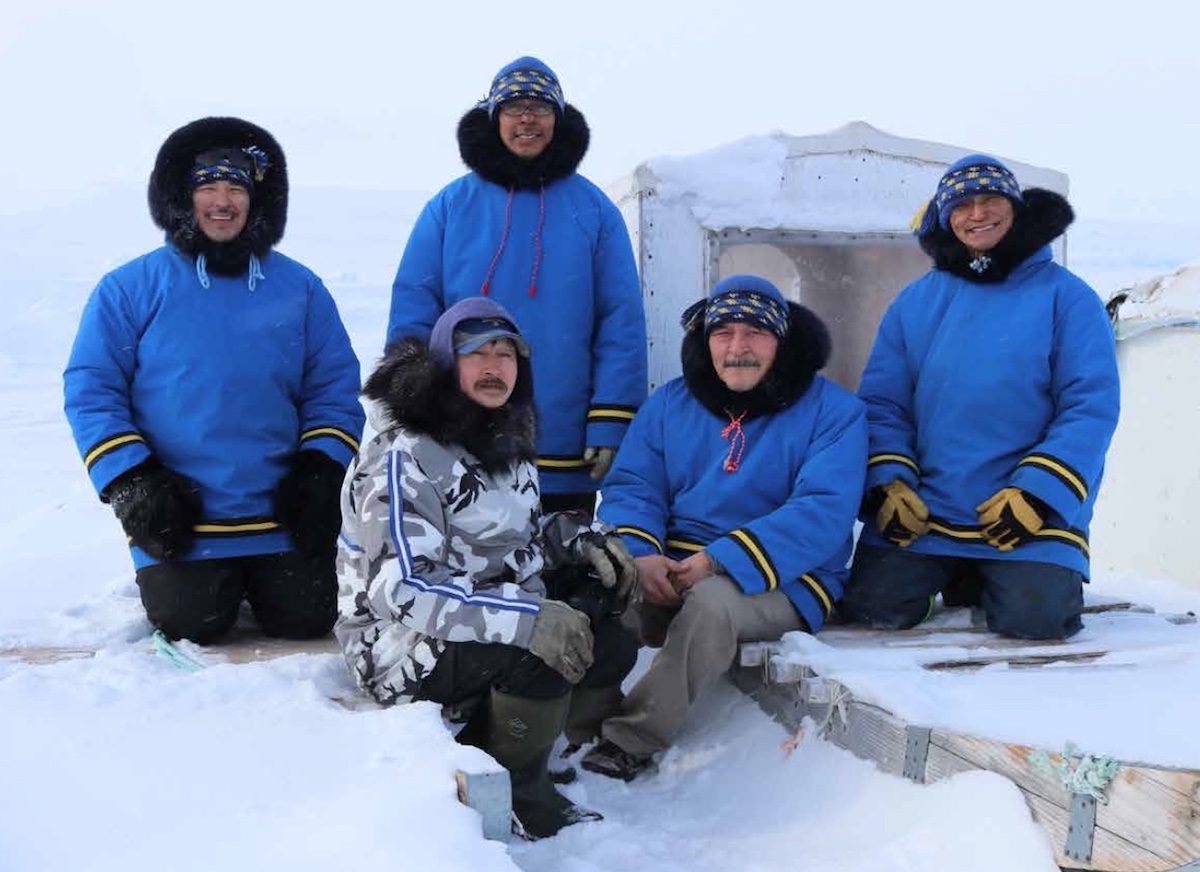 The Nauttiqsuqtiit of Arctic Bay pose on the cover of a recent Qikiqtani Inuit Association report which says this group needs more support to help monitor the new national conservation area in Lancaster Sound. (Photo courtesy of the QIA)

The Inuit steward pilot project, which received $900,000 in 2018 from Parks Canada, is an early benefit of the Tallurutiup Imanga National Marine Conservation Area.

It boundaries were established in August 2017 and the park will be legally established after QIA and Parks Canada complete negotiations on an Inuit impact and benefits agreement and interim management plan.

As stewards of Tallurutiup Imanga, the Nauttiqsuqtiit now monitor sea ice conditions and ship traffic near Arctic Bay, help with search and rescue efforts, and provide country food for the community of about 800.

“Although the Nauttiqsuqtiit have only been working for a few months, they are already making a huge difference and demonstrating the need for similar programs in the other four Tallurutiup Imanga communities,” said QIA President P.J. Akeeagok in a recent release.

“Their job is not only monitoring the region but also harvesting to feed the community.”

For this program to reach its full potential, the QIA says it must be supported and expanded to Grise Fiord, Resolute Bay, Pond Inlet and Clyde River, which all border the 109,000-square-kilometre conservation area.

“Working together, these teams can begin to patrol and monitor this vast marine conservation area and gather comprehensive data that can speak to its health and well-being. They can also play a critical role as harvesters towards establishing food sovereignty in their communities,” the QIA said in its news release.

As it stands now, the Arctic Bay Nauttiqsuqtiit have limited equipment and supplies and rely on their own vehicles and gear.

“There is no basic infrastructure for the Nauttiqsuqtiit to do their job,” the QIA report said.

“They have no facility to process the animals they harvest or to maintain their equipment. Like everyone else in Arctic Bay, they have no small craft harbour or port to safely cast off and anchor boats.”

Meanwhile, the QIA is continuing its negotiations with the federal government on an Inuit impact and benefit agreement for the Tallurutiup Imanga protected area.