‘I want the decisions to be taken by the communities…. Our role is to support them in those efforts’ 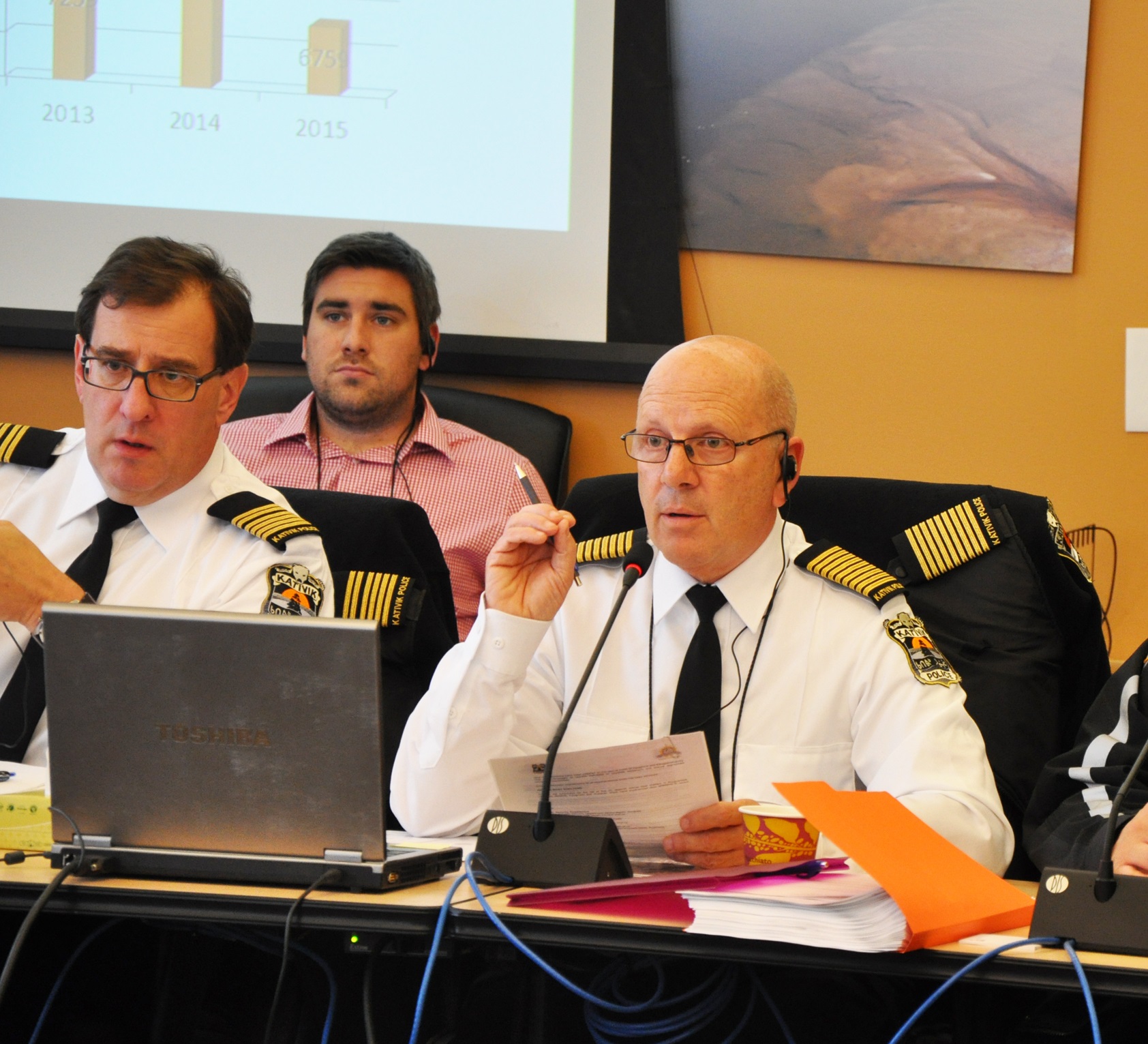 Michel Martin speaks to a Kativik Regional Government meeting in 2017 while he served as chief of the Nunavik Police Service. Martin has been named as a liaison between the Quebec government and Indigenous groups seeking support for residential school memorials and healing. (File photo by Sarah Rogers)

Nunavik’s Makivik Corp. says it welcomes the Quebec government’s plan to create a central portal for Indigenous communities to use to navigate support for residential school memorials and healing.

Following the May discovery of 215 children buried on the grounds of the former Kamloops Residential School, Bennett said the federal government would release the remaining $27 million of a fund earmarked for residential school survivors to help fund searches for other graves at former school sites.

“I want the decisions to be taken by the communities, they are best placed to make decisions on what’s best for them, our role is to support them in those efforts,” Lafrenière said during the televised news conference.

Lafrenière also announced a consultation group made up of elders from different Indigenous communities across the province.

“We are hopeful that this will give Nunavimmiut the tools and the avenue they need to discuss and make decisions on the many topics that surround residential schools,” said Makivik spokesperson Carson Tagoona on Tuesday.

Between the 1950s and 1970s, the federal government operated four hostels in Nunavik — in Kuujjuaraapik, Kangiqsualujjuaq, Kangirsuk and Inukjuak. Many Nunavimmiut students were also sent to the Churchill Vocation Centre in Manitoba when it opened.

But Makivik has yet to come up with specific items it wants to raise with Quebec’s new liaison, Tagoona said.

“With the renewed attention on the subject of residential schools, this is undoubtedly a tough time for the survivors and their families, and we are looking at ways that we can best assist them during these difficult times.”

Following the discovery of the mass grave in Kamloops, Makivik president Pita Aatami called on governments and churches to initiate a search of all residential schools to recover other undiscovered graves and repatriate any remains to their home communities.

Many Nunavimmiut attended residential schools, Aatami noted, and the lasting effects of that experience have created intergenerational trauma in many Nunavik families.

The Truth and Reconciliation Commission found that at least 4,000 Indigenous children died in residential schools, suggesting there are many more unmarked graves to uncover.

“The most important thing to remember is that some communities are ready to dig, others are not,” said Mathieu Durocher, a spokesperson for Lafrenière’s office, in a French-language email to Nunatsiaq News on Tuesday.

“We want to respect the rhythm and wishes of each community. The federal government has confirmed that funds will be available, and that people will have access to psychosocial care if needed.”

Michel Martin, who started in his new role this week, is a retired Sûreté du Québec officer who went to serve as chief of the Nunavik Police Service from 2015 through 2018, when it was still called the Kativik Regional Police Force.