Investigation will look at whether youth were prevented from speaking Inuktitut 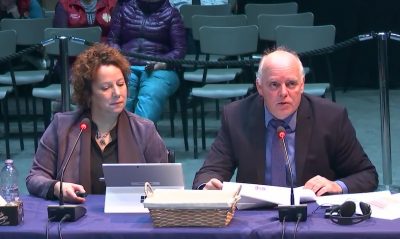 Quebec’s Human Rights and Youth Commission has launched an investigation into the treatment of Inuit youth living in foster care in Montreal.

The commission, which goes by its French-language name, Commission des droits de la personne et des droits de la jeunesse, started the investigation in December, when it heard allegations that Inuit youth were not permitted to speak Inuktitut—and were even being punished for it—in the West Island youth centres where they are housed.

In Montreal, those youth would have been housed by the CIUSSS de l’Ouest-de-l’île-de-Montréal, the health and social services authority in that part of the city.

The commission said it also received information that a number of Inuit youth were not re-assigned social workers when they were transferred from care in Nunavik to Montreal, “under the pretext that they are still under the responsibility of the Nunavik department of youth protection,” the commission said in a Dec. 21 news release.

Based on that information, the commission said the rights of those youth may have been violated under the Youth Protection Act.

“The purpose of this investigation is to verify whether the rights of these young people have been respected and, if [not], to have the situation corrected,” the commission said in the release.

Youth protection is already a thorny issue in Nunavik, where one in three Inuit youth under the age of 18 were reported to its services over the last year.

These statistics show the number of Nunavik children reported to youth protection services in the region by year. (IMAGE COURTESY OF NRBHSS)

In testimony made to Quebec’s Viens commission last November, youth protection officials said Nunavik’s social services network is already strained as it faces a growing case load and a shortage of both intervention workers and foster families.

As it stands, youth protection directors told the commission that Nunavik social workers oversee an average of 45 cases at any given time, compared to social workers elsewhere in Quebec who manage 18.

Delivering culturally relevant services even in the region is already a challenge; the first language that youth protection workers use in interventions is almost always English, the Viens commission heard, unless an Inuk community worker is there to interpret.

To help encourage more Nunavik families to take in children, the Nunavik Regional Board of Health and Social Services is negotiating with the Quebec government to increase the daily fees paid to foster families in the region from about $40 to $100 a day.

In 2017-18, the health board said that 383 children from the Hudson Bay coast alone were placed in foster care for a period of at least 30 days each.

Youth protection officials said that placing children in foster care outside of the region is only done as a last resort, when no family members or other foster families can be found in the region.

Currently, there are 99 Nunavimmiut children placed in case outside of the region, though health officials say that is largely due to Nunavik-based foster families making the decision to relocate south.

Nunavik’s health board hopes to make much broader changes to its youth protection system in the coming years, to cut down on the number of children placed in care and to better adapt those services to Inuit communities in general.

An updated version of Quebec’s Youth Protection Act now allows the province to enter into agreements with Indigenous communities to design and deliver their own youth protection programs.