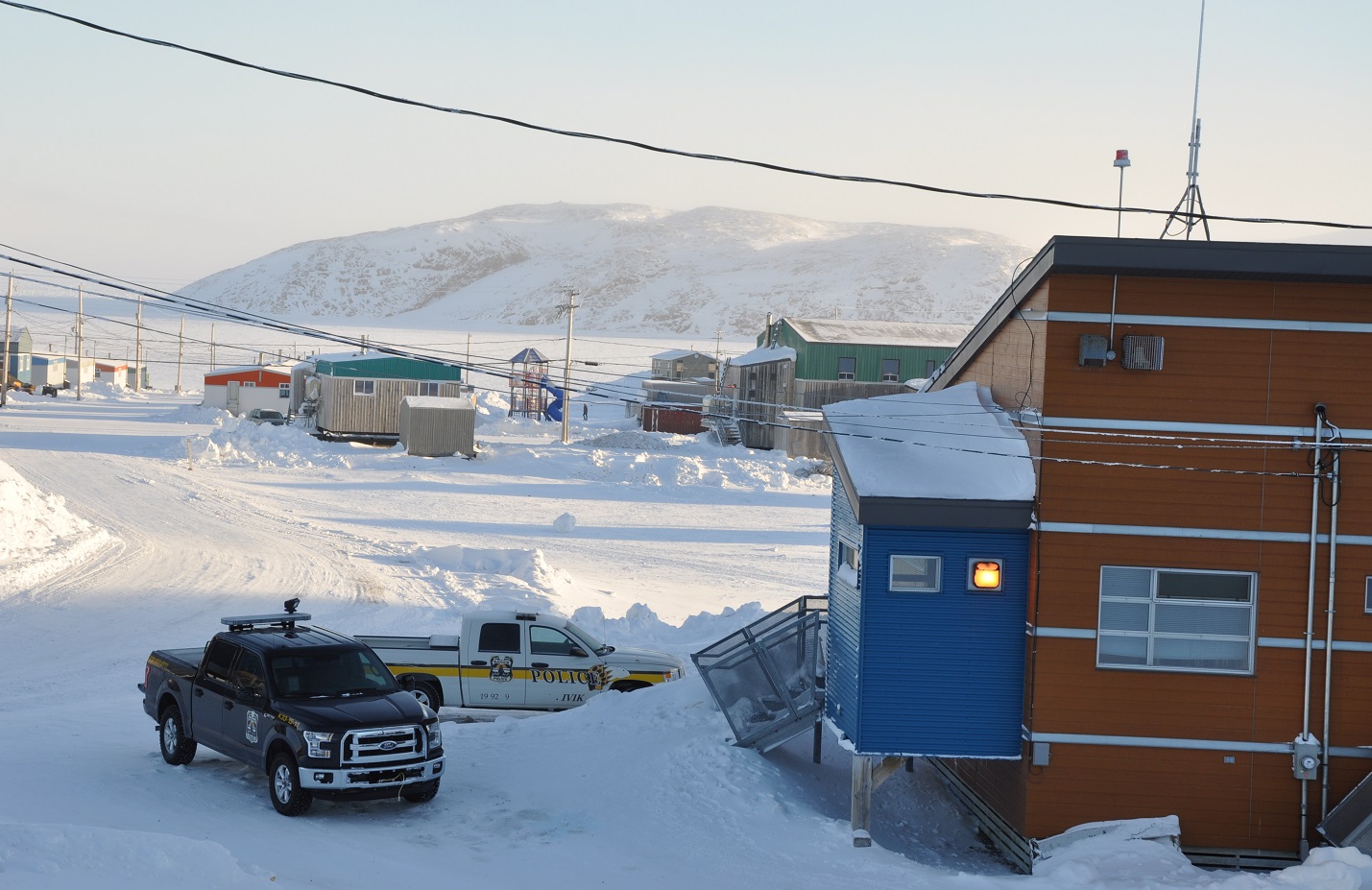 The Nunavik Police Service detachment in Ivujivik, where police are investigating the March 25 death of a man and woman. (File photo by Sarah Rogers)

Quebec police say last week’s deaths of a Nunavik woman and man are considered suspicious, but it’s too soon to confirm whether they’re investigating a homicide.

Nunavik Police Service officers were called to check in on a home the evening of March 25 in Ivujivik, a community of about 500 located where the Hudson Bay meets the Hudson Strait.

There, officers found the lifeless bodies of a woman and a man.

They have now been identified as Peter Ainalik, 44, and Kataluk Paningayak-Naluiyuk, 43, according to Sûreté du Québec spokeswoman Nancy Fournier.

Relatives say the two had been in a relationship and had children together.

Court records show a history of violence: Ainalik was convicted of assault on Paningayak-Naluiyuk in 2019 and served jail time that same year.

The Sûreté du Québec continues to investigate, but Fournier said police have no theory yet on what may have caused the deaths.

Fournier said autopsies are underway, the results of which should be available next week.

The incident marks the second time in Nunavik this year that a couple has died where the male spouse has a history of violence against the woman victim.

In February, police discovered the bodies of an estranged Kuujjuaq couple Thomassie Cain and Elisapie Angma in two different homes.

Court records show Cain had a recent history of alleged assaults and harassment of Angma, prompting a series of court-ordered conditions for the man to stay away from her.