In Nunavik, the program will focus on screening for FASD 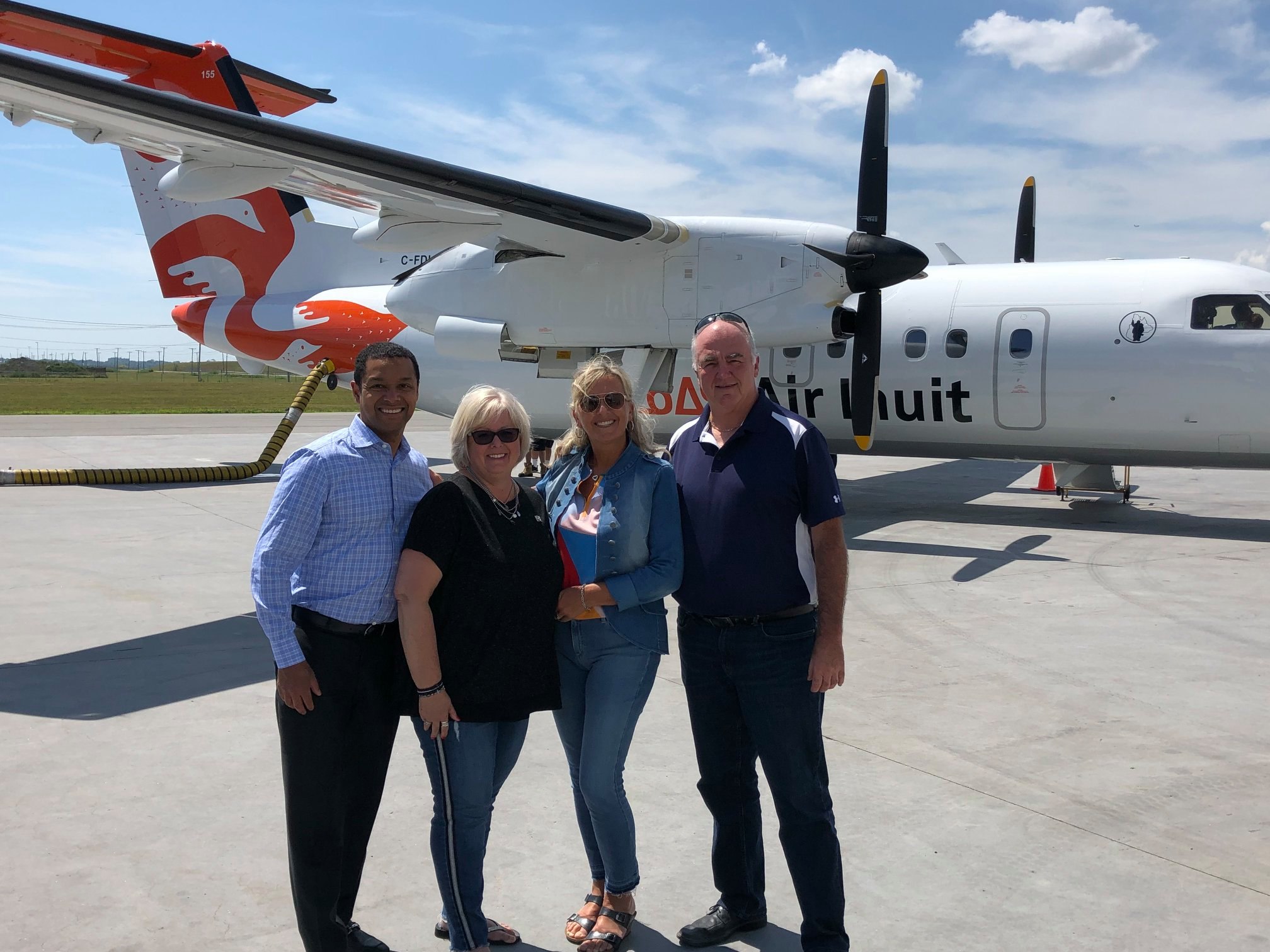 Quebec government officials and members of the legislature prepare to board their Air Inuit flight to Puvirnituq on July 29. From left: Lionel Carmant, assistant minister for health and social services; Sylvie d’Amours, minister responsible for Aboriginal affairs; Andrée Laforest, minister of municipal affairs and housing; and Denise Lamothe, MNA for Ungava. (Government of Québec photo)

A handful of Quebec government officials visited Nunavik earlier this week to announce funding for a new health intervention team to help screen for neurological disorders in Nunavik children.

Sylvie d’Amours, the minister responsible for Aboriginal affairs, Lionel Carmant, assistant minister for health and social services, Andrée Laforest, minister of municipal affairs and housing, and Ungava MNA Denis Lamothe were in Puvirnituq and Kuujjuaq on July 29 and 30.

Ministers and MNAs are touring the province to promote the government’s Agir Tôt (Act Early) program, an initiative to screen for and diagnose development delays, physical and intellectual disabilities, and autism spectrum disorder in young children from birth to age five.

In Nunavik, the Quebec government has pledged to create an intervention team, which would be made up of a prosthetist-orthoptist, a speech therapist, a psycho-educator, a special educator and a nutritionist.

Both of Nunavik’s two hospitals, Tulattavik and Inuulitsivik health centres, will have access to the team of professionals via a web-based application, where parents fill out questionnaires to evaluate their child’s development.

The Nunavik Regional Board of Health and Social Services said it’s “pleased with the increase in services for children and their families,” a spokesperson said in a July 31 email to Nunatsiaq News.

“Special attention will be deployed to increase the screening of the fetal alcohol spectrum disorder.”

The government has committed $48 million to deploy the province-wide initiative in 2019-20, with an annual contribution that’s set to increase to $88 million by 2024, the government said in a press release.

Quebec government statistics suggest that about 17 per cent of children and teens in the province live with some type of neuro-developmental disorder.

“Even in remote areas, it will be essential to provide services to all our children, right from the start,” said Lionel Carmant in a July 30 news release.

“With Agir Tôt, we have the means to positively influence the lives of our children and enable them to develop their full potential.”