Queer Inuit youth ‘can be themselves’ at Ottawa drop-in space 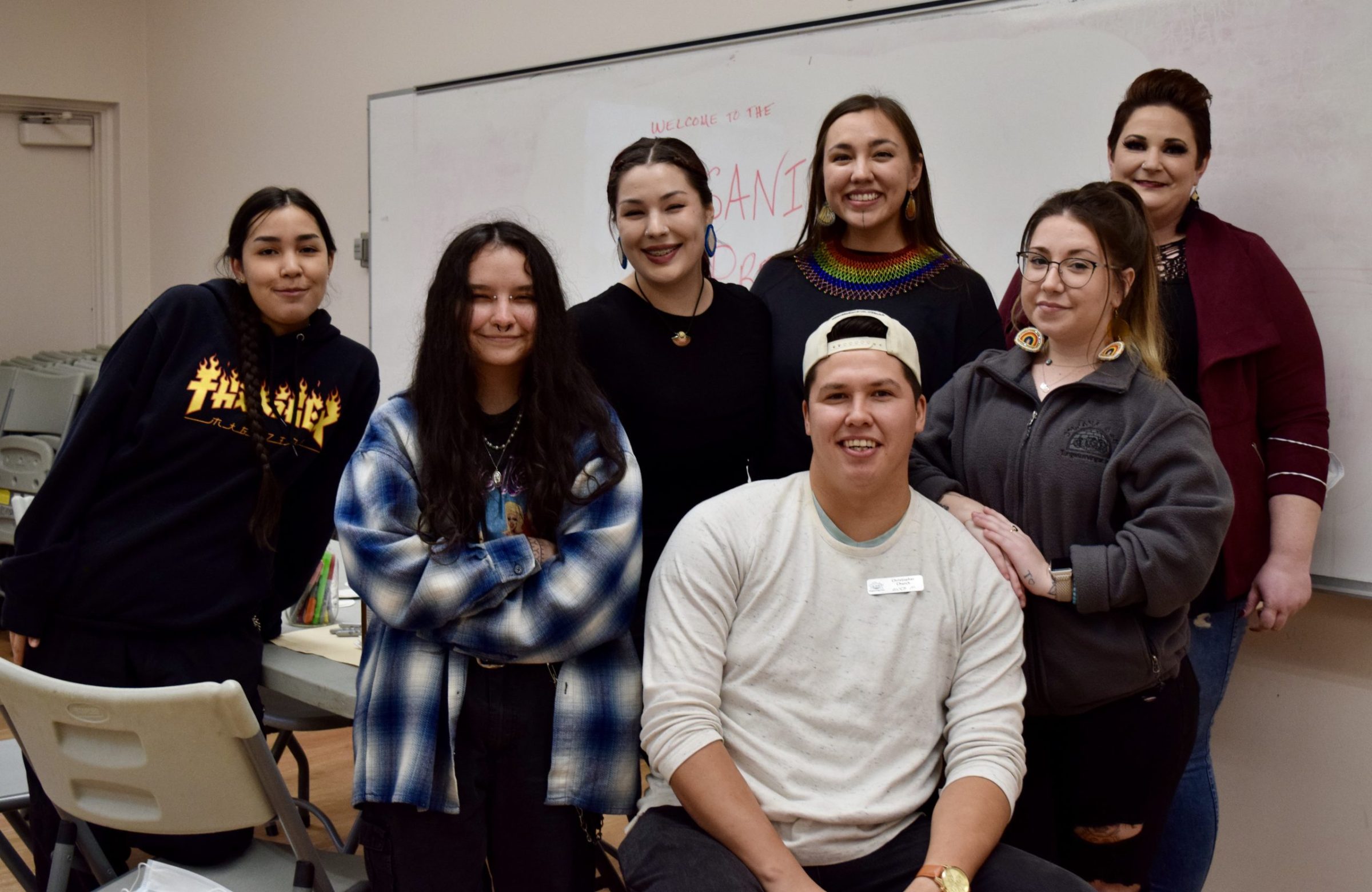 Organizers and supporters of the Arsaniq drop-in centre celebrated the opening of the program, designed for queer Inuit youth in Ottawa, at an event on Friday at the Bronson centre. From left: Anika d’Argencourt, Reese Lucassie, Katia d’Argencourt, Chris Church (sitting), Mikka Komatsiutikiak, Aly Schamerhorn and Jennifer Chafe. (Photo by Madalyn Howitt)

A new drop-in program for queer Inuit youth in Ottawa celebrated its grand opening Friday with a country food buffet and an inclusive space.

Arsaniq is a program run by Ontario-based organization Tungasuvvingat Inuit designed for youth who identify as 2SLGBTQ+. The 2S stands for “two-spirit,” a term that’s specific to queer Indigenous identities. The + includes pansexual, intersex, asexual, and other identities.

Guests at the inaugural event were treated to a throat singing performance, a buffet of snacks, rainbow cookies, dried caribou, frozen caribou and candied Arctic char.

Most important, though, the space served as a place “where people can just be themselves,” said program organizer Jennifer Chafe.

Youth who attend will have the chance to connect with others in the queer community and can take part in activities ranging from practising therapeutic arts to learning how to be creative with makeup to playing traditional Inuit games, Chafe said.

Friday’s event was a chance for people to say hello, make new friends and meet the organizers, she said.

The Arsaniq drop-in space will be open Friday afternoons in room 222 of the Bronson Centre from 2:30 to 5 p.m.

The final program of the year will be held Dec. 23, but organizers say they hope to extend the program into the new year if funding permits.

Anyone interested in learning more about the space can email organizer Mikka Komatsiutikiak at mkomatsiutikiak@tiontario.ca

See below for some more photos of Friday’s event.