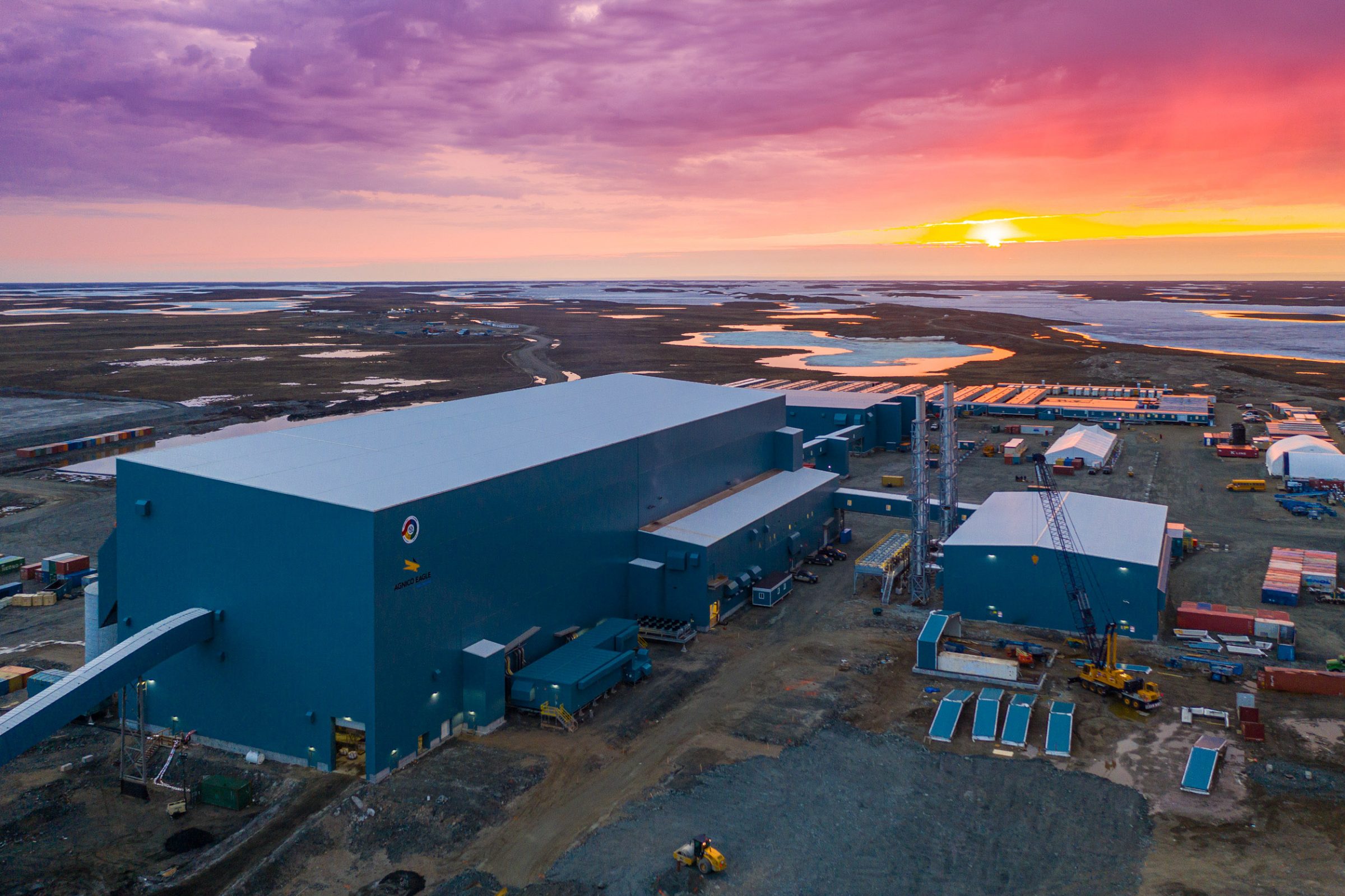 From a distance, the site looks like a small town, with new buildings stacked beside rows of living quarters.

The long-awaited mine, which cost more than $900 million to build, officially began commercial operations in May 2019.

Agnico bought the property in 2010, but the area has been explored for its mineral potential since the 1980s, said Martin Plante, Meliadine’s general manager.

Although there were some “bumps along the way” to production, things are now going smoothly, Plante said.

“Right now we are in production mode. We started to hire our permanent employees in 2017 at the mine and as the new department is getting in line, we’re starting to hire people in the other sectors too,” he said.

“The goal was to start in the second quarter of this year and achieve a production rate of 3,750 tonnes per day, up until we reach the second phase.”

The underground portion of the mine currently reaches 450 metres at its deepest point.

Housing shortage looms as mine continues to grow

Meliadine employees work on a two-weeks-on, two-weeks-off schedule. Workers from outside Rankin Inlet fly in and out on charter flights from other parts of Canada, as well as other Kivalliq communities.

And as the mine and its workforce continue to grow, so does Rankin Inlet.

Harry Towtongie, Rankin Inlet’s mayor, is concerned about how the mine’s growth will put further strain on the lack of available housing in town.

“I’ve been a big supporter of hiring locally. But the problem we’re having now is housing—housing people that want to move here to work at the mine. It causes a little bit of a bind for people that bring in their families from other communities,” he said.

Towtongie said he has brought the issue to Agnico Eagle with the hope of working with the company to find a solution.

“We’re kind of hoping that they will somehow end up having some kind of housing for their employees that are from the North, from here,” Towtongie said.

In June, Agnico Eagle made a $1 million donation to three Rankin projects, but none focused specifically on housing.

“There are people here that work at the mine, then they come back here and they are homeless,” Towtongie said.

“Housing is always going to be an issue. But we need help with that.”

Over the next 15 years, the company expects to pay roughly $450 million in royalties and fees to both the Kivalliq Inuit Association and Nunavut Tunngavik Inc. for its Nunavut-based mines.

Ramping up production and preparing for automation

In 2018, Nunavut News reported that Agnico was researching how to integrate automated technology at its Kivalliq mine sites and had plans to start testing in 2019.

This technology would include driverless long-haul trucks and scoop loaders operated remotely by joysticks.

Plante said automation at Meliadine could be introduced over the course of next year.

“We’re not that advanced as of now,” he said.

Automated technology would be used when blasting occurs between underground shifts, he said. When that happens, employees have to evacuate the site for up to an hour and a half.

“We’re not at the point where we can operate [automatic] trucks during the regular day shifts,” he said.

Plante said this means the technology would only operate between shifts, and would not eliminate jobs already in place.

“The goal there is not to eliminate employment. It’s more to develop other skills from the people and get a safer environment,” he said.

Inuit employment at 20 per cent

There are close to 600 permanent employees at Meliadine, plus an additional 500 to 600 who work on contract, Plante said.

And 20 per cent of those employees are Inuit, Plante said. The Inuit impact benefit agreement struck between the Kivalliq Inuit Association and Agnico Eagle sets a goal of eventually reaching a 50 per cent Inuit workforce, at minimum.

To date, three of the site’s supervisors are Inuit, Plante said.

One of them is Ashton Kadjuk, originally from Arviat, who oversees a team of 19 underground workers.

Kadjuk said he first became interested in mining during a semester off university, when he took an eight-week diamond drilling course. After he graduated, he immediately started working in exploration drilling at a site in Baker Lake, he said.

“As a teenager I was always interested in mining. I always had that respect for miners, working in a harsh environment and it’s a very tough job,” he said.

He later got a job as a haul truck driver at Meliadine. He was promoted to supervisor in Jan. 2019.

“It’s the best job in the world. Just the challenge and knowing you can make a difference… I think I’m able to keep the guys working safely,” he said.

Alisa Nahalolik, a utility miner, has been working in mines since 2012. She came to Meliadine to be closer to her family in Rankin Inlet.

“All my life I wanted to follow my dad’s steps and my late grandpa’s steps. My late grandfather worked underground here in Rankin at the nickel mine. And he wanted me to work at the mine,” she said.

She also wants more women to consider a career in mining, noting that a small number of women work at the site.

“I encourage more ladies. Ladies are more careful,” she laughed.