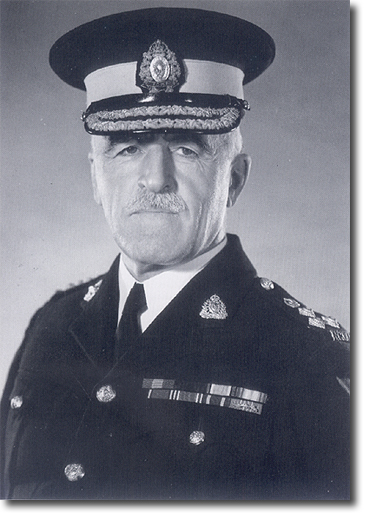 Rasmussen among the Mackenzie Inuit

Danish explorer Knud Rasmussen and his party began their journey out of Copper Inuit territory on Feb. 15, 1924, marking the end of his research into the customs of Inuit known as the “Central Eskimos.”

What followed was a westward journey of approximately 900 kilometres to Baillie Island, a route along which few Inuit lived but which was populated by white trappers lured there by high prices for furs, particularly the pelt of the white fox.

On March 3, they met the first of many Alaskan Inuit immigrant trappers, also enticed by the promise of furs. They were hospitable, and to Rasmussen’s surprise, spoke good English.

Six days later, they passed Cape Parry and reached Horton River on March 15. The following day, they passed the “smoking mountain” where fire had burned in a coal seam for many years.

Next, they reached the Hudson’s Bay Company post at Ballie Island where another Dane, Henrik Henriksen, was the manager. Here, Rasmussen noted, he “felt almost as if he were in Greenland, among Eskimos who spoke of whales and white whales, seals and bearded seals, kayaks and umiaks, people with a way of living entirely different to that of the Central Eskimos.”

He wrote that, “Instead of snow-huts they had houses of wood or earth, and even their language was more like that at home. And yet they were very different from the Greenlanders, first and foremost because they were much more prosperous, thanks to the profitable fur hunting and the keen competition among the pelt buyers.”

Many were wealthy and owned their own motor schooners. They drove hard bargains but, wrote archeologist Therkel Mathiassen in his report on the expedition, “With Knud Rasmussen’s unique powers of associating with Eskimos it was not long before they thawed and told him all he wanted to know without having to wave dollars under their noses.”

On March 25 they continued west. At Liverpool Bay, they spent four days with an excellent storyteller, Apagkaq. In early April, they were the guests of a chief named Magilaluk, who hosted them in his “imposing log-cabin.”

The Mackenzie Eskimos had once been numerous, numbering about 2,000 in the middle of the 19th century. About half of those had lived at Kitigaaryuk. Since then, epidemics had reduced the population to about 400, but half of those were immigrant Alaskan Inuit lured by employment in whaling’s heyday and later by furs.

When Rasmussen arrived Kitigaaryuk was an HBC post, but the company faced stiff competition from “cash buyers” who came down the Mackenzie River and paid better prices for furs.

A white fox pelt sold for $30, and many Eskimos became well to do. Many had bought schooners, some costing as much as $3,000. The women used sewing machines. Many men had their own typewriters. Hairclippers, safety razors and cameras were common.

Mathiassen’s report noted, “Kayaks are never seen nowadays; one that Dr. Rasmussen bought at [Shingle] Point was thought to be the last in the whole of the Mackenzie region.”

At Shingle Point, they encountered a community of Inuit suffering from influenza and all members of the expedition became ill, Arnarulunnguaq seriously so. They struggled on to Herschel Island, where HBC manager Carroll nursed them back to health.

They remained there from April 17 until May 5. There, Insp. Stuart Taylor Wood of the RCMP took an interest in Rasmussen’s work.

A report prepared from Rasmussen’s notes states Wood “seemed to share his [Rasmussen’s] opinion that a legal system like the Canadian, based as it is on laws and principles quite unknown to the people who infringe them, is unsound and involves a feeling of fear and uncertainty, and that the ground should first be prepared by a work of education.”

While there, Rasmussen collected a great deal of folklore from the Mackenzie Inuit and the Alaskan immigrants.

On May 5, they left Herschel Island and shortly crossed the unmarked border into Alaska. They followed 800 kilometres of coastline sparsely populated with small Inuit camps and the cabins of white trappers. They reached Point Barrow on May 23.

Rasmussen’s time among the Mackenzie Inuit had been short, only a month and half. However, it had been productive.

Rasmussen wrote: “I have succeeded, in spite of the short time, in collecting a whole lot of material regarding the customs and habits of the natives, their religious traditions and a very comprehensive folk-lore; and finally, I have also been able to get a handsome collection, about 300 specimens, of implement items, flints, etc. from the time prior to the white man.”

He devoted less time to the Alaskan immigrant Inuit he met there, with one exception being Apagkaq at Liverpool Bay. Rasmussen noted, “This is the first time I have encountered story-telling regarded as an art and cultivated as such since I left West Greenland, and the result I obtained was unique and good.”

Rasmussen noted also that he had “never any language difficulty,” but the work was exhausting. “More work than I could manage,” he wrote, and he had to get rest on the sled while travelling, “continuously moving in all kinds of weather.”