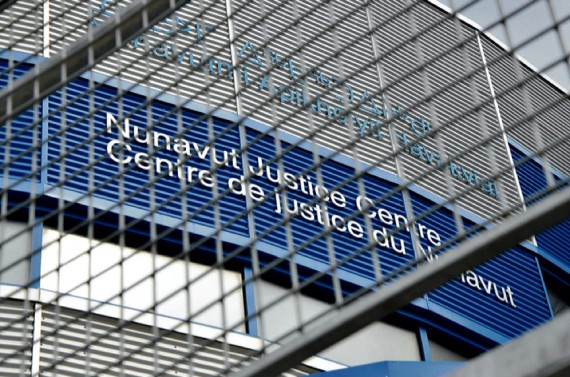 The Nunavut court was unable to grant a peace bond, because the RCMP did not summon the man the bond was filed against. (FILE PHOTO)

Nunavut Justice of the Peace Joey Murdoch-Flowers denied a woman’s application for a peace bond on Friday, Nov. 9, because the man she filed the bond against was not “adequately served with a summons” by the Iqaluit RCMP.

But Murdoch-Flowers made that dismissal against the backdrop of a clearly stated RCMP commitment to reduce and prevent violence against women, the JP said in his decision, released on Tuesday, Nov. 27 by the Nunavut Court of Justice.

“It is of the utmost importance that citizens who approach the court have confidence that all players in the court will be responsive to their needs,” Murdoch-Flowers said.

A peace bond is a court order to keep the peace for a period of time. The bond puts conditions on a person that could prevent them from causing harm or damage. A peace bond does not show guilt and does not lead to a criminal record, but breaking conditions of the bond could lead to criminal charges.

On Aug. 20, the woman made the application for a peace bond, and came to court on Sept. 10 for a scheduled hearing over that application.

But there were no court records to show that the man was ever served with a summons. The woman was upset that nothing had happened, Murdoch-Flowers wrote.

She did not attend two following dates on Sept. 24 and Oct. 22, where her application was again unsuccessful, because there was no record that the RCMP summoned the man for the bond.

On Oct. 23, a police officer told the court that the RCMP attempted to serve the man with a summons one day before his first appearance. RCMP tried again on Sept. 25 but learned the man worked on a two-week-rotation schedule and was out of town.

“RCMP notes did not indicate any further attempt to serve [the man] between September 25 and October 22,” the decision read.

He then referred to a 2014 RCMP report titled Missing and Murdered Aboriginal Women: A National Operational Overview. In that report, the RCMP promised to identify communities where women are at risk of violence and to prioritize violence prevention and intervention.

Murdoch-Flowers also cited testimony given in June of this year to the National Inquiry into Missing and Murdered Indigenous Women and Girls  by the new commissioner of the RCMP.

In a testimony given in Regina, RCMP Commissioner Brenda Lucki apologized on behalf of the RCMP to families who felt “disrespected, ignored and neglected by the RCMP.”

“It’s very clear to me that the RCMP could have done better. I promise to you, we will do better. You are entitled to nothing less than our best work in your communities,” she said, as quoted in the Murdoch-Flowers decision.

“Against this backdrop, I dismiss the application, as the respondent was never summonsed to answer to the peace bond application,” Murdoch-Flowers said.