RCMP to provide Inuktut phrasebook to its officers 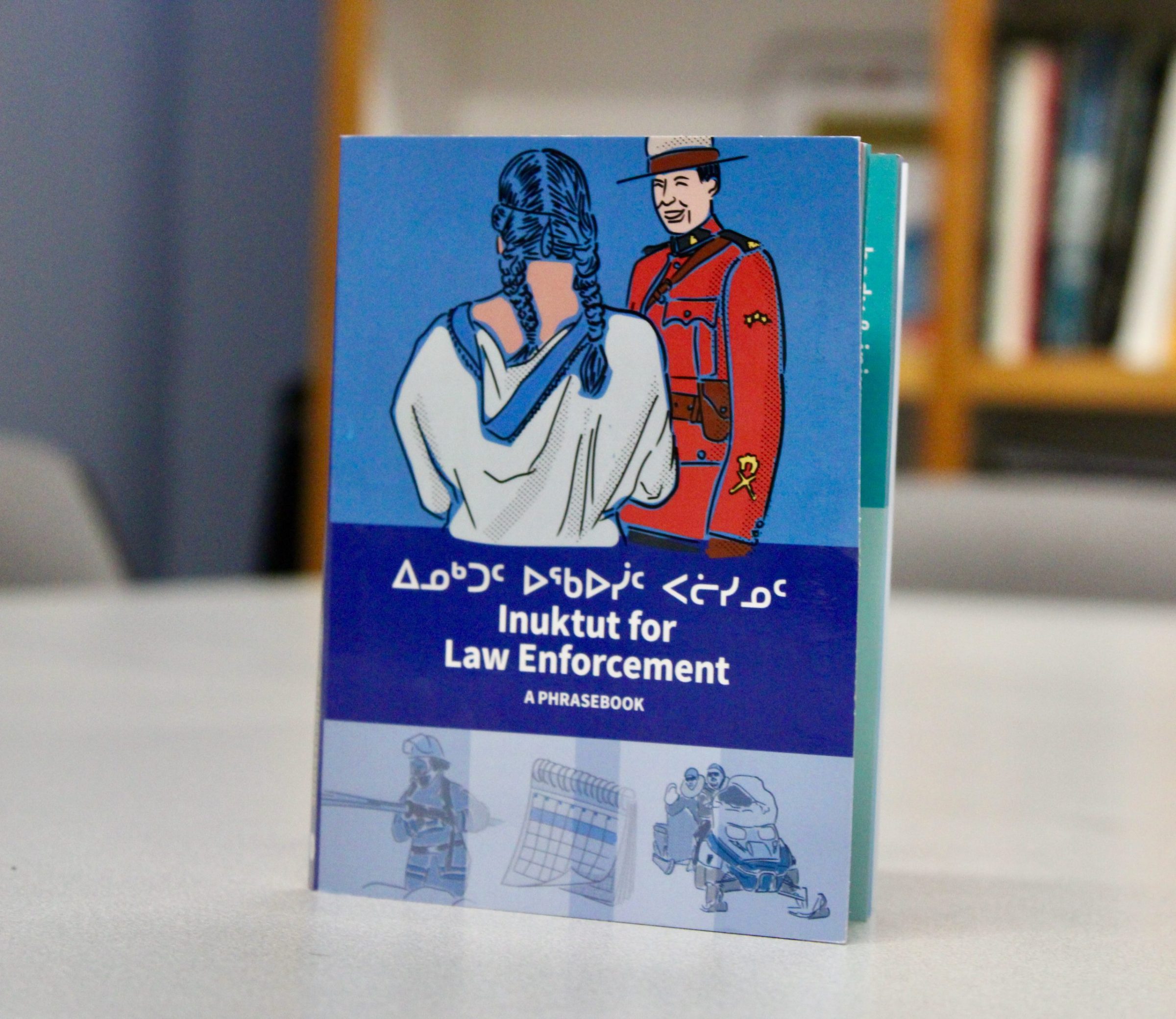 Since arriving in January 2019, Nunavut RCMP Chief Supt. Amanda Jones says she’s heard from MLAs and community members that her officers’ lack of Inuktut has been a barrier in the territory’s communities.

As a result, Jones reached out to the Inuit-language organization Pirurvik Centre to establish an Inuktut phrasebook tailored to the RCMP.

“It’s a tool our members can use,” she said.

The book contains lists of basic words and phrases and their Inuktut translation.

“We wanted something that [was] using the language that we use,” Jones said of how the phrasebook tailors to the RCMP.

Phrases such as ‘do you need medical assistance,’ or ‘you’re under arrest,’ are examples she uses.

She also said that ensuring people understand their Charter rights is a critical reason for the handbook.

The handbook is barely larger than pocket-sized and is separated into sections from basic words to specific phrases about travel, the environment, family, community and others.

As well, each section comes with an illustration at the beginning. A breakdown of how grammar is used in Inuktut is provided at the end.

Jones said the phrasebook should make communication easier between Inuit and the RCMP.

She also hopes the attempt to improve language barriers will help increase Inuit recruitment to the force.

Currently, there are five Inuit RCMP officers in Nunavut.

In a recent training program aimed at recruiting Inuit to the RCMP, only one of 21 applicants eventually applied to join the service, Government of Nunavut Minister of Justice Craig Simailak said at a committee of the whole meeting June 9.

Jones said that program was designed to help Inuit pass the RCMP entrance exam. With a high pass rate, the program is viewed as a success, she added.

Pirurvik has made phrasebooks, including ones for health-care, so the process to create this one is similar, the organization’s director of production Chris Douglas said.

Douglas added that process identifies Inuktut words people working in a particular profession will need and puts those phrases into a book that can be published.

“The main idea is to have a very colourful and user-friendly publication that is easy to use,” Douglas said of the design.

He said the RCMP’s phrasebook was especially made to be carried as a pocketbook.

Douglas said creating the handbook is in spirit of the Inuit Language Protection Act, which establishes the right to communicate publicly in Inuktut.

“We’re happy to contribute in that way,” he said.