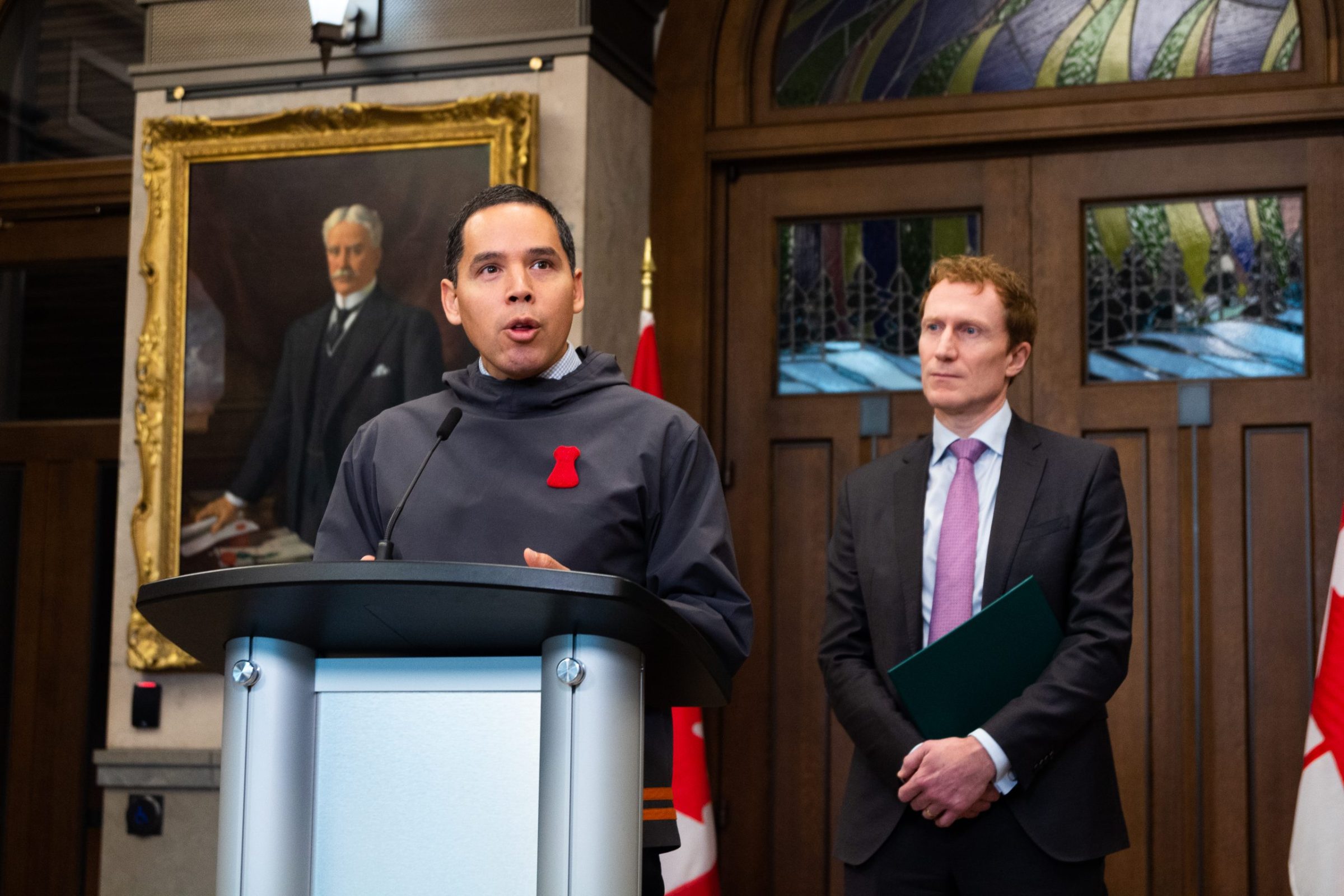 Inuit Tapiriit Kanatami president Natan Obed says a federal bill to establish a national council for reconciliation was not “co-developed” with Inuit, and is not endorsed by his organization.

Bill C-29 passed unanimously in the House of Commons Thursday and is now in the hands of the Senate. It would create a national council for reconciliation “an independent, non-political, permanent and Indigenous-led organization” to advance reconciliation with Indigenous peoples,” the bill’s text states.

This bill follows one of the 94 calls to action in the Truth and Reconciliation Commission’s 2015 report.

“The processes that the Government of Canada has used to come to the space where they had the first iteration of the bill were not co-developed with Inuit,” Obed said in a Friday morning press conference on Parliament Hill.

“If this piece of legislation was co-developed from 2017 or 2018, when the first considerations of this bill were discussed, I don’t believe that we’d be in this scenario where we’d have to talk about it.”

Obed was speaking alongside Marc Miller, the federal Minister of Crown–Indigenous Relations, in front of the House of Commons.

Miller sponsored Bill C-29 when it was first introduced in June. Despite Obed being critical of some aspects of the legislation, Miller showed some understanding and said he’d be open to improvements in the next phase of the legislative process.

“We will certainly be open to any reasonable amendments in the Senate,” Miller said.

Obed and Miller were speaking Friday to announce a list of Inuit and Crown Co-development Principles.

Meant to inform federal legislation and policies, the principles include themes of collaboration, protecting and respecting Inuit rights, and working in good faith.

“They will set the guidelines, very much so, for how we develop legislation,” Miller said.

Obed said he hopes to see the principles inform future legislation as policies in Inuit Nunangat continue to be tabled in the future.

“This is, I think, a good moment in time to also show that despite the challenges that we may have in positions, from time to time, that it in no way is ending our relationship or slowing down the work that we do together,” Obed said.

Lori Idlout, the NPD MP for Nunavut and a member of the House of Commons’ Indigenous and Northern Affairs committee, said she was surprised by ITK’s position on C-29. While the bill was in the going through the house, Obed spoke to that committee specifically on that legislation.

Regardless, Idlout said that she welcomes principles that improve Inuit relations with the government, and she would welcome “reasonable amendments” to C-29 in the Senate.

“Expectations on the council will be high,” Idlout said in an interview.

“It will be important to continue to hear how the bill can be improved.”