‘Reconciliation is not a project’: Mary Simon shares wisdom at Queen’s University 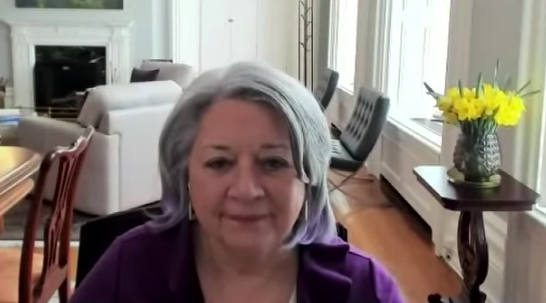 Gov. Gen. Mary Simon recalls that growing up in Nunavik as the child of an Inuk mother and non-Inuk father was an experience of “walking between worlds” that has helped her connect with Canadians, and connect Canadians with each other.

“During my life, I would … [use] my knowledge of one to benefit the other, always with the goal of improving Inuit life,” said Simon, giving her perspective as part of a virtual conversation called “Through the Eyes of the North: Our Collective Responsibility” at Queen’s University Tuesday.

Her talk was part of the Distinguished Speaker series, hosted by the university’s school of policy studies.

Speaking in English and French, Simon spoke of milestones and the role of reconciliation moving forward. Noting Pope Francis’ recent apology for the abuse experienced by survivors of the residential school system, she said such words “must be followed with action.”

“Reconciliation is not a project, nor does it have an end date,” Simon said. “We must always strive to acknowledge the pain and the truth of our history.”

She also stressed the importance of policymaking in furthering reconciliation, pointing to systemic issues in the North such as food insecurity, lower education levels, incomes and life expectancy, and high suicide rates.

“For too long, policies were imposed by asking, ‘What do we think is best for Inuit people? For Indigenous peoples?’” Simon said.

“We need to rephrase that question: ‘What do Inuit people believe is the best course for themselves?’ One question takes agency away. The other gives it back.”

Bob Watts, former interim executive director of Canada’s Truth and Reconciliation Commission and adjunct professor at Queen’s, also took the time to ask Simon about her thoughts on climate change.

In response, Simon spoke of the role Indigenous knowledge plays in giving climate and environment scientists more than one knowledge base to work from.

“Part of the solution [to climate change] is to not always just acknowledge Indigenous knowledge in documents and reports, but to actually work with people that are working in those [communities],” she said.

Established by Tom Courchene, the inaugural director of the school of policy studies at Queen’s, the Distinguished Speaker series aims to engage faculty, students, policymakers, politicians and other opinion leaders in discussions on major policy issues.