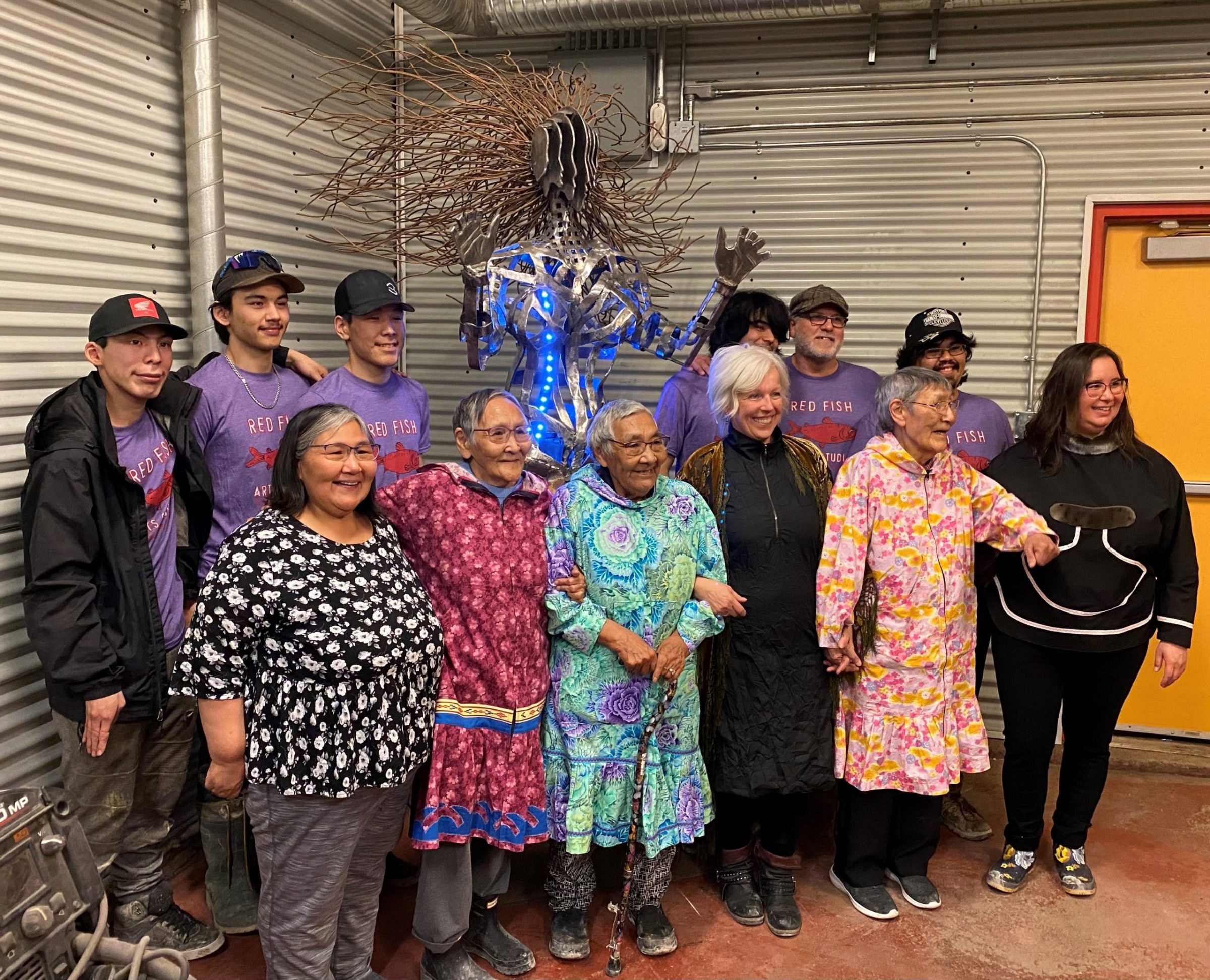 With too much rain to celebrate outside Tuesday evening, nearly 100 people in Cambridge Bay packed into a building to experience a transformation.

What was a fish plant in the 1950s has become the Red Fish Art Studio. It’s a place for people to dream up creations, such as an eight-foot welded sculpture of Nuliajuk, an Inuit goddess of the sea.

“Looking at people’s faces and hearing the oohs and ahhs of that evening and people still talking about it now, we know it was pretty successful,” said Marla Limousin, the chief administrative officer of the municipality of Cambridge Bay, which owns the gallery.

Four years of preparation have gone into its opening. The aim is to teach youth and adults alike a mixture of welding and art.

The name of the studio ties into its purpose for being built. Arctic char, one of the fish processed at the former plant, is red when it spawns. Now, Red Fish Studio spawns new ideas, Limousin said.

That creativity can help with other things as well.

“We know that when people get involved in the arts it creates that place where a community can be formed within itself,” Limousin said.

To ensure the studio meets those goals, it has programming for this fall planned for elders, youth and adults, said Ceyanna Pohl, the studio’s manager.

Youth programs will include drawing and making tie-dye clothing. Elders programs will also include painting, as well as candle making and sewing. Adults will get to try their abilities in welding and mala bracelet making, among other programs.

Inside, Limousin describes the studio as “magic.” The ceilings are close to 12 feet high with bright yellow and red walls. On the back wall, Pohl has painted a giant mural of fish.

Welding’s role in the studio is an interesting twist. Through their creation of muskox and wolf sculptures, local welders in the community won a $100,000 Arctic Inspiration Prize in 2019, showing how their trade can be used as an art form.

The process for building the Red Fish Studio began in 2017. After buying the former fish plant for one dollar from the Nunavut Development Corporation, Limousin and the municipality got to the work of renovating the building. The building was mouldy, dark and wet, but after receiving money from multiple supporters they were able to reinvigorate the location.

Limousin said the first part of the studio’s inception will be for figuring out what else is needed and whether more programming can be rolled out. For now, Pohl will be the only staff member and the studio will be looking for volunteers and instructors.

But after four years of hard work, the studio is open and programs will be offered and what was once a goal is now a reality.

“[This was] such a faraway dream,” Limousin said.