Redesigned Operation Nanook gets underway in the Canadian Arctic 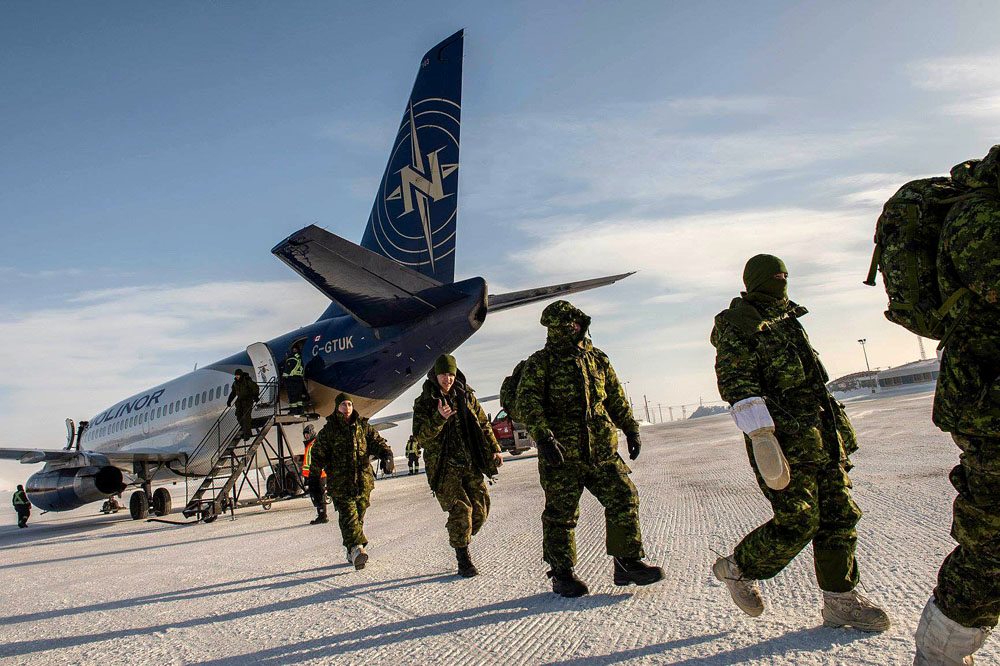 Members of the Arctic Response Company Group disembark at the Resolute Bay airport on March 23 from a 737 jet chartered from Nolinor. They are among the nearly 500 Canadian Armed Forces personnel participating in Operation Nanook this month. (Photo: Jérôme J.X. Lessard, DND)

Nearly 500 Canadian Armed Forces members, along with two U.S. Navy sea-ice researchers and a 10-member team of divers from Finland, Sweden, France, Norway and Denmark, are now participating in this year’s version of Operation Nanook.

The operation, which Canada’s Department of National Defence has combined with another annual exercise called Operation Nunalivut, got underway on March 17 at two locations in Arctic Canada: Tuktoyaktuk and Resolute Bay.

The exercise, which wraps up on April 1, will also involve staff from the governments of Nunavut and the Northwest Territories, federal agencies like Polar Knowledge Canada and Natural Resources Canada, and regional Inuit organizations.

“During the operation, CAF members will also cooperate with the Qikiqtani Inuit Association, the Inuvialuit Regional Corp., and other government departments and agencies to ensure the safety and security of Canada’s North,” a DND backgrounder said.

Since it began in 2007, Operation Nanook has until now been a summer-only whole-of-government exercise, done over a two-week period every August.

It’s usually conducted to help the Canadian Forces work with civilian agencies such as the RCMP and the Coast Guard on practice responses to mock civil emergencies, such as grounded cruise ships and downed aircraft.

But now, Operation Nanook has been combined with Operation Nunalivut and Operation Nunakput to become an umbrella operation covering exercises that will occur at various times throughout the year. The last standalone Operation Nunakput, which was an annual exercise done in the N.W.T., occurred in 2017.

The merger was brought about because of the difficulty of bringing together people from numerous government agencies for a brief period in the middle of each summer, DND says.

“Now, we are not limited to a strict window in August,” Lieutenant-Colonel Luc Frederic Gilbert of the Canadian Joint Operations Command said last summer in an article posted on the DND website.

At the same time, the annual exercise is taking on a more international dimension, with visiting troops from NATO allies like France, Norway and Denmark, as well as non-NATO countries like Sweden and Finland. 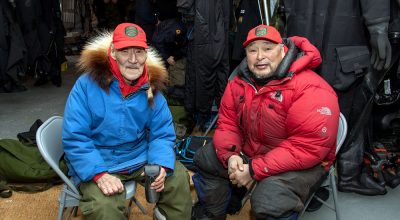 Ten Canadian Armed Forces combat divers, with 10 divers from Finland, Sweden, France, Norway and Denmark, have already arrived in Tuktoyaktuk, where they’re diving beneath the thick ice of the Beaufort Sea with members of the 1st Canadian Ranger patrol group.

At the same time, two members of the U.S. Office of Naval Research joined climate change researchers from the University of Washington for a project that measures sea-ice movements in the Beaufort Sea.

That’s through a scheme called the International Cooperative Engagement Program for Polar Research.

Nearly 300 troops from the Arctic Response Company Group, the Royal Canadian Regiment and other units arrived at Resolute Bay around March 21.

There, they’ve been working with 20 Canadian Rangers on Arctic survival skills and long-range patrols.

And about 30 members of the 440 Transport Squadron have been deployed from Yellowknife to provide logistical support.

In February 2020, the Canadian Forces are planning a joint exercise with the U.S. forces in Alaska, DND says.