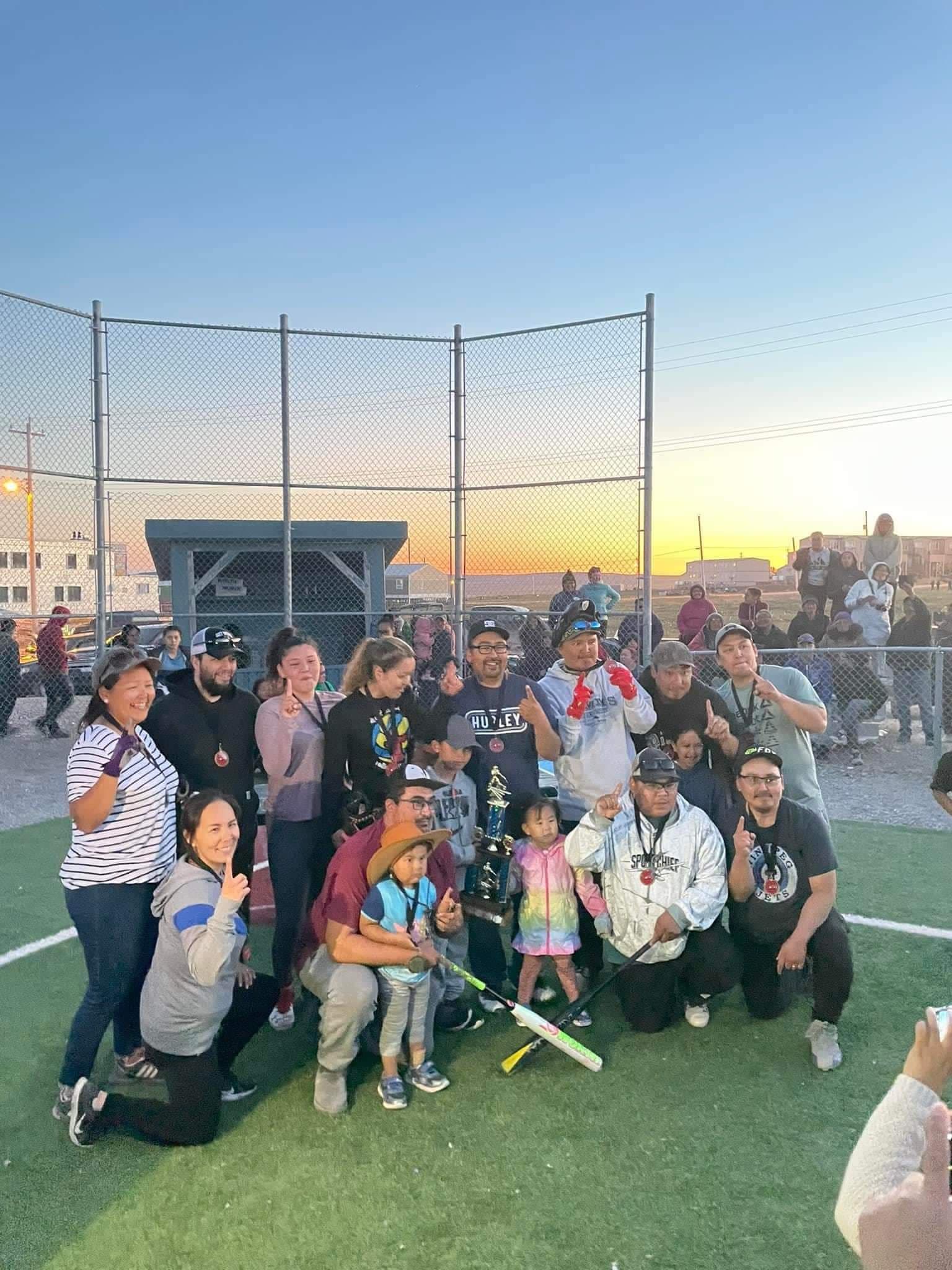 In August, residents in Baker Lake organized the third Swing Flames Cup, dedicated to the life of the late Solomon ‘Sala’ Tulurialik. The tournament brought the community together and ended in an exciting final, with the team Balls Deep beating the War Dogs 18-17 in extra innings. (Photo courtesy of Shawn Attungala)

Nunatsiaq News reporter David Lochead looks back on the Swing Flames Cup, an exciting tournament played for a good cause

As the summer came, softball season took off and news related to the sport, such as new ball diamonds, popped up.

It was around that time, in August, that I heard of the Baker Lake Swing Flames Cup.

The tournament was a local softball tournament held in Baker Lake, with a team from Arviat travelling in to play.

I enjoy reporting on sports stories in Nunavut because sports can bring people together.

After talking with one of the tournament’s organizers, Shawn Attungala, it was clear that that was the case here.

The Swing Flames Cup was in its third year and had been created for a good cause — to remember the life of Solomon ‘Sala’ Tulurialik, who died in 2019 at the age of 29.

It was touching to hear how Attungala and other community members decided to build this tournament as a way to respect the life of Tulurialik, who was heavily involved in the community through coaching hockey and volunteering.

“He was always smiling and friendly to everybody,” Attungala said at the time.

Being able to describe the tournament was fun as well. Attungala did a good job of breaking down the way the matches played out.

The final game was especially exciting to hear Attungala recall — he was the umpire.

It was exciting, too, listening to how the final had gone into extra innings, with the Balls Deep team from Baker Lake securing an 18-17 victory over the War Dogs, also from Baker Lake, with a dramatic final out at first base.

As a journalist, it was a fun and descriptive way to write an introduction to a story.

On top of the interview, the pictures and videos of the game posted on Facebook made it easier to be transported into that moment and all the excitement it held.

A picture of the winning team, and hearing there were fireworks afterward, made for a good finish to what sounded like a great community event.

I believe it is important to cover these events that bring people together. It’s a way to share good memories, while providing a balance to the difficult stories we also report on.

With Nunatsiaq News not being able to have a reporter based in communities like Baker Lake, it’s a challenge to catch every fun event like this. So I was glad I was able to chat with Attungala and write about what happened.