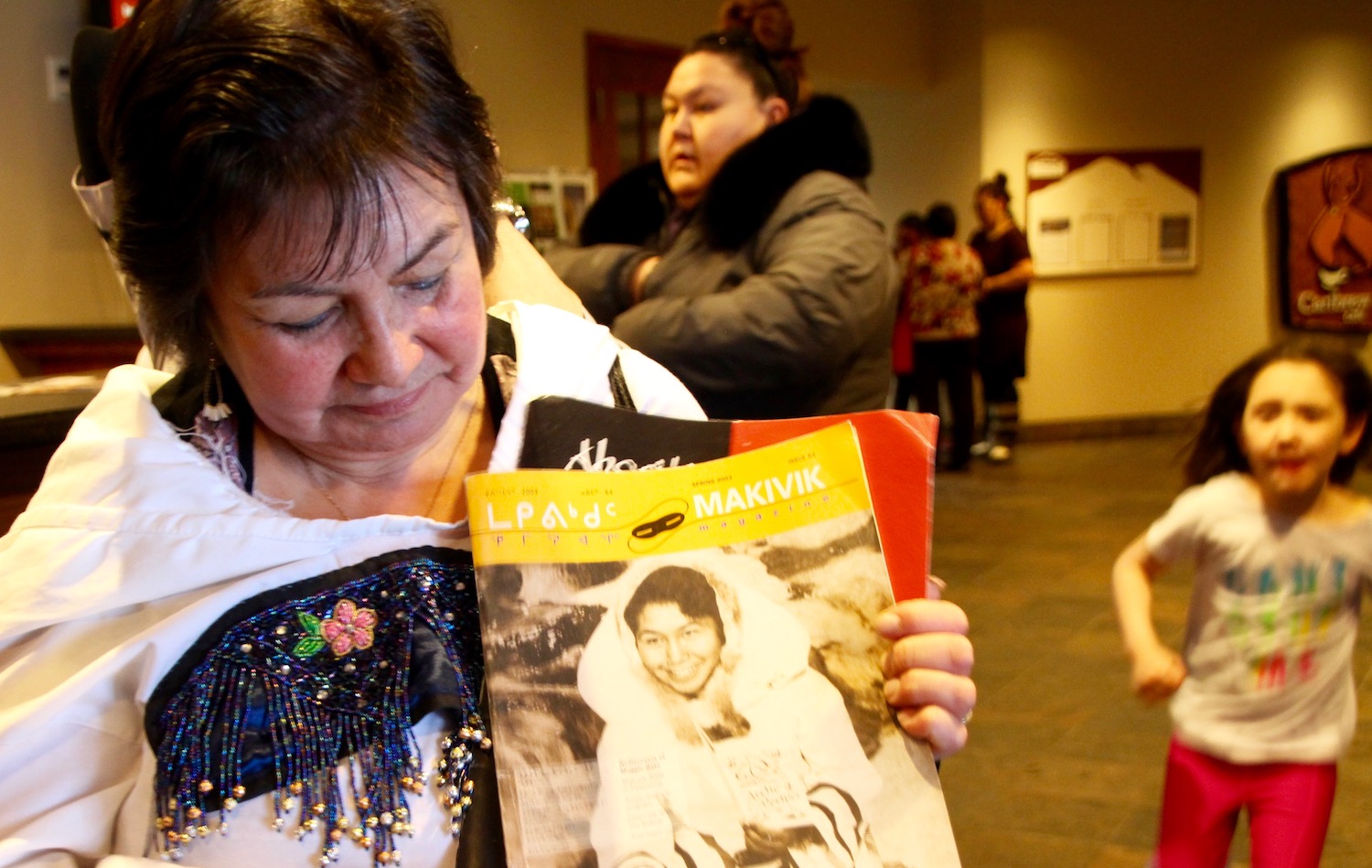 Lizzie Putulik of Kangirsuk holds a copy of Makivik News with an article about her aunt Maggie, who was taken from northern Quebec as an eight-year-old for tuberculosis treatment in the south. She never returned. Putulik was among many Inuit who were in Iqaluit today to witness a long-awaited apology from the federal government about the suffering of Inuit TB patients taken south between the 1940s and 1960s. However, Prime Minister Justin Trudeau’s aircraft was unable to land in Iqaluit today due to near-blizzard conditions. The flight has been diverted to Goose Bay in Labrador, with the hope that the weather may still improve and allow the prime minister to arrive this evening. Read more later on nunatsiaq.com. (Photo by Beth Brown)