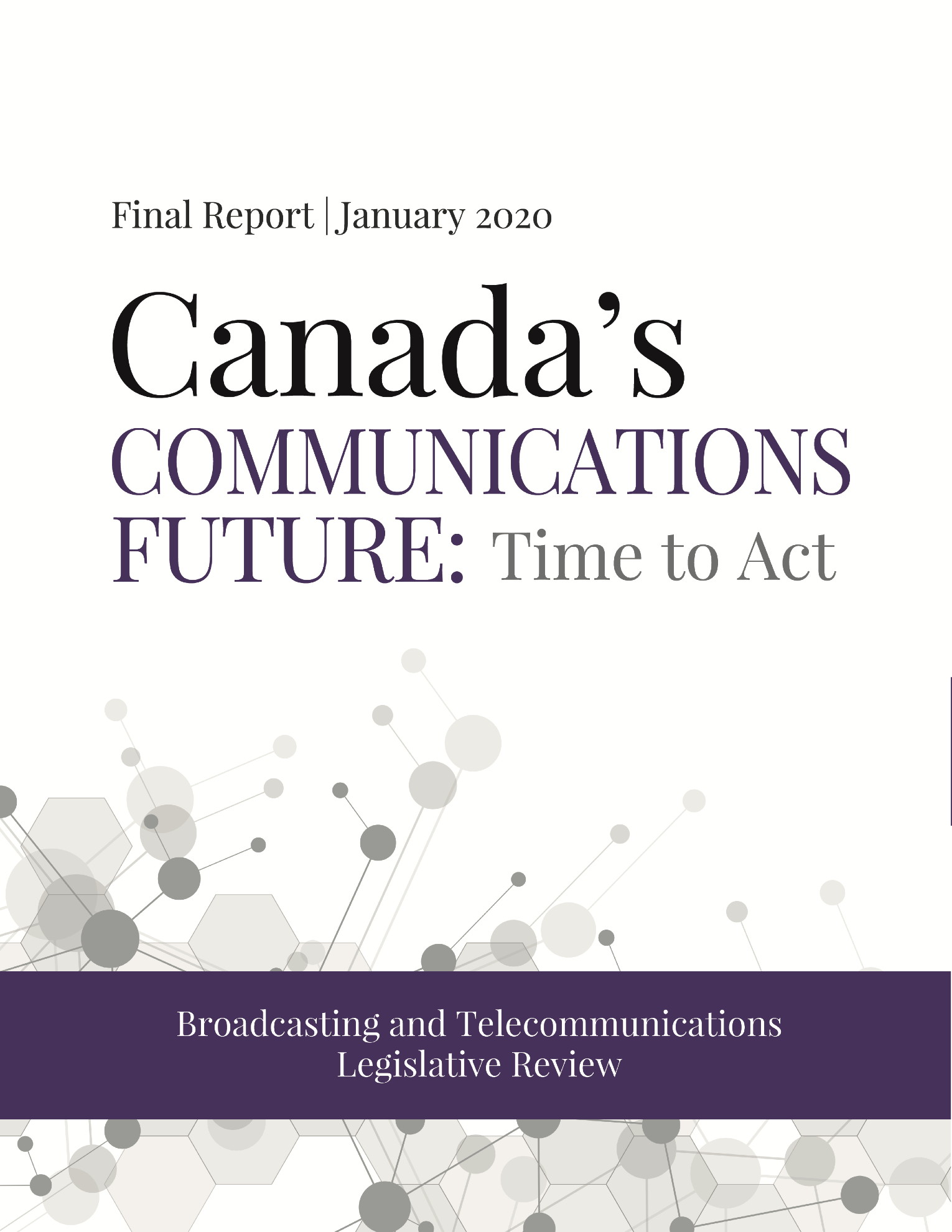 A six-person expert panel handed this report to the federal government on Jan. 29. Its many recommendations included a call for “decisive action” on improving access to electronic communications in rural and remote regions.

“The question is one of nation-building”

Remote and rural regions are falling further behind urban Canada in access to broadband internet and other forms of electronic communication, says a report by a six-person panel set up to advise the federal government

To correct that situation, the panel, which released its report on Wednesday, Jan. 29, recommends that all providers of electronic communication services be required to put money into the Canadian Radio-television and Telecommunications Commission’s broadband fund.

Created recently, the broadband fund uses contributions from internet service providers, but the panel says those who offer “any type” of electronic communication service should contribute to the fund.

“It is our view that all those who provide electronic communications services to the public could potentially contribute to this fundamental objective of the Telecommunications Act,” the panel said, although it didn’t specify what types of companies they have in mind.

It also recommends the Telecommunications Act be changed to say that all Canadians, no matter where they live, should have “timely, affordable, barrier-free access” to the telecommunication services they need to fully participate in Canadian society and the global economy.

“The question is one of nation-building,” the panel said in its report.

It points out that in 2016, Canada’s telecommunications watchdog, the CRTC, declared that all Canadians should have access to broadband internet speeds of at least 50 Mbps for downloads and 10 Mbps for uploads.

In contrast, Northwestel’s Tamarmik Nunaliit network in Nunavut, which is partly funded by $49.9 million from the federal government’s Connect to Innovate program, offers wireless download speeds of up to only 15 Mbps, through its sister company, Bell Mobility.

But that’s not enough to meet changing service standards.

“Over time, high-speed internet access has supplanted local telephone service as the standard for the goal of universal access,” the report said.

As of 2018, 98 per cent of urban households enjoyed access to services offering the CRTC’s minimum broadband speeds. 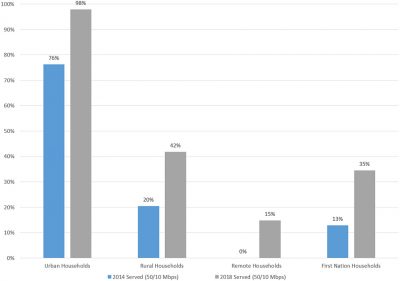 This graph illustrates the stark contrast between the level of broadband access that urban Canadians receive compared with those who live in rural and remote regions. (From report of the Broadcasting and Telecommunications Legislative Review Panel)

And market forces aren’t enough to ensure the gap is closed.

“Enshrining the objective of universal high-speed access within the Telecommunications Act is necessary. This signals the importance of allowing Canadians to fully participate in society and the digital economy,” the panel said.

The panel’s report contained no information specific to the Arctic, Inuit Nunangat, or the northern territories.

But its report did say that only 35 per cent of First Nations households have access to broadband services that meet the CRTC’s minimum standard.

As for Indigenous organizations, the panel recommends that the CRTC talk to Indigenous peoples about how broadband can be expanded in Indigenous communities, as well as Indigenous ownership of broadband networks.

The federal government ordered the creation of the Broadcasting and Telecommunications Legislative Review Panel in 2018.

Its job was to provide the government with advice on how to modernize three pieces of federal legislation: the Broadcasting Act, the Telecommunications Act and the Radiocommunication Act.

Some of its other recommendations include the following:

• CBC/Radio-Canada should get rid of all advertising on all its platforms within five years, starting with advertising on news programs, in exchange for a new mandate and guaranteed long-term funding.

• The government should ensure sufficient funding for Indigenous content, conceived by and for Indigenous people, recognizing the leadership of the Aboriginal Peoples Television Network.

• Online streaming services should contribute to the funding of Canadian content and GST/HST should be applied to foreign companies like Netflix.

• The name of the CRTC should be changed to the Canadian Communications Commission.

The full report is available here.