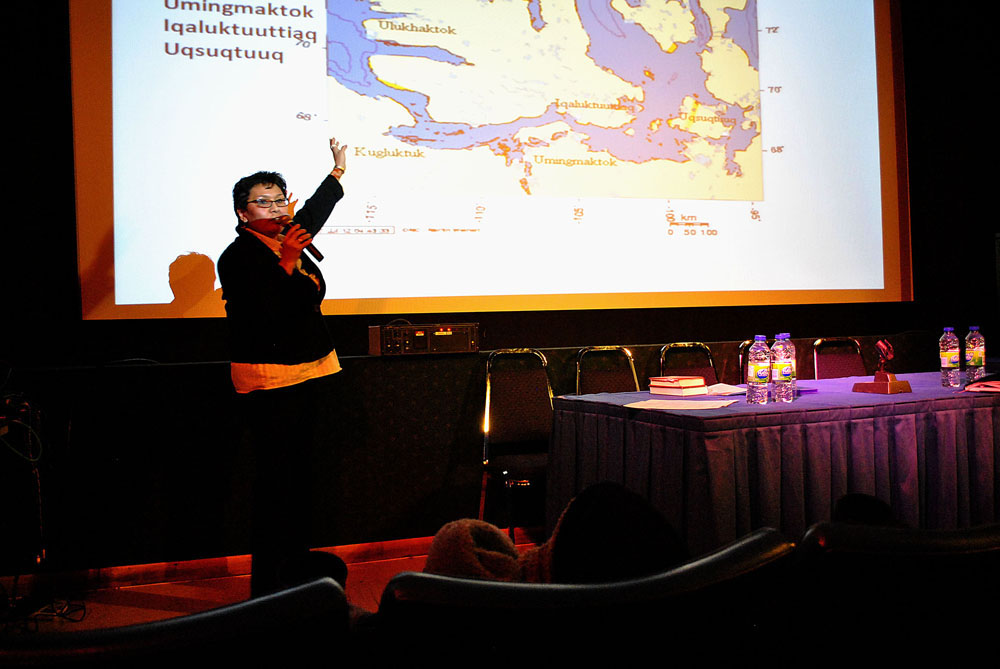 Edna Elias in 2011, talking about the language and culture of her home region in western Nunavut at a language conference in Iqaluit. (Photo by Jim Bell)

Edna Agnes Ekhivalak Elias, a lifelong social activist, educator and Inuit-language advocate who served as Nunavut commissioner from 2010 until 2015, will become a member of the Order of Canada, the Governor General’s office announced on June 27.

She’s being honoured for her contributions to preserving Nunavut’s linguistic and cultural heritage, and for her political leadership, the Governor General’s office said in a release.

She will receive the honour at a ceremony at Rideau Hall on a date to be announced later this year. 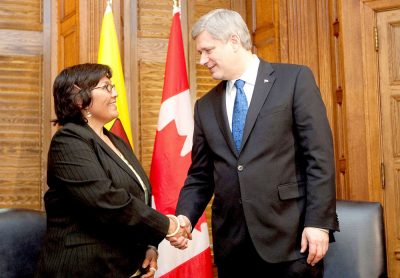 Edna Elias, then the Commissioner of Nunavut, meets Stephen Harper, then the prime minister, at Harper’s Parliament Hill office in 2010. (File photo)

At 28, Elias became the first Inuk woman to serve as mayor of Coppermine, as Kugluktuk was then called.

She was also active on the Northwest Territories Literacy Council and served as the literacy council’s first president.

In the 1990s, she served as a school principal in Kugluktuk and worked in Cambridge Bay as an executive assistant at Nunavut Tunngavik Inc. 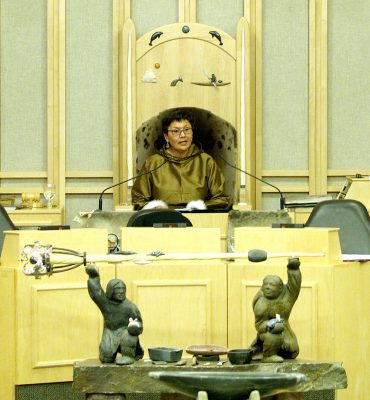 She also worked as a supervisor of family and community support services in High Level, Alta., worked in child and community development in the Northwest Territories, and founded the Edmonton Inuit Cultural Society.

In 2011, she helped organize a 220-kilometre walk with five other women from Bay Chimo to Cambridge Bay across Coronation Gulf.

Called “Women in Action—Steps of Hope,” the walk raised $76,400 for the Alberta Cancer Foundation.

Elias was involved in a similar walk in 2014 from Whale Cove to Rankin Inlet, and another trek in 2015 between Hall Beach and Igloolik.

In 2009, she was appointed to Inuit Uqausinnginnik Taiguusiliuqtiit, the Inuit Language Authority, and she worked as an Inuinnaqtun interpreter and translator at the Nunavut legislature.

In May 2010, Elias became Nunavut’s fourth commissioner, serving in that position until May 2015.