“The proposed actions lack substance, commitment, collaboration and a sense of urgency” 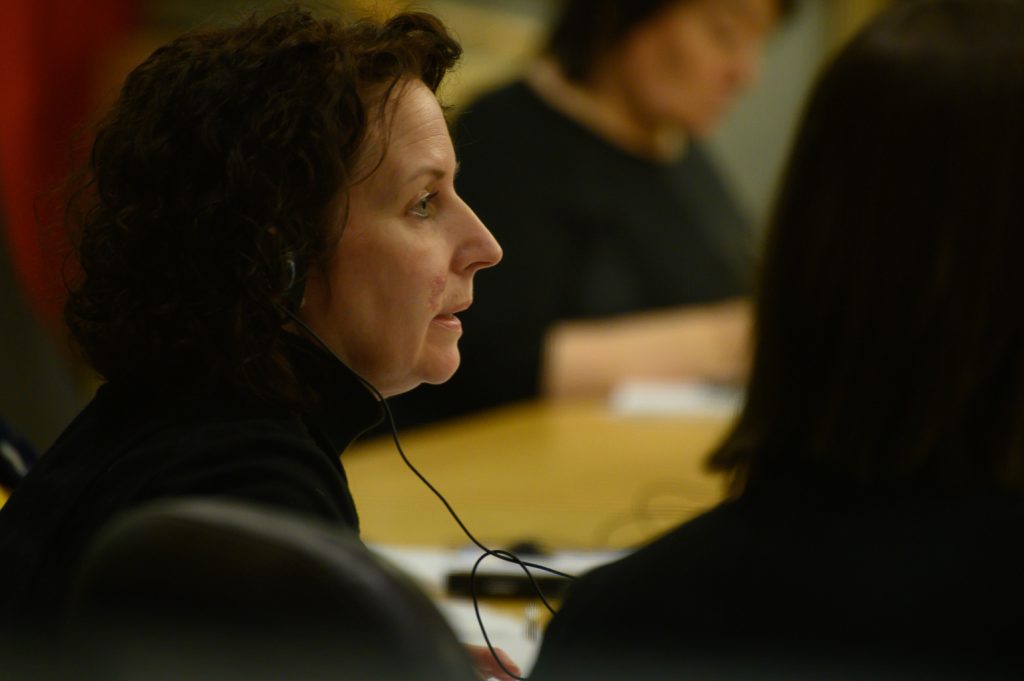 Jane Bates, Nunavut’s representative for children and youth, answers questions from members of the standing committee on legislation during a hearing last November. (File photo)

Nunavut’s Representative for Children and Youth’s Office is calling the Government of Nunavut’s proposed actions to address the mental health needs of young Nunavummiut “entirely unacceptable.”

The office, which reports to the legislature and is independent of the government, has a mandate to ensure that the Government of Nunavut supports and protects the rights and best interests of young Nunavummiut.

In May 2019, the office released a report titled “Our Minds Matter,” which offered a systemic review of the mental health services available to young people in the territory.

The office surveyed 475 individuals from across Nunavut, including 225 youth, to develop the report.

The report’s 15 recommendations include calls for the government to provide universal mental health programming in schools, college programs to build the capacity of Nunavut’s mental health workforce, and cultural competency training for mental health service providers.

It also calls for a facility in the territory that offers residential mental health treatment for children and youth, which currently does not exist in Nunavut.

The government and each department involved were asked to provide responses, including the steps they proposed to take to implement the recommendations, by Sept. 30, 2019.

A final response from the government was not received until nearly five months later.

“My office has exercised patience and persistence when departments did not respond to requests for feedback, missed numerous deadlines to provide responses,” said Jane Bates, the representative for children and youth, in a news release.

Bates said that in addition to missing deadlines, government responses provided inadequate and often changing information on the steps that departments were taking to implement the recommendations.

Upon reviewing the final government response, which was received on Feb. 28, 2020, the Representative for Children and Youth Office found that of the 15 recommendations made, the government agreed with six, partially agreed with five and disagreed with one.

For Bates’ office, the government’s response to three of the recommendations isn’t clear.

“I have given the departments’ responses consideration and find that the proposed actions lack substance, commitment, collaboration, and a sense of urgency that the mental health of young Nunavummiut deserve,” said Bates.

Of the recommendations, two were made to the Government of Nunavut as a whole, one to the Department of Community and Government Services and one to Nunavut Arctic College.

In a statement to Nunatsiaq News, the Government of Nunavut defended its response to the report, saying that “since the report came out, GN departments have been in regular contact with the RCY and have provided detailed information on the ongoing work to address the report’s recommendations. The GN has balanced competing, urgent priorities over the past several months, and while there have been some delays in responding to the report and in subsequent communication with the RCY, we remain committed to finding solutions together.”

The full list of recommendations, along with their status, the government response and the commitments made, can be viewed below.