‘It’s not just for today, it’s for tomorrow’ 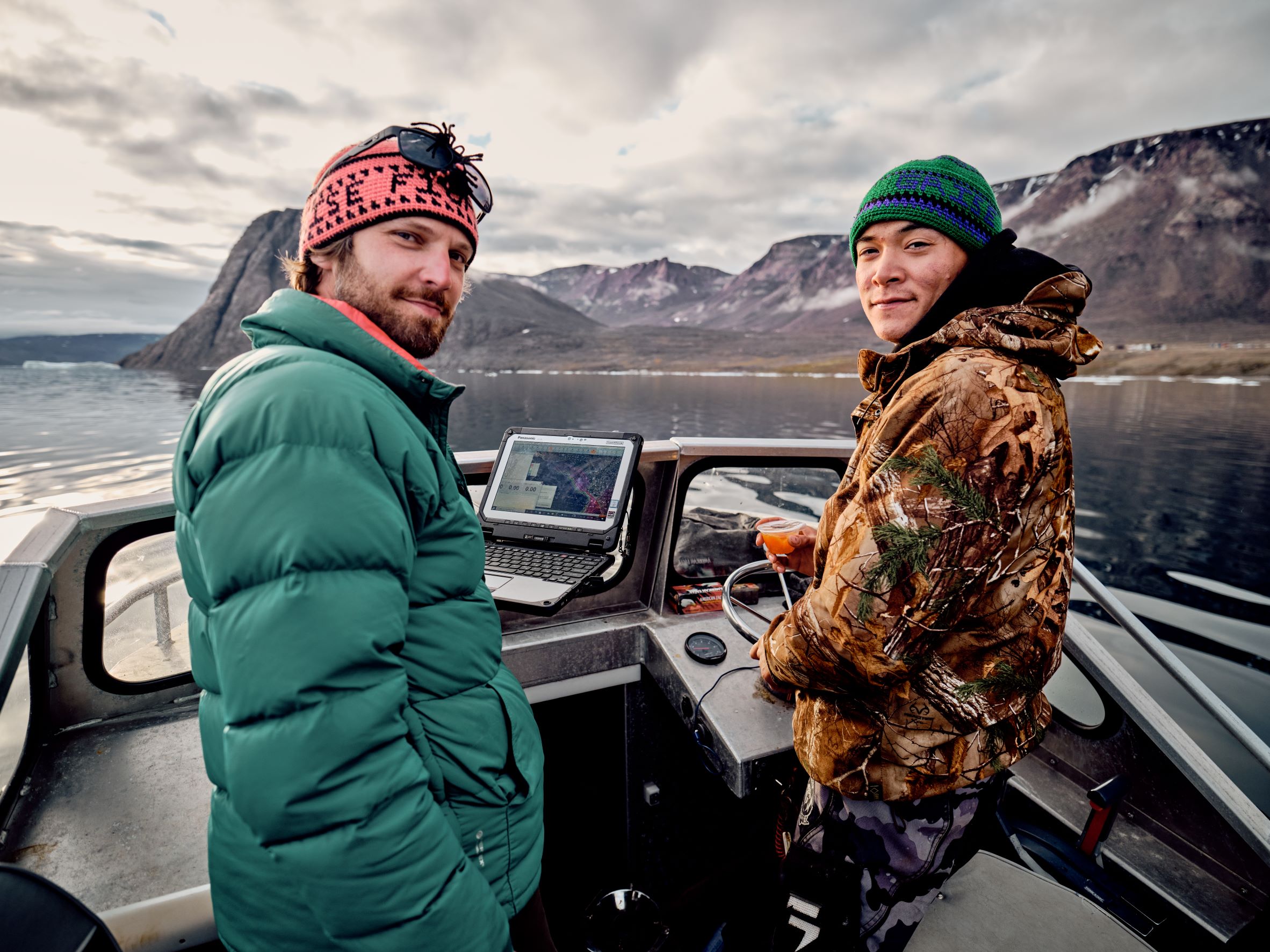 David Didier (left) and Terry Noah on the water near Grise Fiord. Didier, a coastal geography professor from the University of Rimouski, was in Grise Fiord from late July to early September to work with the community on researching coastal erosion. (Photo courtesy of David Didier)

The coast along Grise Fiord is eroding, causing stormy waters to encroach upon the community, and one local leader is working with a southern researcher to adapt to these changes.

Amon Akeeagok, chairperson of Grise Fiord’s hunters and trappers association, says climate change has caused the coastline to erode noticeably over the past 20 years.

The community sits right along the Arctic Ocean, and bad weather will bring water high enough to reach its homes and roads, which stand only 30 metres from the shoreline.

Multi-year ice usually “calms [the waves] down before they reach the beach area,” Akeeagok said, but that ice is melting, contributing to higher, choppier waters, which can bring waves up to three metres high.

The beach is now steeper too. This poses a problem for hunters, who need two or three trucks to pull their boats up from the shoreline in the summer.

That’s why the hunters and trappers association is hoping a new partnership with David Didier, a coastal geography professor from the University of Rimouski in Quebec, will provide insight about how to live with these changes.

Didier has studied coastal erosion in Arctic communities such as Cambridge Bay and Kugluktuk.

They’re working together on a project that combines Inuit traditional knowledge with scientific research to create 3D maps of coastal erosion hotspots, measure glacier sediment, monitor sea movement and study the impact storms have on permafrost.

The partnership began around early 2020, with the hunters and trappers association and Didier’s research team in Rimouski establishing what areas of the community need to be studied, Didier said.

Then from July 25 to Sept. 9, Didier, three graduate students, a postdoctoral researcher and field technician went to Grise Fiord.

Didier and his team carried out 3D mapping of coastal erosion hotspots and took 24-hour videos of sea movement, after community residents decided where that mapping and recording should take place.

If Didier and his team needed to reach a remote spot on the land or water, people from Grise Fiord with vehicles or boats would help guide them.

Hazard maps and flood modelling will rely on the collective memories of the community, Didier said.

Community members are also continuing the research now that Didier is back in Rimouski, with residents like Terry Noah continuing to do surveying and sampling.

“We are really like a big team,” Didier said.

Initial results of this collaborative coastal erosion research should be available by the end of next summer, Didier said.

That information will help Grise Fiord decide on how to best adapt to climate change, Akeeagok said. The community may need to create a barrier to block the waves or move houses further inland – and finding money for this work will be another challenge, he said.

“We’re just hoping something can be done about it,” Akeeagok said.

“It’s not just for today, it’s for tomorrow.”