Research based on fossils collected from Ellesmere Island in 1970s 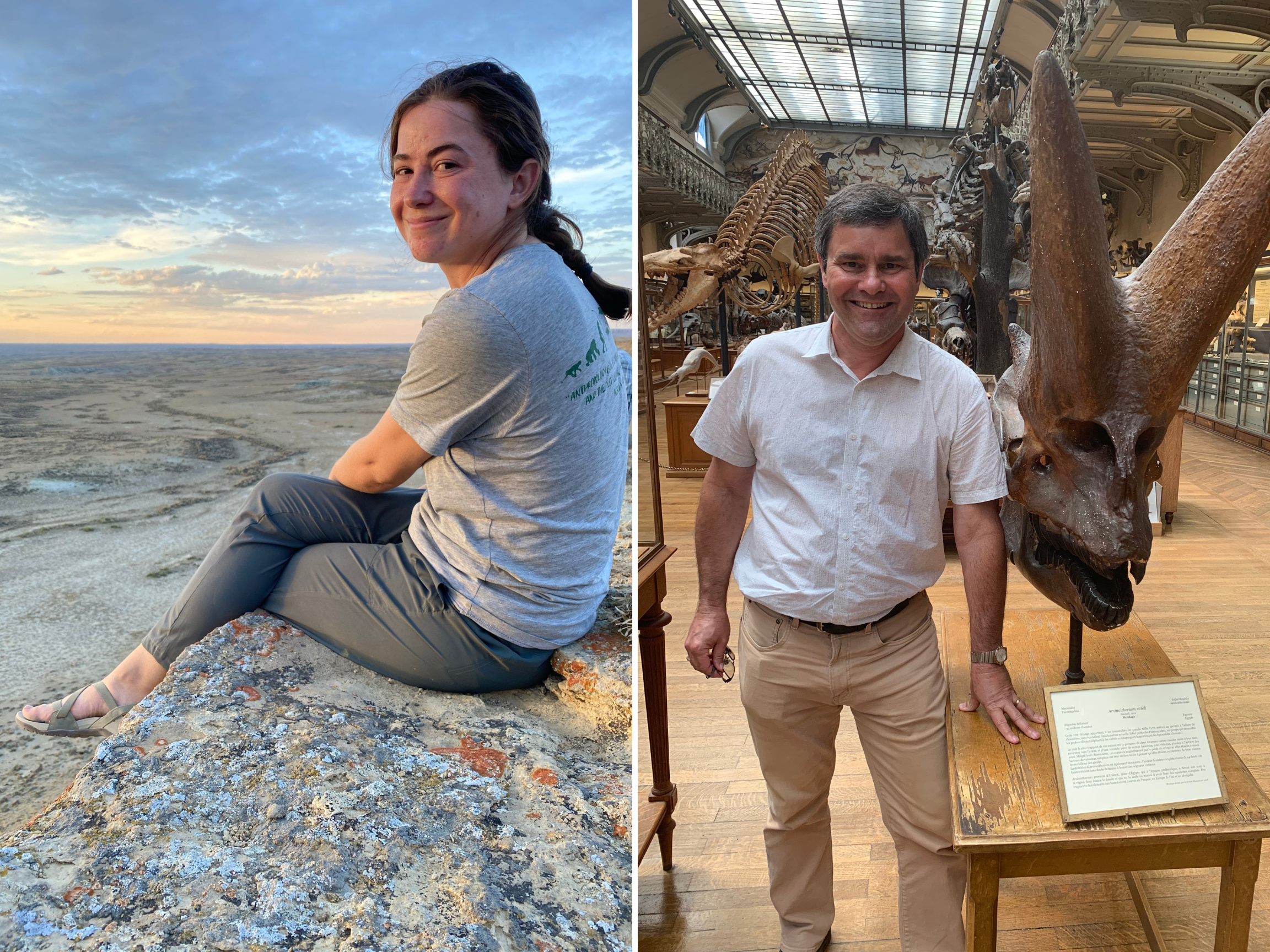 University of Kansas PhD student Kristen Miller, left, and paleontologist Chris Beard studied fossils including fragments of jaws and teeth collected near Ellesmere Island in the 1970s. The two relatives of primates they identified through this seem to have adapted to the Arctic environment physically and through their diets. (Photos courtesy of Kristen Miller and Chris Beard)

Fossils collected from Ellesmere Island 50 years ago are now providing the first evidence that relatives of primates once lived in the High Arctic.

In the 1970s, Mary Dawson, a former curator at the Carnegie Museum of Natural History in Pittsburgh, Pa., travelled to Ellesmere Island in search of fossils.

The fossils she found sat in the Carnegie museum’s collection gathering dust until 2019, when a University of Kansas paleontologist suggested one of his students, Kristen Miller, study the fossils as part of her research for her master’s degree.

It took her two years to complete her degree and another year of research and writing but Miller, now a PhD candidate at University of Kansas, is seeing her research published in the PLOS ONE open-access journal Wednesday.

The fossils include fragments of animal jaws and teeth Miller and University of Kansas paleontologist Chris Beard say come from a group of mammals that includes monkeys, apes and lemurs. 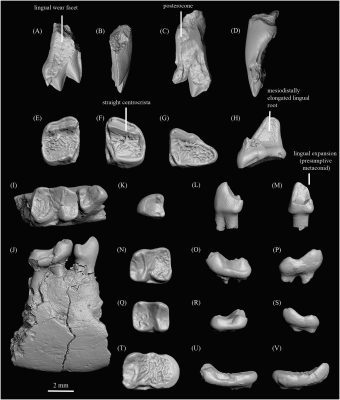 Specimen images of Ignacius dawsonae, one of two primate relatives found to have lived in the Arctic by Kristen Miller and Chris Beard in their research. (Image courtesy of Kristen Miller, Biodiversity Institute, University of Kansas)

The researchers were able to identify two new species as close relatives of early primates: Ignacius dawsonae and Ignacius mckennai.

She said the key to answering these questions comes from considering what the climate in the High Arctic would have looked like during the Eocene Epoch, between 33 and 56 million years ago.

“It would have been much warmer, with no polar ice caps even during the winter,” Miller said.

She said the discovery is important because primates have so far been largely found in parts of the world with warmer climates — tropical areas from Asia, Africa and South America.

Some species have been found to have lived closer to middle or temperate latitudes in places such as Colorado, Wyoming and New Mexico in the United States.

Miller said a lack of winter food supply and limited daylight were previously considered important reasons that primates were not found in the polar regions.

As well, it was thought there would be no reason for primates to migrate north.

“They were doing so well at mid-latitudes,” Miller said.

The fossils show evidence that Ignacius dawsonae and Ignacius mckennai adapted to their unusual environment both physically and through their diets.

Both creatures were relatively large, for example, which is a common trait in northern mammals.

Their diet also consisted of hard food items, which may have been their way of adapting during Arctic winters when softer meals would have been more difficult to access, said Miller.

She calls her research a “snapshot” of the Arctic from 52 million years ago that furthers our understanding of how diverse prehistoric wildlife was in the region.

The discovery could also help researchers predict how contemporary climate change might affect life on the planet. 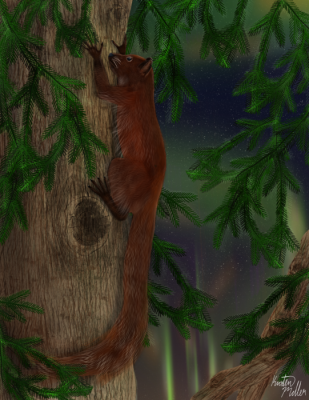 A reconstruction of the Ignacius dawsonae surviving six months of winter darkness in the extinct warm temperate ecosystem of Ellesmere Island during the Eocene Epoch 52 million years ago. (Image courtesy of Kristen Miller, Biodiversity Institute, University of Kansas, CC-BY 4.0)

“What we think will happen is that we will see an influx of northward migration as the temperature warms, but not [all wildlife] will be able to adapt to [Northern] conditions,” Miller said.

“Even though it’s warming, we’ve still got the polar light regime [six months of darkness and six months of light] wildlife has to overcome, as well as food shortages.”

Building a better understanding of who inhabited the High Arctic before the tropical Eocene Epoch and after could also shed light on how life on Earth could adapt to climate change.

“It would be very interesting to see who was there beforehand and who made it through and was able to survive during the changing conditions,” Miller said.

Correction: This article has been updated from an earlier version to report that researchers identified relatives of primates they believe lived in the High Arctic 52 million years ago.