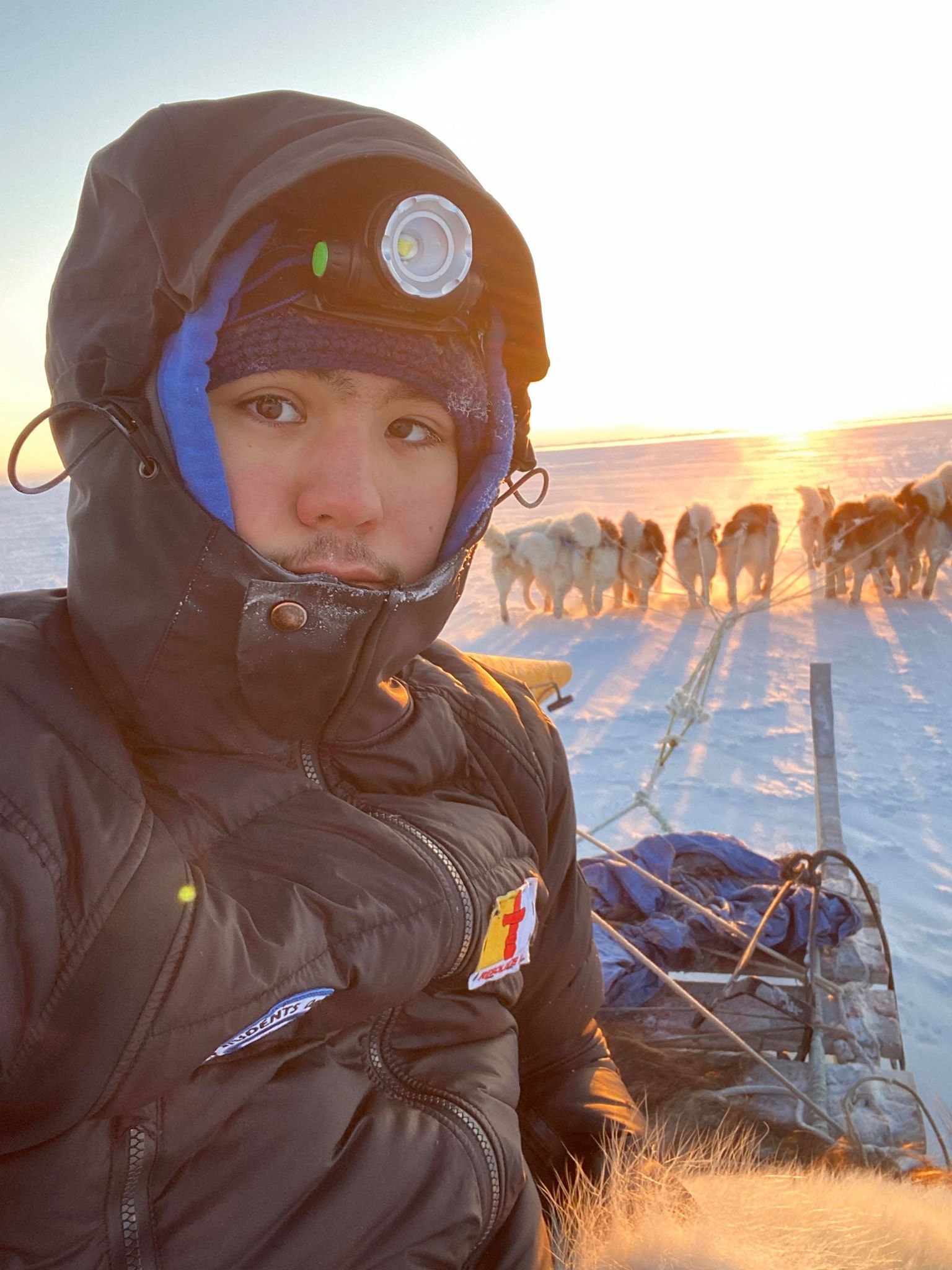 “I realized this is what I want to do. And I just kept doing it.”

RESOLUTE BAY—A blizzard is about to hit Resolute Bay, and 19-year-old Devon Manik has just returned from a successful caribou hunt.

“We got six in total,” Manik told Nunatsiaq News. “It was a 10-hour drive coming back because it was stormy.”

Manik, who grew up in Resolute, and his team of 12 sled dogs are well known in the High Arctic community of about 200 people. Tourists and other visitors to the community are often introduced to Manik by local hotel staff as the go-to guy for dogsledding.

After graduating from high school last year, Manik said he decided to focus his attention on a sled dog expedition and touring business, which he hopes to one day call Maniq Outfitting.

As a hub for cruise ships in the summer and the home of both the seasonally operated research station known as the Polar Continental Shelf Program and a Canadian Armed Forces training centre, Resolute Bay sees visitors year-round.

“I’m just trying to find my way, becoming a young adult. I’m trying to start a little business, make money with my dogs. That’s really difficult. All the paperwork and stuff. It’s taking so long, but it’s getting there,” Manik said.

For Manik, Resolute Bay is not only his home, but also a place that he wants to explore and share with others.

“I have unexplored land all around me. A lot of people came up here to explore it and see because it’s so different. I just got to realize that and I can do my own trips, expeditions, things like that,” Manik said.

“I really love dogsledding and just being out there on the ice, the land. I love it very much. I just like seeing their reaction and I like telling them all the little things I love about Resolute. Like the history of the town, where the town was, where it moved, where we hunt seals and polar bears.”

In the 1950s, the RCMP, acting on behalf of the federal government, forcibly relocated Inuit from Inukjuak in Nunavik and Pond Inlet in Nunavut to settle two locations in the High Arctic to help establish sovereignty. Those locations are known today as Resolute Bay and Grise Fiord.

Building up a robust team of dogs takes time, as Manik knows well. 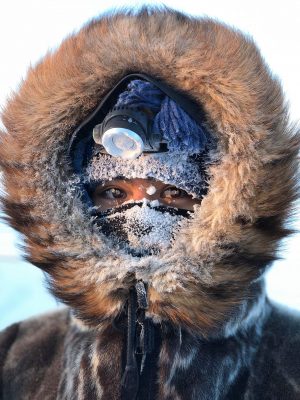 Devon Manik out on the land in Resolute Bay. (Photo courtesy of Devon Manik)

It started when he was 16 years old with his dog Axel, a German shepherd. Manik would put a harness on Axel and two other dogs and see how far he could get.

“I realized this is what I want to do. And I just kept doing it.”

From there, Manik bought two more dogs from a local sport-hunting guide and was given a Greenland sled dog by a family member.

“The Greenland dog, she never gets tired. She always gets loose. She was down in Iqaluit and she got loose like four times,” Manik said.

Three years and 12 dogs later, Manik is looking to add even more to his team.

Until recently, Manik had been gearing up to head to the Arctic Winter Games in Whitehorse to compete in dog mushing. The Yukon government announced earlier this month that the games were cancelled to prevent the spread of COVID-19. It would have been Manik’s first games.

“I was really bummed out,” he said of learning about the cancellation.

“Ever since I was a kid, I wanted to go to the Arctic Winter Games. I used to play hockey here, like just on my own, and I dreamed of being on a hockey team. When I found out they wanted dogsled racers, I signed up,” he said.

In his preparations for the games, Manik flew his dogs down to Iqaluit. Now that the games are cancelled, Manik is still trying to get them back.

“I want them up as soon as possible before anything gets stopped,” Manik said, referring to flight restrictions in the territory during the COVID-19 pandemic.

“I’m going to get my dogs back up here and then get a bear tag and then go hunting. I can’t wait.”

Manik laughs as he remembers an incident recently where he didn’t quite make it onto his sled and his dogs kept running, not realizing he was no longer behind them.

“I couldn’t catch the sled in time so they took off and they didn’t realize I wasn’t on, but they eventually looked back and stopped. I waved at them and they came back,” he said.

And with Resolute’s high polar bear population, Manik appreciates the company during long days hunting out on the land.

“I feel more safe with the dogs. When I’m out with the snowmobile, I’m alone, alone. But when I’m with the dogs I don’t feel alone.”