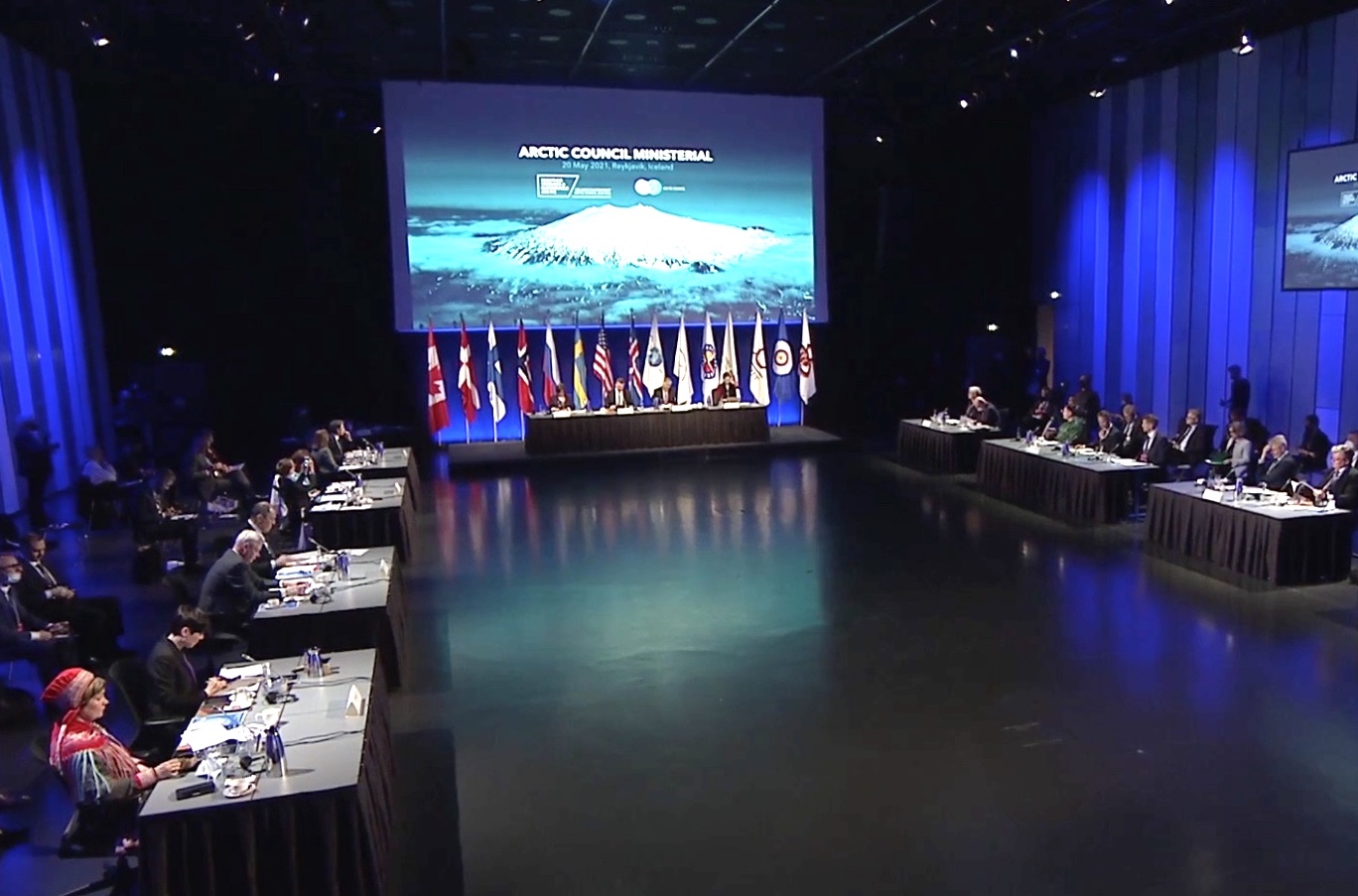 Representatives from the world’s circumpolar nations reaffirmed their “commitment to maintain peace, stability and constructive cooperation in the Arctic” during the Arctic Council’s biennial ministerial meeting Thursday in Iceland.

But differing views on precisely how this can take place surfaced during the ministerial meeting at the Harpa meeting hall in Reykjavik, with Russia making a suggestion to revitalize annual meetings among top military staffs of the eight member nations.

Over its 25-year history, the members of the consensus-based forum — Canada, the U.S., Russia, Iceland, Denmark-Greenland, Norway, Sweden and Finland — have focused on environmental and societal issues, steering away from national security matters.

However, during Thursday’s meeting — a mainly virtual event due to COVID-19 — Russia’s foreign minister Sergei Lavrov called for his fellow Arctic Council members to support the resumption of the annual meetings of military leaders that had stopped in 2014.

At the meeting, Russia assumed the two-year chair of the Arctic Council.

Speaking at a news conference afterward, Lavrov complained about increasing military activity in the Arctic, and said, “the West has decided to undermine a number of mechanisms we had in place.”

“We are not suggesting anything new,” Lavrov said about his country’s proposal to resume the annual military meeting, “but to go back to this practice.”

Its activities could prove useful in improving communication on a military level in disaster response and search-and-rescue operations, he said. 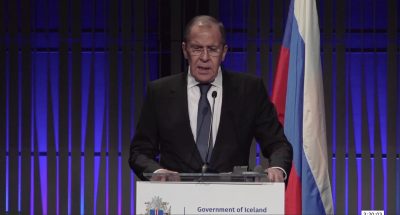 But the Inuit Circumpolar Council, one of the council’s Indigenous six permanent participants, was clear that it wants to keep defense issues out of the Arctic.

Jimmy Stotts, Alaska’s ICC president, said the ICC is concerned over the level of “recent angry and provocative rhetoric from some of the Arctic states,” said in his address to the forum.

“The ICC has always supported the idea of the Arctic as a peaceful region. We do not want to see our homeland turned into a region of competition and conflict,” Stotts said. “We don’t wish to see our world overrun with other peoples’ problems.”

Stotts also said the Arctic Council needs to listen more to the ICC and its other Indigenous Permanent Participants: the Aleut International Association, Arctic Athabaskan Council, the Gwich’in Council International, the Russian Association of Indigenous Peoples of the North and the Saami Council.

“Participation is one thing, having influence is another. What good is participation if no one listens and our concerns are not being paid the attention we think they should be. The current situation within the Arctic Council has become a concern for us,” Stotts said.

But Marc Garneau, Canada’s foreign minister, said in his speech that, “we want to make sure that Indigenous voices are heard loud and clear.” 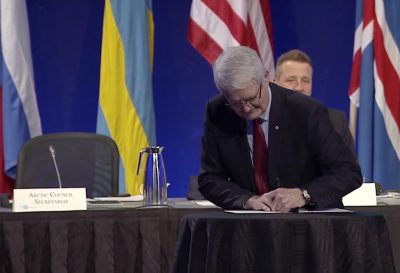 Garneau also announced the establishment of a permanent secretariat for the Arctic Council’s sustainable working group, which will be hosted in Quebec City by the l’Institut nordique du Quebec at Laval University.

Garneau and the other ministers also received roughly 80 updates from the Arctic Council’s various groups, which focus on sustainable development, Arctic flora and fauna, contaminants, the marine environment and short-lived climate forcers such as soot.

As soon as the ministerial meeting wrapped up, the Clean Arctic Alliance, an international coalition of 22 non-profit organisations, criticized the Reykjavik Declaration for omitting recognition of the impact of heavy fuel oil use and the soot it produces on the Arctic climate.

“I wouldn’t assume that if it’s not in the declaration that it isn’t being paid attention to,” Garneau told Nunatsiaq News from Reykjavik after the ministerial ended.

Garneau said Russia’s strategic vision for its period as chair aligns with “everything we did before.”

The various documents from the Arctic Council, including its new strategic plan, can be found on its website.