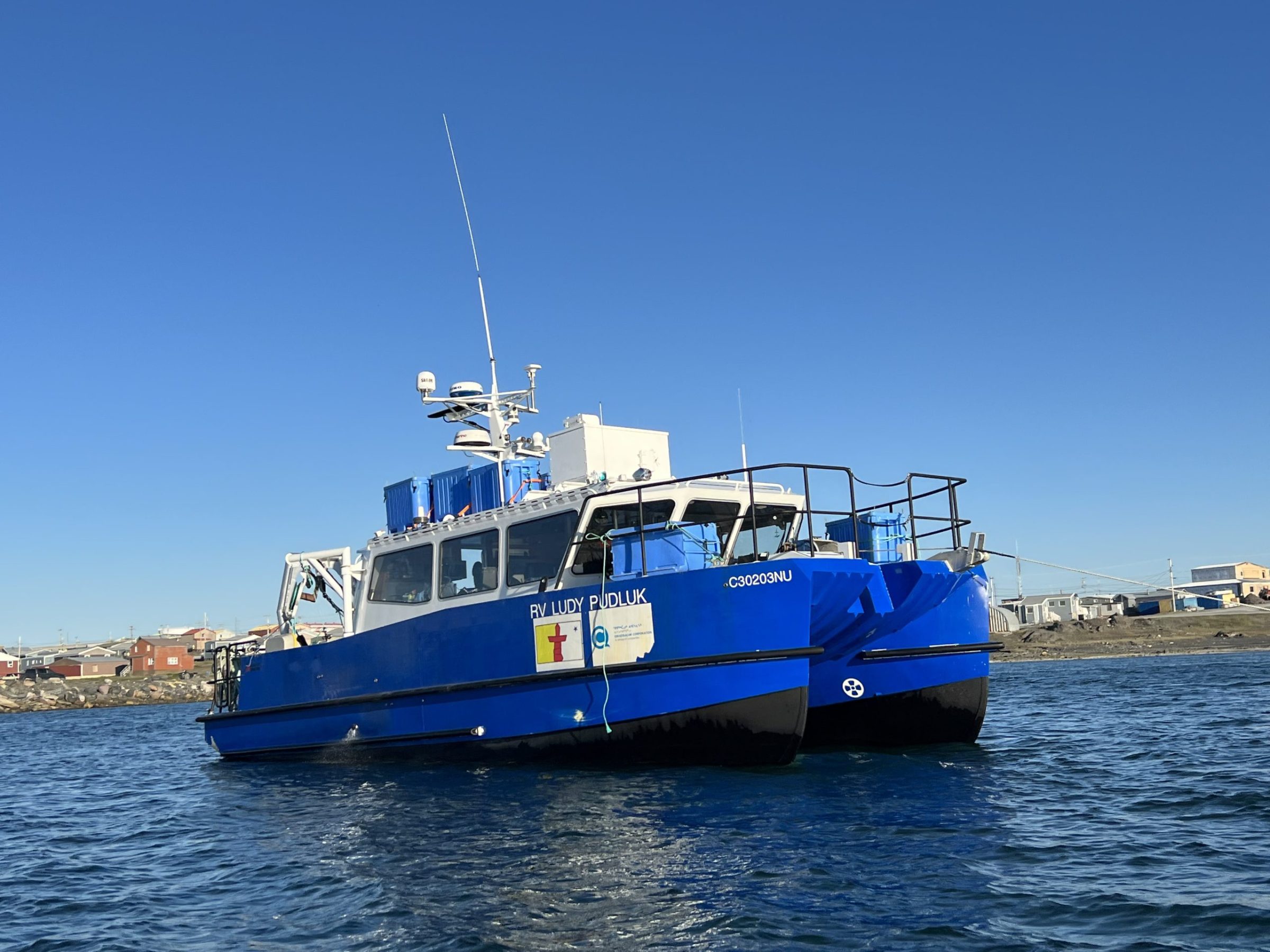 The RV Ludy Pudluk returns to Nunavut waters to do more research on inshore fisheries. The goal is to give Inuit communities the equipment and training necessary to have their own fisheries approved by the federal government. (Photo courtesy of Qikiqtaaluk Corporation)

The RV Ludy Pudluk is back in Nunavut waters for its second year of inshore fishing research.

After spending last year in Sanikiluaq and Kinngait, the $2.6-million research vessel has returned to Sanikiluaq to continue investigating what food species are at the bottom of the ocean in that area, says Qikiqtaaluk Corporation director of fisheries Jerry Ward.

The initial plan was to go to Sanirajak and Igloolik, but ice conditions made it difficult to sail that far up initially, so the crew returned to Sanikiluaq to build on last year’s work.

The plan is still to go up to Sanirajak and Igloolik later this year when ice conditions improve, Ward said.

The research team’s long-term goal is to travel to various Nunavut communities, do research and give locals the equipment and training necessary for them to develop their own fisheries for subsistence or commercial use.

One of the researchers on the boat this year is Jesslene Jawanda, the project officer at Qikiqtaaluk Corporation’s fisheries division. She said the fish species they are looking for include shellfish, scallops, sea urchins, clams and sea cucumber.

The research is done with help from local communities and their hunters and trappers associations. They provide traditional knowledge of the area, while the Ludy Pudluk crew provides scientific equipment and training to use it.

Communities see various types of underwater species, such as sea urchins, inside the bellies of the walrus and whales they hunt, but with the Ludy Pudluk’s help, the communities are now getting the equipment needed to catch the bottom dwelling creatures.

That teamwork has been exciting, Jawanda said, describing how the crew has been able to show underwater footage of nearby ocean to people in communities like Sanikiluaq.

“It’s really amazing to be able to show them what it looks like with our high cameras, seeing the joy on their faces,” Jawanda said.

“It looks like something from the tropics … But it exists in cold water.”

The Ludy Pudluk will ultimately spend five years helping communities develop their own fisheries. In order for that to happen, each community would need to get a licence from the Department of Fisheries and Oceans.

To get that licence, research on the feasibility for a fishery needs to be done, which is what the Qikiqtaaluk Corporation is doing with the Ludy Pudluk.

Getting those fisheries would help create better food security for Nunavut communities, but the process to reach that goal will take time, Ward said.

“But we feel very comfortable we are headed in the right direction,” he said.