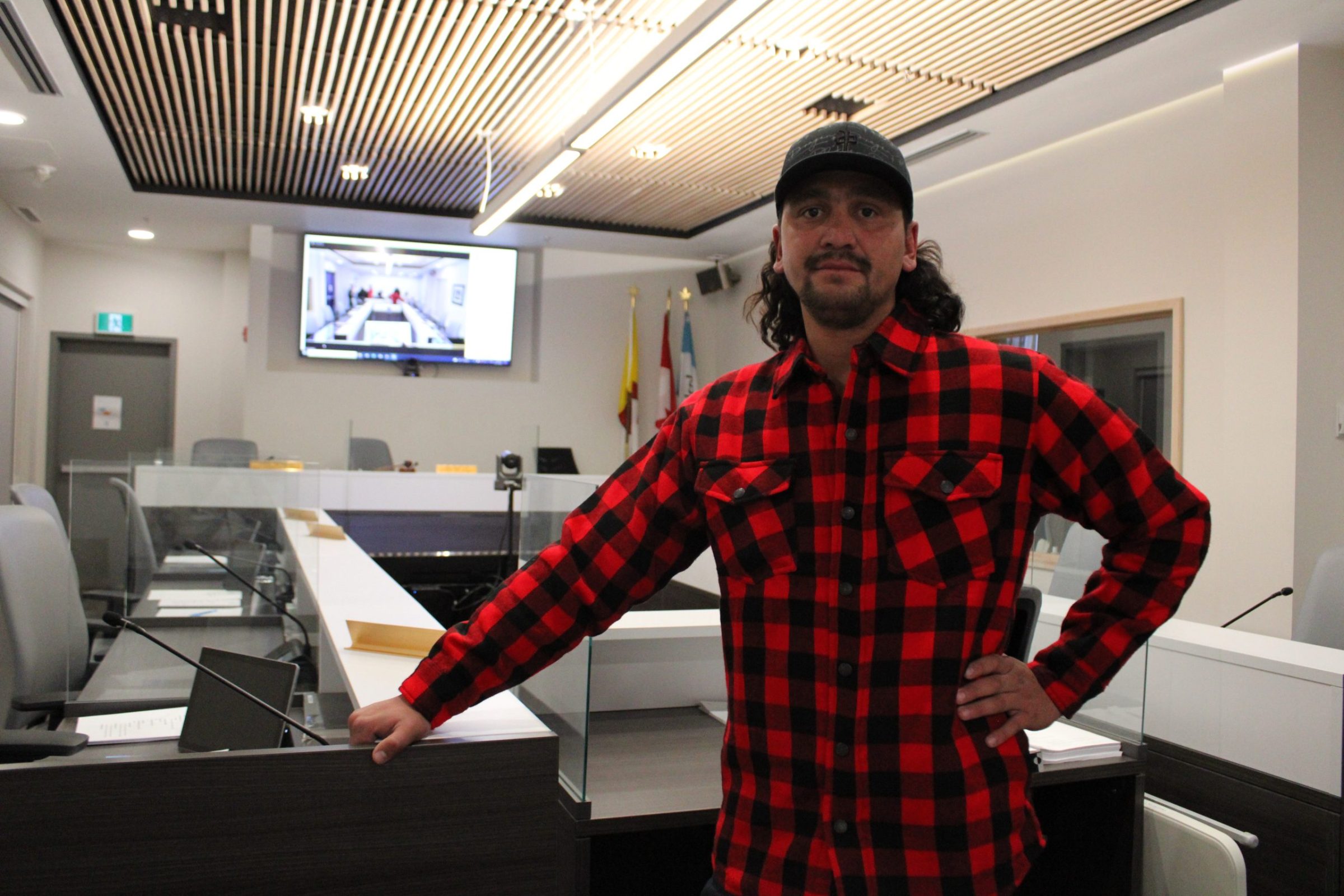 Sam Tilley is the latest Iqaluit resident to join city council after being appointed to the position Tuesday evening.

Tilley, who applied once before to a councillor call-out, replaces Joanasie Akumalik, who resigned in June after being charged with aggravated assault. Akumalik’s case is still before the courts.

“I feel good,” Tilley said in an interview. “I’m ready to get working for the next year.” 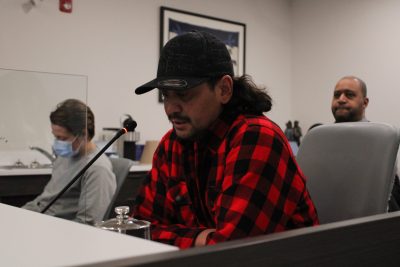 Sam Tilley tells city councillors why he should be appointed to council on Tuesday evening. (Photo by David Venn)

Half of council now is made up of appointed members, with the other half being elected in 2019.

Councillors Paul Quassa and Ookalik Curley were selected earlier this year to fill the chairs of Janet Pitsiulaaq Brewster and John Fawcett, both of whom resigned last year.

The others are Coun. Kim Smith, appointed in June after Sheila Flaherty resigned, and now Tilley for Akumalik.

They each had to tell council what they could bring to the table and what qualities make for a good councillor.

During his speech, Tilley said he is a good leader and team member, and will be available to Iqalummiut when they need him.

He spoke in Inuktitut as well, telling council he’s a hard worker and has lived in the city for two decades.

“It’s going to be a privilege, I know it is. I love this city,” Tilley said during his speech. “To the best of my abilities, I will represent this city with passion and integrity.”