“Creating a protected area for the Belcher Islands will have a big impact for our community, hunters and youth” 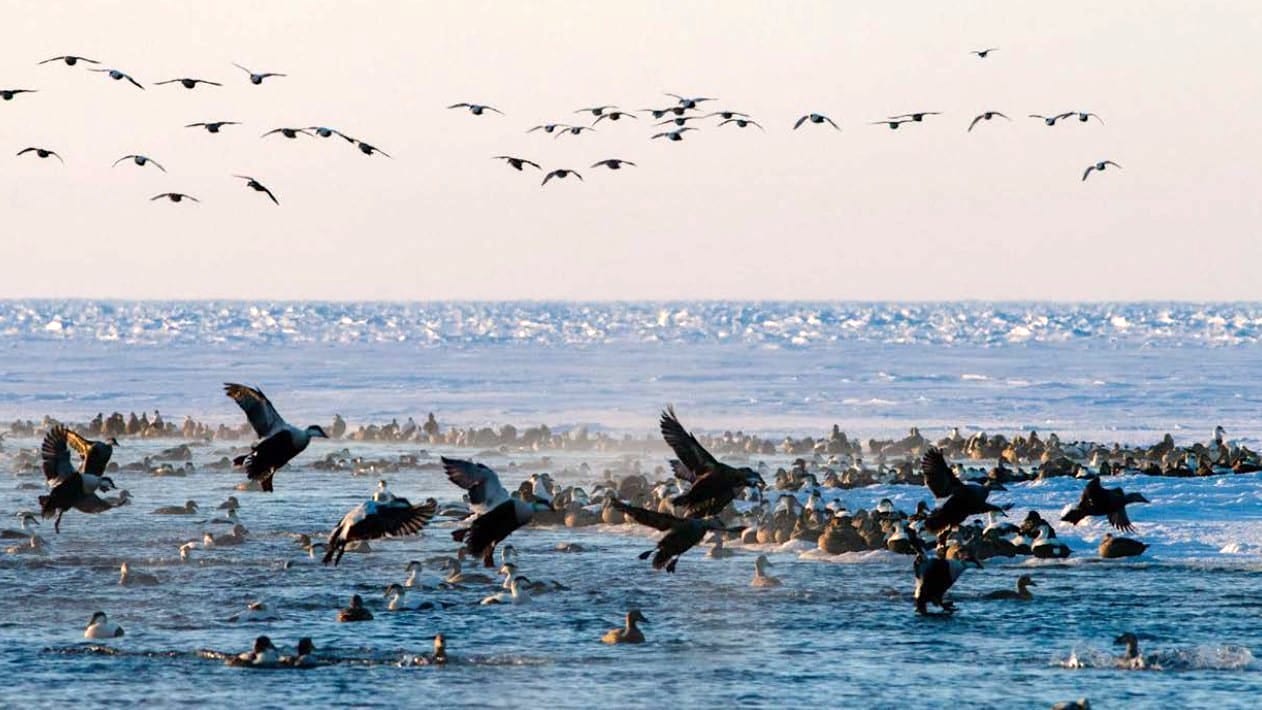 Plans to create a conservation area around Sanikiluaq have received a big boost from the federal Canadian Nature Challenge Fund, thanks to a $5.5 million contribution. (Photo courtesy of Joel Heath)

Sanikiluaq can look forward to a new research facility, a locally run monitoring program and the creation of a new national conservation area.

That’s thanks to $5.5 million that has been earmarked by the federal Canadian Nature Challenge Fund for the Hamlet of Sanikiluaq, the Sanikiluaq Hunters and Trappers Association and the Arctic Eider Society.

The money will support construction of a multi-purpose research facility on Sanikiluaq and set up a stewardship and monitoring program, called “Qikiqtait,” the Inuktitut name for the Belcher Islands.

A Sept. 3 news release from the Nature Challenge Fund said people in Sanikiluaq, with a population of about 900, will also contribute to Canada’s protected areas coverage.

They will do that by creating Qikiqtait, the proposed name for the future conservation area in and around the Belcher Islands.

The protected area would have an area of about three million hectares.

The Belcher Islands are an important migratory flyway for more than 53 species of birds, with 19 species that breed in the summer on the islands, and more that 20 species of shorebirds. Some birds, notably eiders, are known to winter in the polynyas near the islands.

Walrus, seals, whales and polar bears are among the marine species found in the leads, polynyas, and shorelines.

“We’ve been working on this for a long time and creating a protected area for the Belcher Islands will have a big impact for our community, hunters and youth,” said Lucassie Arragutainaq, the manager of the Sanikiluaq HTA, who received a 2017 Inuit recognition award from ArcticNet for his work on climate change and other environmental areas.

The plan is to establish an Inuit stewardship program like that in place for Tallurutiup Imanga in north Baffin.

For this national conservation area, Inuit from Arctic Bay work on monitoring sea ice conditions in the area, archiving information about cultural sites, transmitting knowledge to younger generations, and helping out with search and rescue operations.

Arragutainaq said the Qikiqtait project will take “a unique made-in-Sanikiluaq approach” to protecting the region.

“We’ll be working closely with QIA [Qikiqtani Inuit Association] and a whole-of-government approach to protect both the water and the land around our islands, “Arragutainaq said in the release.

Sanikiluaq has a long history of stewardship, which has continued since its 1997 project “Voices from the Bay.”

The Qikiqtait team leaders include Arragutainaq and Joel Heath, co-founder and executive director of the Arctic Eider Society.

The society produced the acclaimed film People of the Feather in 2012. The feature-length documentary about eider ducks features Sanikiluaq islanders speaking about the challenges they face adapting to diminishing sea ice near the Belcher Islands.

The team also has more than a dozen people from the community of Sanikiluaq, researchers, and members of the Arctic Eider Society staff.

The Canadian Nature Challenge Fund will provide roughly $1 billion for conservation projects until 2023.

What started with $500 million in federal government seed money has been doubled by contributions from philanthropic foundations, corporations, non-profits, provincial and territorial governments and other partners.