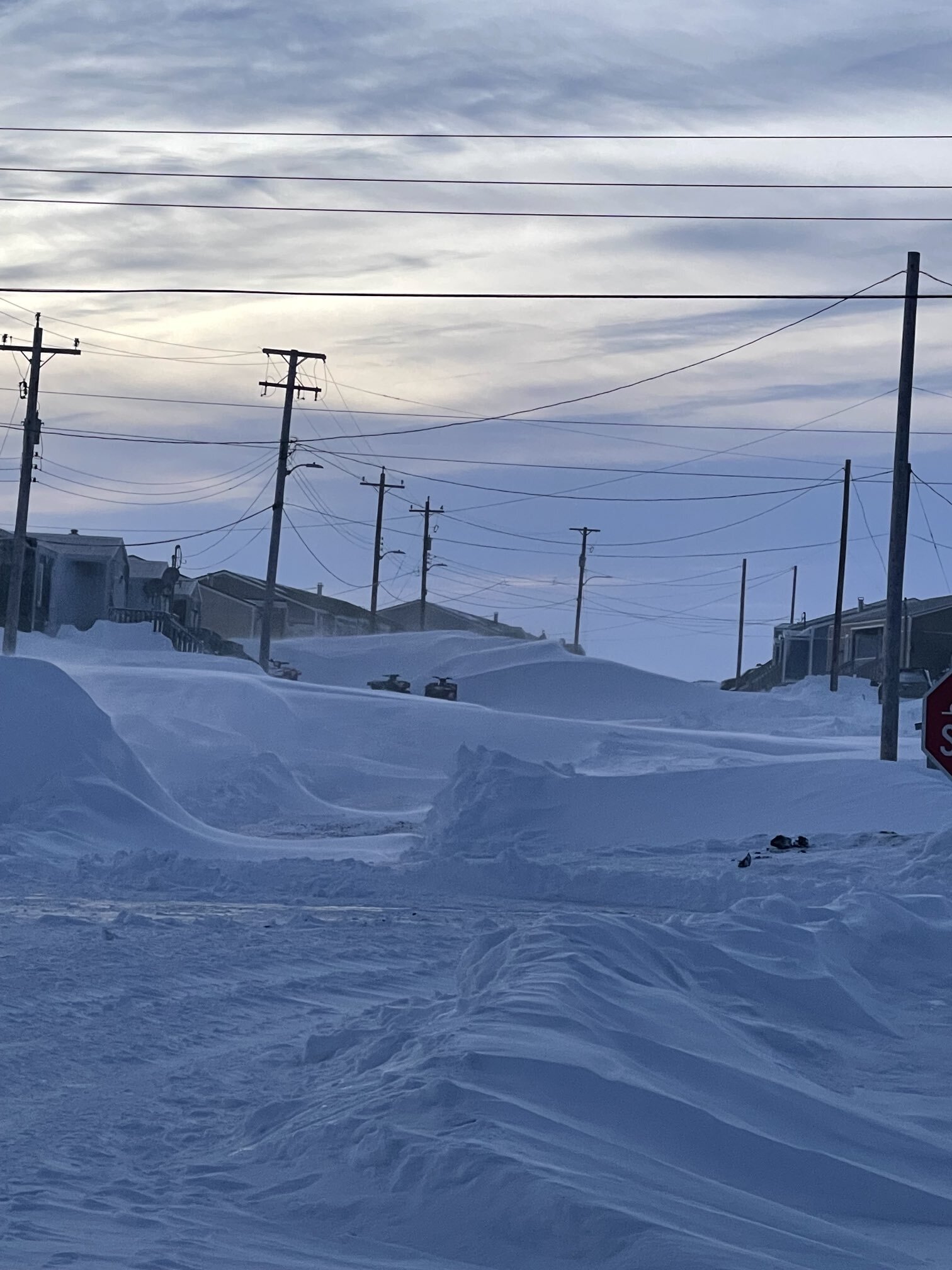 Much of Sanikiluaq was left without power for about 18 hours as a blizzard hit the community Monday night into Tuesday. (Photo courtesy of Allan Rumboldt)

More than half of Sanikiluaq was without power Monday evening into Tuesday, as the community was walloped by a blizzard.

According to the Qulliq Energy Corporation’s Twitter account, crews found a downed power line that required the company to fly workers into Sanikiluaq to help with repairs.

Acting Mayor Emily Kattuk said most of the hamlet had no power during the approximately 18-hour outage and the local radio station was offline as well.

Schools, the hamlet office and GN offices were also closed Tuesday, and some flights were cancelled.

According to social media posts, the local Northern store, which had power, opened its doors as a shelter for people who needed a warm place to stay.

Sanikiluaq was under a blizzard warning for much of Monday evening, according to Environment Canada. The community was forecast to receive winds gusting at 60 km/h and a low of -15 C, with a windchill of -28 C.