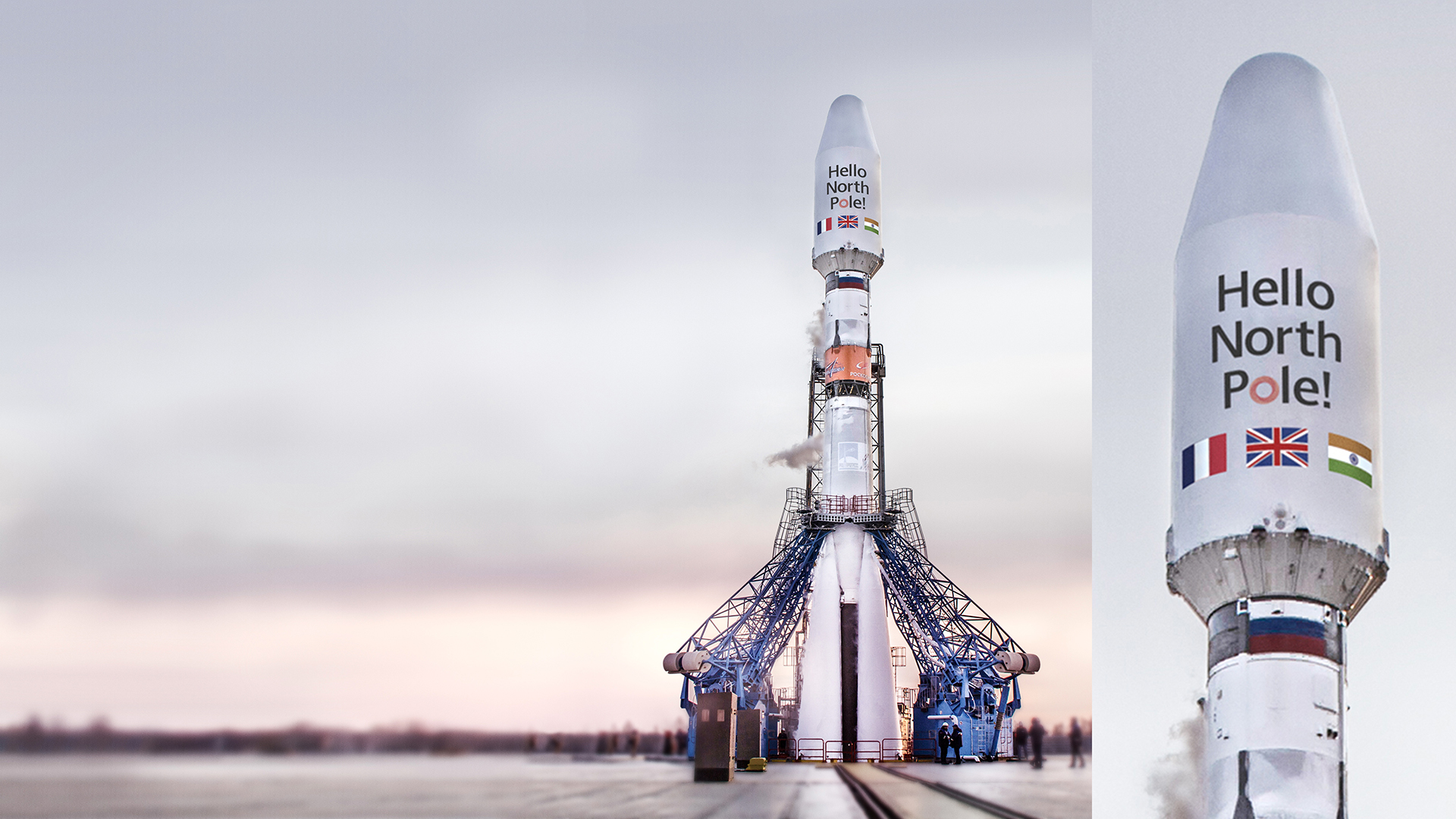 OneWeb’s upcoming launch will take place on July 1 at 8:48 a.m. eastern time from the Vostochny Cosmodrome in eastern Russia. (Image courtesy of OneWeb)

With the launch of a Soyuz rocket in eastern Russia on July 1, Nunavut residents may get access to faster, more reliable internet speeds by the end of the year.

OneWeb, a low-earth-orbit satellite communications company, plans to launch 36 satellites from the Vostochny Cosmodrome in eastern Russia. These satellites will join 216 others the company already has already in orbit, allowing for it to provide service to all regions north of 50 degrees latitude.

This area includes much the United Kingdom, Alaska, northern Europe, Greenland, and Canada, according to David van Dyke, OneWeb’s director of carrier and enterprise for Canada. Although he says providing service in Nunavut will give company its biggest advantage in the Canadian market.

While Van Dyke also isn’t able to say yet what the end-user pricing will be for the service, he did say that OneWeb has “a cost-effective pricing for internet, especially for the speeds that we’re offering.”

According to the Canadian Radio-television and Telecommunications Commission, the federal regulator, only 45.6 per cent of rural communities have access to fast broadband, which is considered to be a download speed of at least 50 mbps.

When OneWeb service comes to Nunavut, Van Dyke says that residents will be able to expect that.

Unlike its older counterparts, OneWeb will ditch large satellite dish receivers for technology more akin to 5g or LTE that  connect to low Earth orbit satellites through a SIM card, the same way a cell phone would connect to a tower.

He adds there are some advantages to having low-earth-orbit satellites compared to older technology when it comes to weather.

“There is still going to be some slowdown in anything if you have serious rain for a long time and cloud coverage,” said Van Dyke.

The push for satellite internet through companies such as OneWeb or Starlink comes as companies work towards connecting Nunavut to fibre-optic lines, which also promise faster internet speeds.

For Van Dyke, these are all different parts of a whole broadband ecosystem.

“In some areas, you may not need us because there’s fibre link there, or maybe you want us as a failover to your fibre link,” he said, “maybe in the interim we can deliver high-speed internet while these projects are ongoing.”

“We’re there to be a part of that overall solution.”