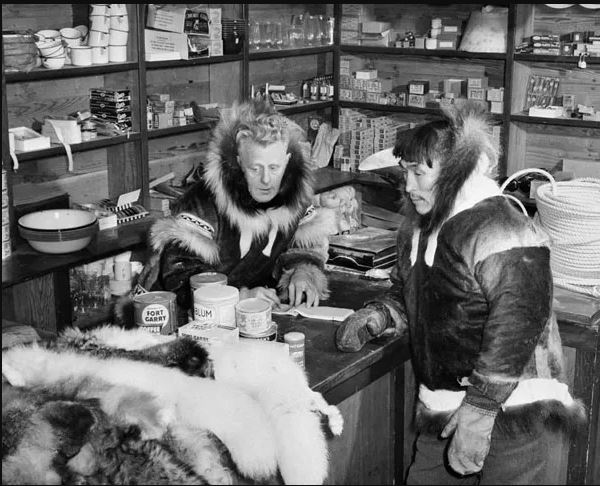 This column will complete my trilogy on the days of the week. (I’ve written about the word for Saturday before, in “Sivataaqvik: Biscuit Day” in Taissumani, on 20 July 2007). This column is modified from that previous version.

Although many of the whalers who came to the Canadian Arctic were rough-and-tumble types, a number of the ships’ captains were devout Christian men who observed the Sabbath.

On some ships, all work stopped at midnight on Saturday night and did not resume for 24 hours. Often the ship’s doctor or the captain himself would conduct divine services.

The Inuit quickly learned which captains observed the Sabbath and which did not, though they can only have had a rudimentary idea of the reasons behind this forced and artificial abstinence from activity.

Margaret Penny accompanied her husband, William Penny, a well-known whaling master, on a wintering voyage to Cumberland Sound in 1857. Penny observed the Sabbath, and Margaret recorded in her journal for Sunday, Oct. 11, that six or seven whales were seen, and that divine service was held at 2 p.m.

She wrote, “The Esquimaux seem to understand very well that they are to respect this day, for they go about very quietly & forego their usual occupations.”

For the Inuit, time had been governed by the seasons, the regular ebb and flow of the tide, the coming of light and dark. But it had never before been broken up into artificial units wherein every seventh day was one of refrain from unnecessary labour, no matter how conducive the weather might be to profitable or pleasurable activity.

This new regime necessitated new words, and in particular there was a need to define this artificial seven-day period. In Inuktitut, there is a verb, “pinasuaqtuq,” to describe working or being active.

On Baffin Island and in some other parts of the Arctic, the root of this word, with an appropriate suffix, “rusiq,” became “pinasuarusiq” — a unit of time measuring activity, therefore a week.

For Catholic Inuit it was generally “Sanatailiup akunningani” — the time between Sundays.

Individual days also needed defining. And the most important day for the pre-Christian Inuit was not the Sabbath but the day before the Sabbath, for this was the day on which most whalers paid off the Inuit in their employ.

Of course, money was an unheard-of commodity in the Arctic. Rather, the whalers paid their assistants in goods like guns, ammunition and clothing, and with food items, like tea, coffee, molasses, sugar, and the ever-popular ship’s biscuit. 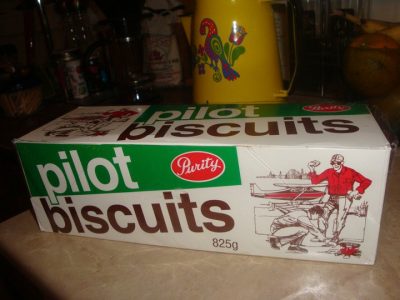 Pilot Biscuits were once a staple of the northern diet. Biscuits were given out by whalers and traders on Saturdays. (Facebook photo)

Inuit have a word, “siva,” which Lucien Schneider’s dictionary defines as “the solid part of a piece of blubber or fat that was melted over a fire.”

By analogy, because of its hardness, some Inuit used this word to describe the ship’s biscuit that was so popular a food item. One of the joys of Inuktitut, a characteristic that makes it so capable of describing new concepts, is its ability to add an affix or a series of affixes to modify a root word and give it a new or related meaning. In this way, in most Baffin communities and some other places, “siva” plus “taaq” (an affix showing getting or acquiring) plus “vik” (an affix denoting the time when something occurs) becomes “Sivataaqvik” —the time when you get your biscuits. And that day was Saturday.

Interestingly, Fabien Vanasse, in Pond Inlet in 1906 shortly after a whaling station was established there, recorded a completely different word for Saturday. He wrote “Namuksipan,” defining it as “time for ration.”

It is possible that alternative words were in use at different times and places.

The name “Sivataaqvik” continued into the trading era, even though most Inuit lived in camps rather than settlements with trading posts. Elder Noah Piugaattuk explained “Naattiingujaaq [Sunday] is only a day away when everyone would have to rest and do nothing, so the women [who lived near a trading post] would go to the store to get their rations.”

Catholic Inuit in the Kivalliq adopted a different word — Sanattailiarusiq — “a day before Sanattaili” or “almost Sanattaili.”

Similarly, some areas used Naattiingujalaarniaq (Cape Dorset) — a day before Sunday. But, said Mark Ijjangiaq, most in the Igloolik area, even Catholics, used Sivataaqvik, a word brought there from Pond Inlet.

In Nunavik, the word Allingisungaq was used — the time before the taboo is respected.

Today in most Baffin communities the word “Sivataaqvik” still means Saturday. Of course, when one hears the word, no-one thinks of biscuits anymore.

The word has become lexicalized — it has a new meaning divorced from the sum of its parts. But it was once the most important day of the week — the day when rations were given out.