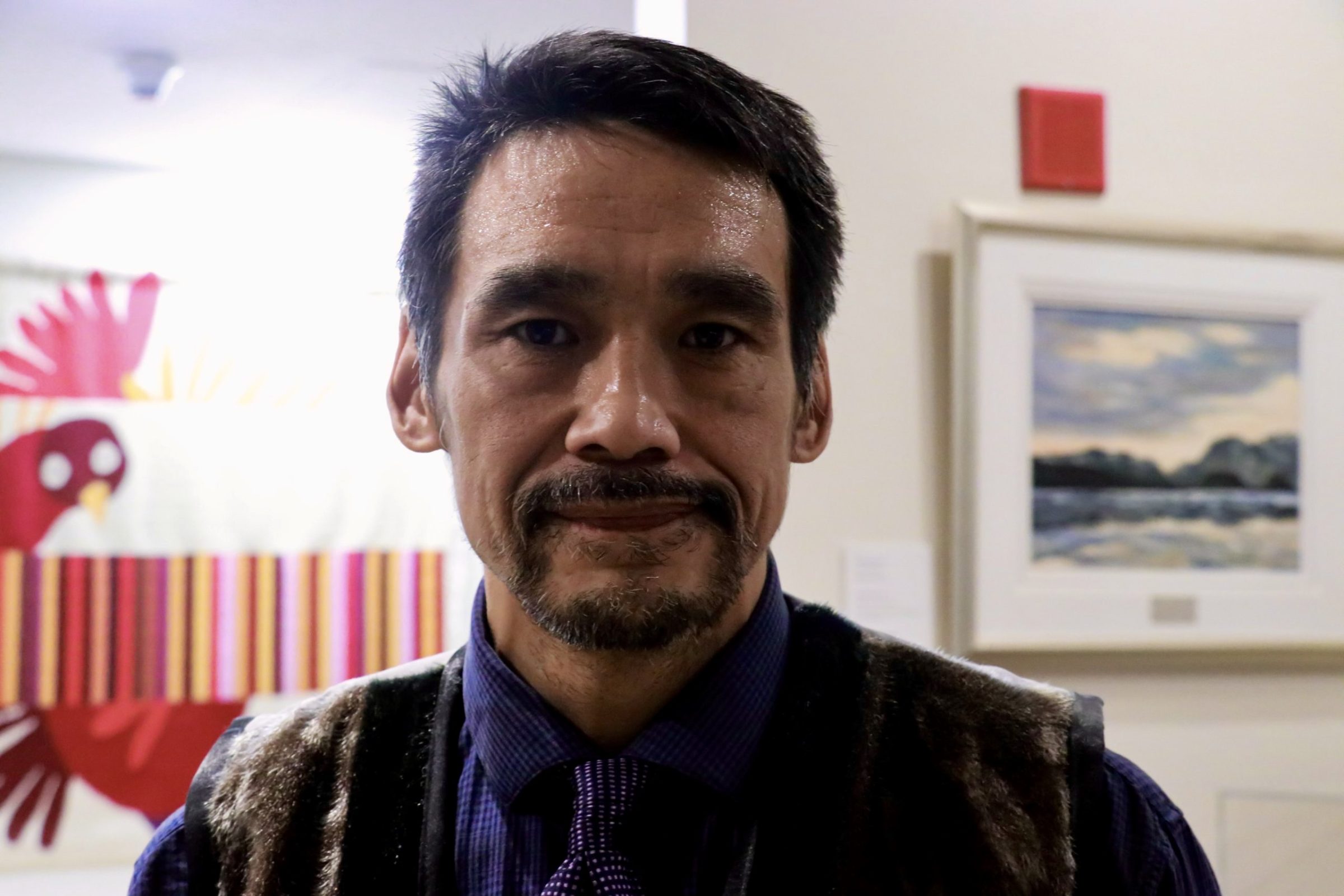 Sanirajak MLA Joelie Kaernerk is concerned about mounting health and safety issues at the Arnaqjuaq School, where over 300 students attend, he said. Overcrowding, a kitchen being used as a classroom and maintenance issues are prompting Kaernerk to push that an extension be added to the building. (Photo by Meral Jamal)

Sanirajak’s school has been waiting months for the parts needed to fix its broken fire sprinkler system but it’s also struggling with a host of other health and safety issues, the hamlet’s local MLA says.

Overcrowding, broken water fountains, plumbing issues and a kitchen that’s being used as a makeshift classroom are just some of the problems piling up for Arnaqjuaq School, the only school in the hamlet of about 900 people, said Joelie Kaernerk.

“It’s way beyond ‘wow’… I don’t know how to describe it anymore,” he said of the school’s condition.

Just over 300 students from kindergarten through Grade 12 are registered at Arnaqjuaq, Kaernerk said, but the building is only meant to accommodate approximately 200 students.

“The most overcrowding is in the kindergarten, so one teacher has to always teach 30 kindergarteners split into two groups, group A that goes in the morning and group B in the afternoon,” he said.

Other outstanding issues include flooding in one of the boys’ bathrooms, sewage vents on top of the school being vandalized and plugged, no master key available f0r all the rooms in the building, a new commercial oven that has been sitting idle for five years waiting to be installed, and water fountains that don’t work, Kaernerk said.

“Let’s say for instance, if a government building has no water, there’s a policy in place that the building has to be closed due to no water,” he said.

At Arnaqjuaq School, “this is a maintenance issue which is not looked at as a priority,” Kaernerk said. “It’s like the government has turned their back on us.”

Most worrying, he said, is that the kitchen where meals are prepared is also being used as an alternative classroom.

“I don’t think a kitchen is suitable for a classroom when it comes to safety and hazards,” he said.

Not only is Arnaqjuaq the only school in Sanirajak, it’s also the hamlet’s largest building. That means it’s used as an emergency shelter when there’s a power outage, something that happened this past October.

But it may have to stop being used for that purpose if there is no fix for the outstanding issues that make the building unsafe, Kaernerk said.

That includes having to fumble with up to 75 keys to unlock certain doors in the building, something he said he witnessed firsthand when he was at the school and staff were struggling to find the right keys for different doors.

In addition to its long list of maintenance issues, the school has been without a functioning fire sprinkler system since May 2022.

In its place, the school administration hired a fire watch team that takes shifts monitoring the school 24 hours a day, at a cost of $120,000 and counting as of Dec. 20.

A part needed to fix the sprinkler system has been on order since November, a spokesperson with the Department of Community and Government Services said last month.

The cost to maintain the fire watch is depleting the school’s budget, said Roger Beaudry, the hamlet’s economic development officer and a member of the local district education authority.

Work order requests sent to the Department Community and Government Services and shared with Nunatsiaq News show several calls for maintenance work from September through December have been marked “work in progress” or were denied.

Beaudry said those requests were initially marked as urgent by CGS before being downgraded.

Those include issues fixing the locks on the principal’s door and making master keys available to staff, requests that CGS said are the responsibility of the school administration.

“In general, management of keys is handled by the school administration. If a key core needs to be replaced, cores will have to be purchased and shipped to the community for installation,” said Hala Duale, a spokesperson for CGS, in an email earlier this month.

“There is a large risk in cutting new keys knowing that the existing keys may have been lost, taken, stolen or are out in the community and could be used to access the school.”

Other requests, such as hiring a professional to install the new commercial oven, are the responsibility of the Department of Education’s capital planning unit, Duale said. Work on plumbing and sewage would typically be completed during school closure when replacement materials are brought in by sealift.

Repairing the sewage vents can only be done once CGS secures a contractor to go into the community to plan the scope of the work needed.

However, with the cost of the fire watch growing daily, Beaudry said CGS should help foot the bill for issues like making new master keys and fixing locks on the doors.

In the meantime, Beaudry said the school is feeling the strain of keeping the building operational.

“The budget is running out. We might go on a deficit,” he said.

“They’re setting us up for failure.”

As for the school’s future, Kaernerk, he said he wants a new high school built to help ease overcrowding but thinks an extension added to the existing building will be more likely.

“As Sanirajak is a small community, I’m pretty sure an expansion would be ideal since trying to get a new school costs millions of dollars. I think that’s an important reason why the government’s not trying to see this as a priority,” he said.

Kaernerk raised his concerns about the school in Nunavut’s legislative assembly in October, and said he plans to invite the education minister to visit the school ahead of the winter sitting.

“It’s my way of making the government understand,” Kaernerk said.