School’s out in Nunavut, and one mother says the kids are alright—most of the time

But motivation can be a problem for one mom 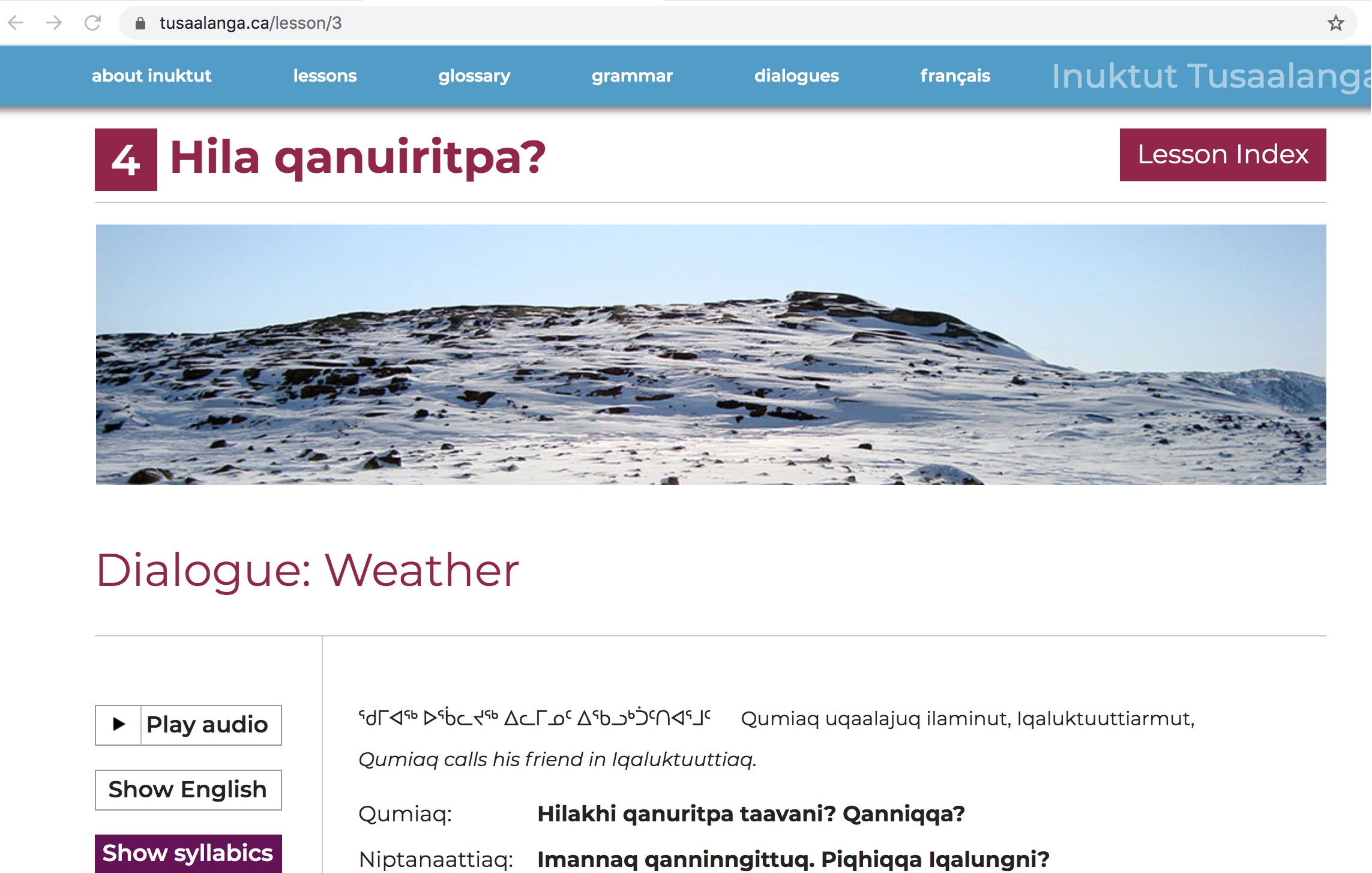 What to do when you’re home with the kids and there’s no school? One Nunavut mother has used the website Tusaalanga to pick up her children’s Inuktut lessons. (Screen shot)

Dealing with enforced closeness due to restrictions intended to keep COVID-19 out of Nunavut can be challenging.

Schools in Nunavut closed on March 17, and will stay that way until the next academic year gets underway.

Meanwhile, most workplaces remain closed. Most people are at home.

For one mother, a Government of Nunavut employee who agreed to speak on the guarantee of anonymity, it’s not always easy to get some work done and be at home with three active boys.

“Anxiety, worry, a deep funk of zero motivation” is how this woman, who lives in a smaller Nunavut community, described her state of mind most of the time during her fifth week at home.

“I went on strike once from cleaning to see if [my] family would notice a mess.… No.”

On the bright side, she’s found the key to survival during the COVID-19 restrictions is “structure and routine.”

“The expectation to get things done helps give a sense of purpose and meaning,” she said.

Mostly she said that means prioritizing her children’s school work, and then her own: “Some days I’ll even do emails in the evenings if I need to.”

She said the kids got into a structured learning routine from the start, even before they received teachers’ packages.

“At the start they missed their friends,” she said. “I missed them too, as I fed three to seven other kids they brought home every day.”

Her children also missed out on various sports tournaments, including the Arctic Winter Games.

But once they were over the initial boredom and disappointment of their cancelled events, they were OK, she said.

“They can self-regulate pretty good, even at bed times,” she joked.

And she found online activities for them, tusaalanga.ca for Inuktut and Pinterest for art.

“We have not been in touch with their teachers,” she said. “I’m sure I could’ve reached out, but I felt I didn’t need to. But we will be using the homework packages.”

Recently, one of her children finally got his homework from his teachers: “He is not happy one bit. I should have knocked on wood when I said things were OK!”

But in some ways being at home has been better for them than at school.

Now that it’s warming up, they’ve been on the land, ptarmigan hunting and fishing.

“And often the kids came home so stressed out from the chaos. The school has never been so dirty. Staff are unmotivated,” she said.

That’s something she hopes will improve when students finally return to school.